First Cow review 4 First Cow review Euan Franklin
Some of the best cinema releases post-lockdown have flourished with a scenic, poetic adoration for the outside world. The love for nature is so tangible in Lee Isaac Chung’s Minari and Chloé Zhao’s Nomadland that you can feel the winds blow from the screen to the pores on your face. That same calm, unrushed experience – outside of busy society – rivets us through First Cow, the new period drama from indie filmmaker Kelly Reichardt (Certain Women).

You spend most of the first hour with Cookie (John Magaro), a homeless chef travelling around the US in the 1820s. He's trekking through the Oregon Territory in the Pacific Northwest – mostly in the woods, foraging in the soil for mushrooms. Christopher Blauvelt’s tight but intimate 4:3 cinematography stays on the ground with him, delighting in what he finds and what he does with it.

Among the trees and the mud and the mushrooms, Cookie finds a naked Chinese man, King Lu (Orion Lee), who’s escaped a band of violent Russians. Cookie helps him, they part ways, and they meet again. Slowly and subtly, they become friends: starting with small and beautifully written moments of quiet awkwardness. Cookie’s the reserved and creative introvert; Lu the worldly and talkative extrovert.

Soon, they discover that the pompous Chief Factor of the area (a marvellously cast Toby Jones) has imported the first cow into America. Lu and Cookie hatch a deliciously dangerous plan to make some money: stealing the milk from said cow, baking scones, and selling them to the local inhabitants for a profit. 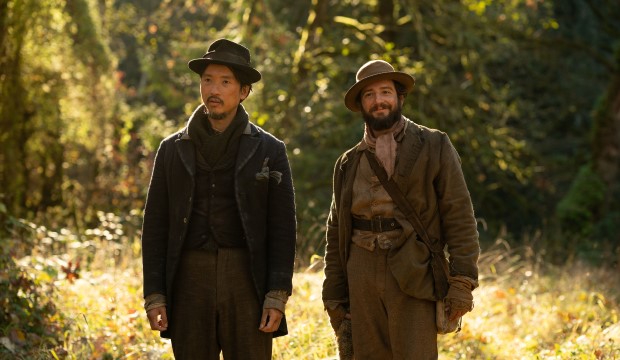 Reichardt and co-writer Jon Raymond, partially adapting the latter’s novel, approach the premise with a pleasant, organic patience. Whereas many movies can’t get away with such build-up, First Cow is so meditative that the inevitable plot feels like an intrusive yet necessary burden.

The resulting union between Lu and Cookie turns into a lovely bond, one that’s barely expressed beyond cordial smiles and tiny acts of kindness. It can be too subtle at times, and this critic would’ve liked more scenes where they enjoy each other’s company. But that would run the risk of adding an artificial, unnecessary layer to their dynamic. 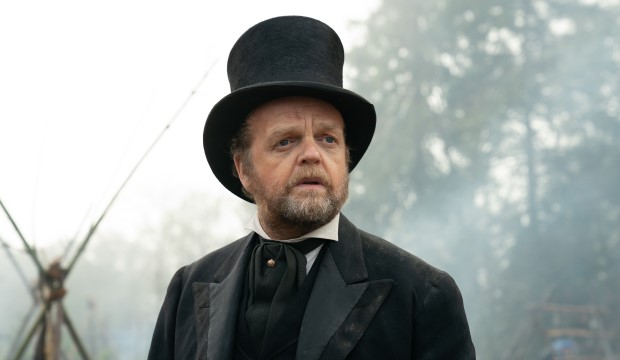 The camera often gravitates towards certain images, pausing to admire their beauty. A couple involve birds: an old man with a huge raven on his shoulder, a younger man stroking a baby bird. Animals are treated with respect here, especially by Cookie, who converses with the cow as he milks her. But some of the nicest images involve cooking. The way Cookie fries the scones, slathers them in honey, and sprinkles them with ground cinnamon – it’s tasty movie magic.

Reichardt and Raymond also make thoughtful acknowledgements of history throughout First Cow. The film opens in the present day, as a woman and her dog discover two skeletons buried by the river. Around 200 years prior, Lu says in one scene that ‘history isn’t here yet’ – demonstrating America’s infancy as a country. These moments show how close these times are.

And despite the poverty in Lu and Cookie’s situation, the absence of cars and smartphones and skyscrapers offers a beautiful escape from where we’ve arrived. First Cow is a serene and soothing achievement.

First Cow is in cinemas from Friday 28 May, and will be available on MUBI from Friday 9 July.