Piper is enjoying another reinvention of sorts, as proven last year with I Hate Suzie. It's been clear in recent months that Piper has plenty more to offer. And like Suzie, Rare Beasts – which has been developing for many years – tells a fraught story of a woman on the verge of a nervous breakdown. There’s no celebrity angle, but Piper retains the anxiety, the guilt, and the concessions made as a woman in the modern world.

The film exists in a surreal, nightmarish flow: spilling with thoughts and subtexts, spoken out loud for everyone to hear. Mandy could be walking down a regular street and hear other people's existential worries, which tap into hers. There’s also a touch of Greek filmmaker Yorgos Lanthimos (The Killing of a Sacred Deer) in the dialogue: uncomfortably unnatural, giving too much information.

She crosses through the various psychological concerns in her life. She endures her terminally ill mother (Kerry Fox) and emotionally abusive father (David Thewlis), as well as the micro- and macro-aggressions from everyone around her (male and female alike). 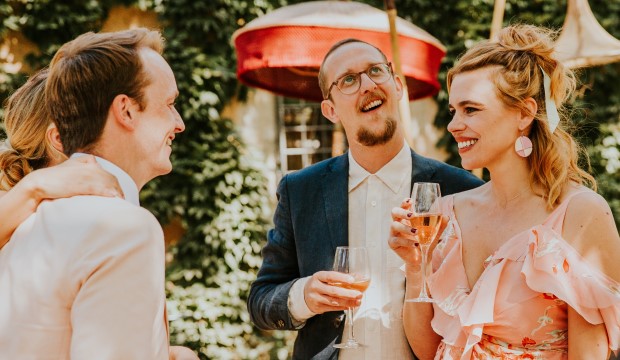 Piper also satirises the patriarchy and misogyny that passes down through the generations. The aggressive anti-feminist stances, seeping into every minute of Mandy’s existence, spread to her son Larch (Toby Woolf), who might have OCD. He screams and shouts when his mum does something wrong, but shuts his mouth when Pete speaks up. One scene has both Pete and Larch collapsing to the ground in abstract fits of male rage, showing the innate puerility in such outbursts.

Mandy works at a TV production company, in which the ideas are all the same and anything honest or female-centred is shouted down. Early on, her greying male boss states quite clearly, ‘nobody wants to read about miserable women because they don’t exist’. When she attends a wedding, in a sequence that features a cameo from Lily James (The Pursuit of Love), the priest stridently sermonises about married women respecting their husbands. The man's wellbeing is always prioritised.

All of this culminates in a breathtaking ending, where she’s surrounded by scattered judgements about how she wants to live her life. Although much of the film feels cold and nihilistic, it's saved by these more tender moments.

Piper clearly gives her all to Rare Beasts. Despite the regular flaws inevitable in debut films (mainly the low budget), she writes a strange and riveting story – bolstered by a tense, absorbing central performance from which you can’t look away.

Rare Beasts is in cinemas and available on digital platforms from Friday 21 May.