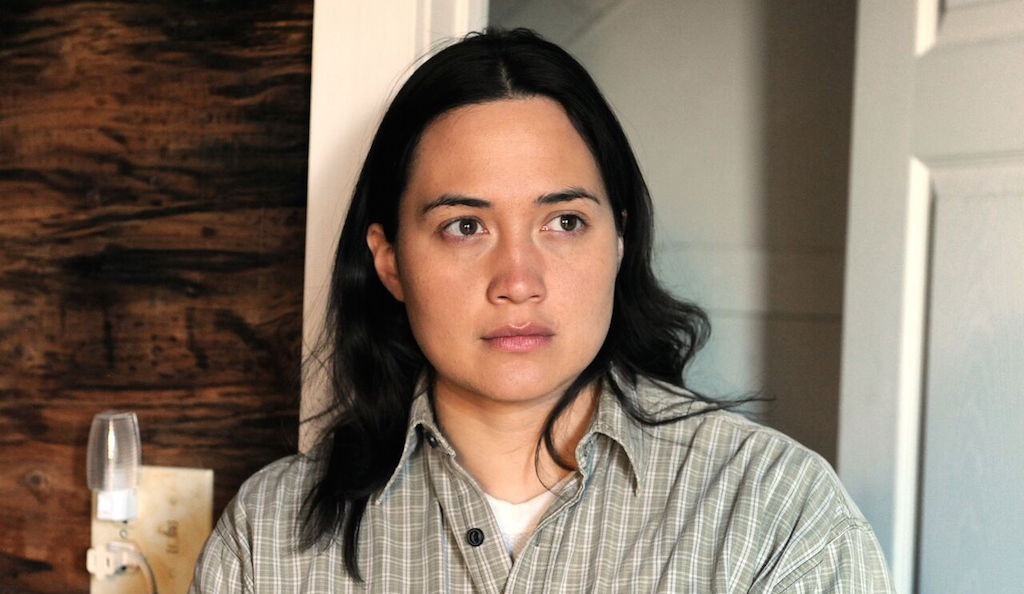 Lily Gladstone, Laura Dern, Kristen Stewart, Michelle Williams – Certain Women film, Kelly Reichardt interview
In his poem ‘Managing Anger’, Clive James bemoans the histrionic performances of over-actors, the ones who wreck rooms and smash plates in order to demonstrate how terribly emotional they are. But although such displays are ‘false to the core’, James writes, they have a very basic appeal: ‘The screen experience gives us a gauge/For our real lives, where we go on for years/Not even mentioning some simple fact/That brings us to the aching point of tears –/Lest people think it might be an act.’

Which is all very well, but the poem implies a thirst for fiction that isn’t so exhaustively demonstrative. ‘God forbid that actors bottle up/Their subterranean feelings so that we/Can’t see them.’ If he hasn’t already, James would do well to check out the work of director Kelly Reichardt. She is cinema’s poet of subterranean feeling. No smashed plates in her films.

Her previous film, Night Moves, must be the most delicate and low-key film ever to centre on an exploding bomb and climax with a murder; Certain Women – in cinemas now – is also typically hushed. The film’s three protagonists, each confined to their own act and unaware of the others, are suffering quietly without moments of catharsis or connection. It makes Paterson look like Allied.

This could have made Certain Women opaque to the point of being irritating, but Reichardt (and her accomplished cast) give us just enough clues about these characters’ subterranean feelings that the audience finds itself intrigued by the little it knows. The film encourages you to pay attention, to listen and observe, and as you become attuned to the stillness of Certain Women, the inner lives of its protagonists can just about be discerned under the layers of obfuscation.

The whisper of thoughts, the rustling thump of a pulse rising a few BPM, a facial expression quickly suppressed. Observing these feels like a strangely hallowed experienced. You’re not being shown something – you’re being allowed to observe it, secretly.

Anyone expecting Kelly Reichardt to be a brash Oliver Stone or gabby Quentin Tarantino is being perverse. Polite and reserved, Reichardt talks so elliptically that it’s sometimes hard to follow, and getting straight answers out of her requires a bit of effort. 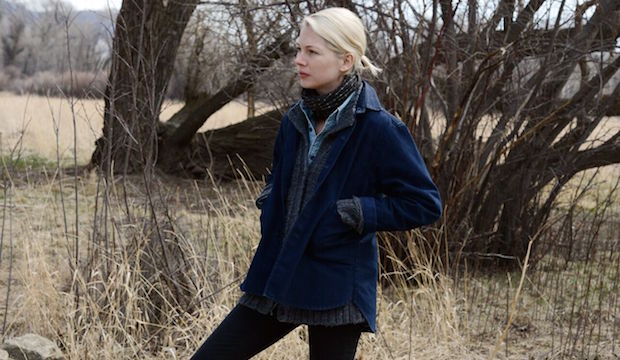 We start with an easy question: what connects all the characters?

‘I would say – maybe, hopefully – ambiguity connects them,’ she says. This is such an obviously gnomic and inscrutable response that she semi-apologises for it. ‘Well, you know when you’re making a film, you’re working so hard not to hammer anything home, not to sum it up.’

In the end, she won’t stretch beyond the ‘surface’ connection of location – the women all live in Montana, in or around the city of Livingston – and ‘the sounds of the trains’ that pass through the area. There’s obviously a million invisible thematic threads that stitch these characters together, but Reichardt isn’t saying what they are. Her final word on the subject is almost comically oblique: ‘It’s very windy where they are. How’s that?’

More answers might come from the book on which Certain Women is, in part, based: Maile Meloy’s 2009 short story collection Both Ways is the Only Way I Want It. Reichardt selected several characters from the book and wanted to see ‘if there was a reason to tie them together’. She wanted to ‘have these women work off each other’, something she’s managed to achieve without having them interact once.

The most memorable story is the last one, in which a rancher (Lily Gladstone) develops an unrequited connection with a visiting lawyer from out of town (Kristen Stewart). Interestingly, Reichardt changed the male rancher ‘Chet’ to a female Jamie, adding another layer of sexual confusion and longing to the character’s desperate loneliness. It’s a decision that also maintains the all-female ensemble, and gives the dynamic between Gladstone and Stewart greater complexity.

It's a devastating third act. Despite the clear inevitability of the conclusion, you watch it with the faint hope that love or friendship will develop. 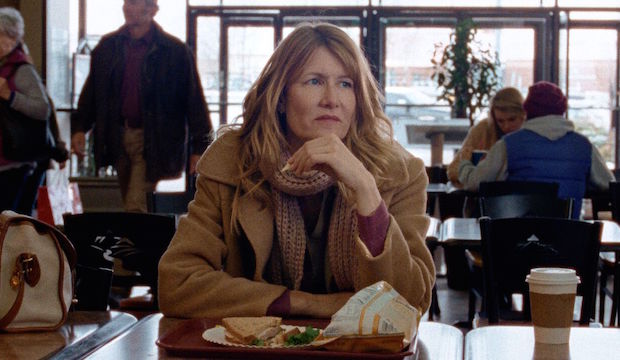 From the way that Reichardt says ‘I understand that the last story is, like, the heart-warming one’, it’s pretty apparent that she’s less interested than her audience in the film’s emotional pay-off (and is a little hazy on the difference between ‘heart-warming’ and ‘heart-breaking’). She tells us that she shot enough footage to make an entire film of just Gladstone feeding horses – which would possibly be the most Reichardtian film of all time – and you get the impression that that’s the film she’d make if she could.

‘But,’ she says wistfully, ‘people seemed to get tired of watching horse feeding after a while’. Well, yes. But it’s hard to argue with her when she describes how ‘there’s a point where… the beauty of the place overwhelms the roughness of the chore, and so it kind of cancels it.’

Despite the authenticity of Certain Women’s sense of place, Reichardt isn’t from Montana. She grew up in Miama, ‘a complete cultural void’, and didn’t really discover film until she left for Boston. While living there she watched the films of Robert Altman and Jim Jarmusch: ‘Stranger Than Paradise, at the age I was at that time, was really like a licence to make a movie. And I think that’s the effect that film had on a lot of people.’

Both Altman and Jarmusch have made films with characters living seperate lives that just about cross over. ‘But as far as combining stories together,’ Reichardt says, ‘those [directors] aren’t the connections I would go to for this. I mean… there aren’t a lot of good examples of a triptych working.’ Splitting a feature-length film into three different stories isn’t a common move, for obvious reasons, and the writer Patrick DeWitt – ­­whose novel Undermajordomo Minor Reichardt is adapting next ­– told her it was ‘a really horrible idea’. 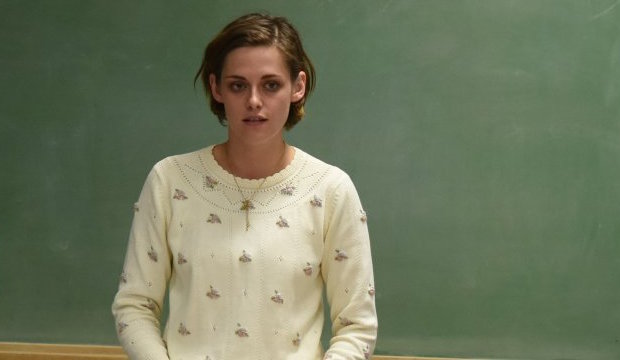 This tenacity isn’t surprising, but Reichardt says that she does take advice, and loves the community of artists and writers that she goes to for feedback.

Outside of this coterie, however, she must have encountered some resistance to her singular and resolutely un-Hollywood approach. Towards the beginning of Certain Women, Laura Dern delivers the most plainly-spoken line in the whole film. ‘It would be lovely,’ she says, ‘to think that if I were a man, I could explain the law and people would listen… that would be so restful.’ We quote this to Reichardt, and she starts nodding.

‘Oh yes, yes, yes,’ she says, looking uncomfortably resigned about the topic at hand. ‘I knew that shouldn’t have put that line in. It’s too on the nose, because you might get asked about it.’ We feel slightly bad about this, but ask her anyway. Does this line have personal resonance for her, as a woman working in the film industry?

Cornered, she says ‘of course’ with as much ambivalence as that phrase has ever carried, and then talks instead about the beauty of the phrasing. It was the word ‘restful’ that really spoke to her. ‘I thought that was a lovely phrase. I’m pretty sure it’s in the book. I just liked the expression of that.’

Seduced by the appositeness of the word, and the hidden stresses it implies, Reichardt has ended up putting something explicit and nearly confrontational in her movie. It seems almost accidental, something she’d be at pains not to repeat. As she rhapsodises about the myriad subtleties afforded by good sound design, mentioning again the way Montana’s wind creates a sense of space, it’s clear that such deviations from the Reichardtian sensibility are anomalies.

‘Dialogue is just one tool in the toolkit of all the possibilities of sound,’ she says. ‘There’s lots of different ways to get something across besides someone coming out and saying, ‘if I were a man…’

It’s to the inestimable benefit of cinema that Kelly Reichardt is a real expert with a range of such tools, and has tinkered away at Certain Women until it runs as smoothly – and as quietly – as it does.