Trespass Against Us film review ★★★★★

Trespass Against Us film review 4 Trespass Against Us film review Matthew Robinson
Does anybody remember the Metro? Twice, yes twice, winner of What Car's 'Car of the Year'. By modern standards a thoroughly square little hatchback and probably lacking the power of its contemporary counterparts. Yet in the the hands of somebody like Chad Cutler this diminutive motor vehicle, like a pesky mosquito, can outmaneuver even Gloucestershire Constabulary's finest policemen.

The high-speed police chases, which cut through the rolling countryside and isolated towns as Chad (Michael Fassbender) and his traveller-companions duck and dodge the coppers, suggests a kind of South-Westerly version of Bullitt (just paint the San-Francisco hills green and give everyone a West-country lilt). The absurd and eternal frustration of P.C. Lovage (Rory Kinnear) in bringing a family of travellers to justice for one ambitious burglary in particular, offers a backdrop to an entirely different set of dramatic issues. The travelling community in Trespass Against Us depends very much on family autocratic family values, and Chad's father Col Cutler (Brendan Gleeson), as grandfather and head of the family, rules the roost with a firm hand.

It's when Chad begins to look outside the community, for the benefit of his own family, that father/son rivalry is brought right to the forefront of the drama. Chad's young lad Tyson (Georgie Smith) is caught in the midst of clashing ideologies, without the age and maturity to think for himself. Despite Chad's ambitious parenting – teaching his son how to chase rabbits across fields in an estate-wagon, for example – it's painful to watch as he struggles to keep a grip on the boy in the face of Col's unrelenting gift-of-the-gab and alluring-but-parochial wisdom. 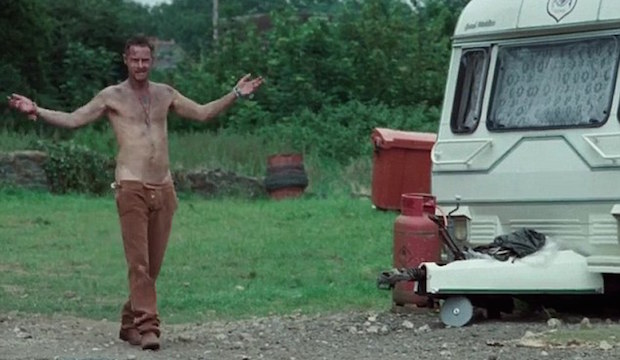 Michael Fassbender - Trespass Against Us

While there are harsh and sometimes violent differences between Chad and his father, the relationships are rarely painted as anything but truly loving. This is the greatest strength of Alastair Siddon's script: to question with tremendous subtlety how far a family's loving bond can be stretched. The casting of Gleeson and Fassbender is exceptionally successful: to watch these two convey the vicissitudes of a tense father/son relationship with a uniquely bittersweet pathos is a gift of contemporary cinema. Lyndsey Marshall plays Chad's wife Kelly and delivers perfectly on the desperation of a woman struggling to keep the family functional while looking out for her children's future.

The story certainly offers a great deal of thematic weight. All this family drama is portrayed within the context of a community of self-imposed pariahs desperately out of touch with society. It's a shame, then, that the criminality thread of the narrative is somewhat lacking in depth. Little effort is made to explain the decision for the family to resort to crime, and Kinnear is such a magnetic portrayal of the exasperated small-town cop that it's frustrating not to see more of him.

Trespass Against Us, much like that famous chase scene in Bullitt, is choreographed expertly, with drama and comedy placed perfectly throughout. But at its heart this is a beautifully tender story of internal family struggle, and a hugely promising debut from director Adam Smith. 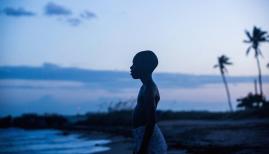