1 CW reader is interested
The Founder film review 3 The Founder film review Matthew Robinson
Technically, McDonald’s used to be McDonalds’. When the burger chain began as a single outlet in San Bernadino, California, it was owned and run by Dick and Mac McDonald. Through sheer perseverance, these two brothers had perfected the fast-food restaurant. It was a model of cleanliness and productivity, a one-of-a-kind. America had other plans for it.

It’s 1954, and mediocre has-been salesman Ray Kroc is failing to hawk milkshake-makers when he comes across the brothers McD. Here, he sees, is everything that has been missing from his flabby, disappointing life: the restaurant’s kitchen is a ‘symphony of efficiency’, the whole operation like something ‘sprung from the mind of Henry Ford… revolutionary’. Here is the success – the harmony – he’s been chasing forever.

The only problem is that Dick and Mac lack the vision to see how truly successful their product could be. They’re hung up on things like ‘quality control’ and ‘integrity’ – old-world concepts that can only hinder the brave new post-war America. Kroc wants the Golden Arches to become as ubiquitous as church-spire crosses and stars ‘n’ stripes – all he needs to do is convince the McDonalds to let him franchise their little hamburger joint. Who knows? It might make someone a buck or two. 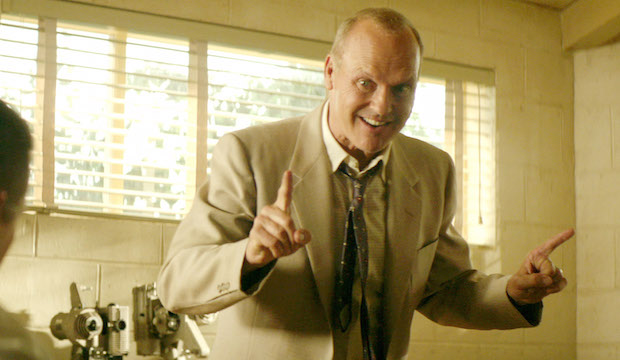 How this true story unfolds – how Kroc’s machinations and unrepentant expansionism makes his relationship with the McDonalds increasingly fraught – is fairly predictable, even if you don’t know exactly how it pans out for everyone (hint: well for some; less well for others).

But there’s a certain amount of enjoyment to be had in the story’s telling, mostly due to Michael Keaton’s performance. Keaton, playing Kroc, is inspired casting. Creased and crumpled, his beady-eyed huckster has a tragic little grin – hardly as crocodilian as his name suggests – but also a revving, semi-seductive purr of a voice.

It’s a show of desperate ambition almost as good as in Birdman, and the highlight of an average film. The other characters are nowhere near as interesting – Laura Dern joins the prestigious ranks of great actresses relegated to underwritten wife roles – and the script isn’t as sharp or poignant as the story deserves.

As with Hidden Figures, also released this week, The Founder is a true-story film set in the middle of the last century with themes that pertain to today. As a way for audiences to get an idea of how recent history has affected Western society, it’s perfectly serviceable. But considering how utterly the world has been shaped by the impulses Kroc represents, it’s a shame that this film isn’t more than briefly diverting.