Louis (Gaspard Ulliel) is finally coming home to see his family. 'Finally' is the operative word – not only has Louis been absent for 12 years, but he’s come to tell his mother and siblings about his terminal illness. He plans on breaking the news over lunch and then disappearing forever. The apparent reconciliation is actually a farewell.

Dolan’s film never explicitly states the reasons for Louis’ long disappearance, but it doesn’t have to. Gay, cosmopolitan and creative (a successful playwright), it’s understandable that Louis would flee from his nameless provincial town without looking back; there’s also the suggestion of a drugs-and-sex scandal with a beautiful neighbour that might have instigated the departure. And then there's the fact that Louis’ family is as volatile, solipsistic and fractious as Louis himself is sensitive and watchful. Accordingly, the day of his return is as difficult as you’d expect.

It’s a story that depends on its characters, here played with varying degrees of success by some big names. Léa Seydoux is arguably not gauche enough as Louis’ teenage sister Suzanne; Marion Cotillard does much better as his sister-in-law Catherine, but having Hollywood’s go-to femme fatale play a mousey, self-conscious housewife jars. Vincent Cassel ends up being the standout as Louis’ brother – his performance reaches a marvellous pitch of spittle-flecked Casselian anger, despite his character seeming to start out as needlessly aggressive, a convenient instigator of chamber-piece conflict. 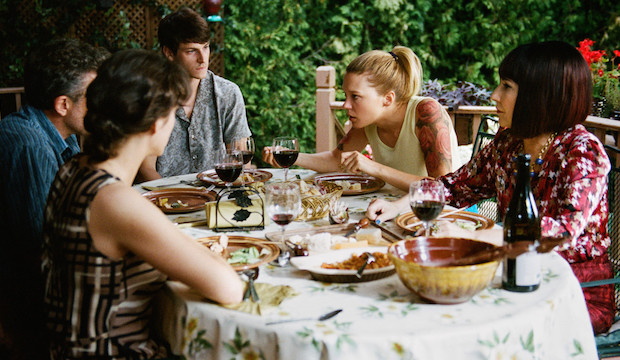 Cassel’s performance exemplifies how It’s Only the End of the World is in constant struggle with its origins as a stage play (Jean-Luc Lagarce’s Juste La Fin du Monde). What’s refreshing is how, unlike the recent Fences or the dire Una, Dolan’s film finds a mostly-successful way to overcome the limits of adaptation. While it isn’t able to convincingly update the central plot-hinge (Louis is only 34, and dying of something unnamed that was clearly AIDS in Lagarce’s 1990s play) it manages to make the characters’ monologues relatively organic-seeming, and mercifully restructures the abstract second half into something with an emotional pay-off.

Also impressive is how the cinematography acts as a near equivalent to live theatre’s trump card: the physical presence of actors. By having the camera hang intrusively close to the faces of Cotillard, Cassel and Ulliel, Dolan provides moments of subtlety that balance out the occasional escalations into melodrama. He’s an uneven stylist, as likely to be influenced by Titanic as Michael Haneke, but his film is good enough to sit with Moonlight and Theo & Hugo as a recent example of superlative gay cinema.