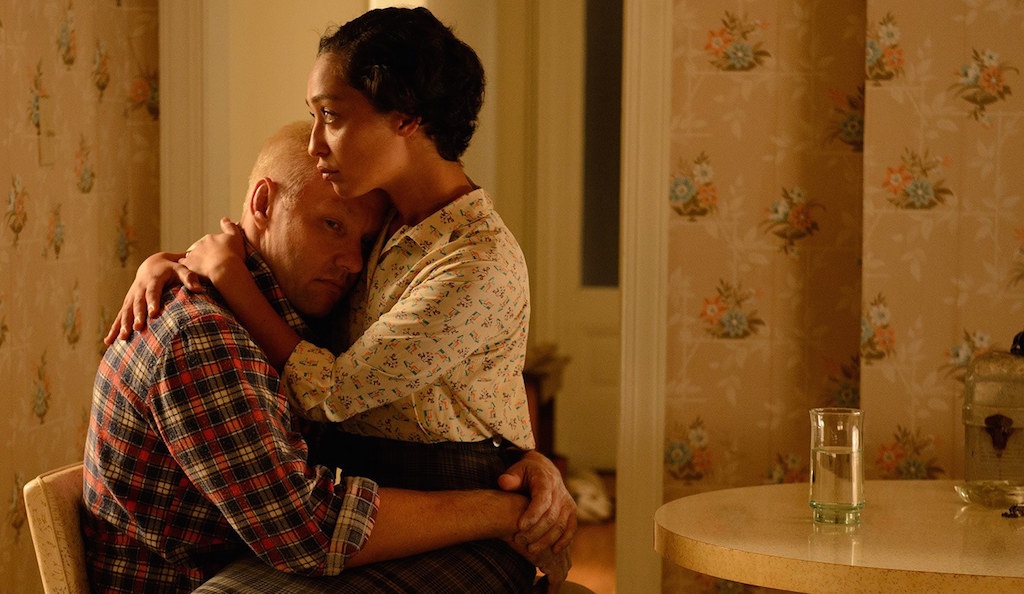 ‘I wasn’t ready for this,’ one critic kept repeating. ‘I wasn’t ready for this.’ Another had exhausted her Kleenex and was searching fruitlessly in her handbag for an auxiliary pack. The guy on our left, a stoical gentleman leaking steadily from his bi-focals, was trying to steady his trembling lower lip with his stiff upper one. His seat seemed to vibrate slightly from the effort.

Us? We just had something in our eye.

Our first question for director Jeff Nichols is: ‘how many people have told you that Loving made them cry?’

‘Enough,’ he says with some weariness. ‘Enough!’ 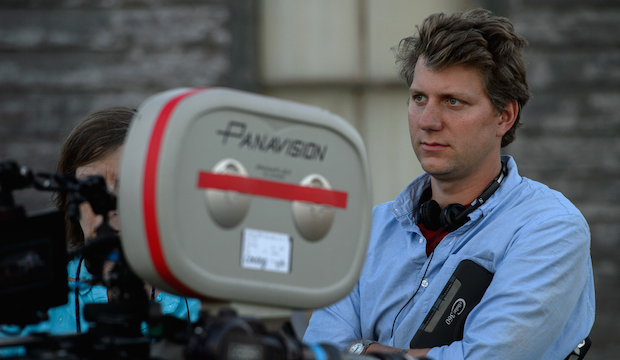 Of course, it’s no revelation to Nichols that his film is a tear-jerker. He made it, after all; he designed and constructed the mechanism that jerks tears so ruthlessly from eyes. Loving is the fifth film in a career that has had no miss-steps and at least one classic (2012's Mud). Nichols knows what he's doing.

A boyish 38, he talks in a soft, serious way that makes you lower your own voice; he leans forward, frowning at the questions, and you automatically lean in frowningly yourself. There’s no incongruity between the intelligent, hushed, considered Loving and its director.

Nichols concedes that the overwhelmingly lacrimal response to his film is ‘very flattering’, and that affecting his audience was his aim. Indeed, its authentic power is built into its foundations.

‘It’s not your typical way that you would lay out a narrative,’ he says. ‘Especially a narrative about a civil rights court case. And my argument for this style is that there’s an emotional impact at the end of the film, if you give it time.’

‘There’s this cumulative effect that happens: you feel the weight of the time taken away from these two people. It requires this accumulation of moments in order to feel it.’

To fully appreciate Loving, you really have to watch one of its trailers (this one will do). They’re entirely unexceptional as far as trailers go, but that’s exactly how they end up underselling Loving, which is an exceptional film.

‘I believe this is a battle that could go all the way to the Supreme Court!’ says a character, importantly. ‘You realise this case could alter the Constitution of the United States,’ says another character, with gravitas. SOME LOVE STORIES CAN CHANGE THE WORLD, say the interstitial cards. Syrupy strings indicate romance; mournful horns indicate patriotism; a tinkling piano indicates redemption.

Well, all trailers radically contract and simplify the films they’re selling – that’s their job. But the gulf between Loving and ‘Loving Official Trailer 1’ is especially wide for a film of its genre. So many true-story dramas – films based on real, significant events – are as sentimental and broad as their own advertisements, employing the same manipulative musical cues and spelling out the historical significance with the same baldness.

Loving sets itself apart by eschewing all that is phoney, concentrating on what is vital about its story.

This is partly achieved by the remarkable performances of Ruth Negga and Joel Edgerton (as Mildred and Richard Loving), but also by the writing and directorial artistry of Nichols. Without naming some similar films that fail where his succeeds (Free State of Jones; A United Kingdom), we ask him what he thinks about the true-story genre.

‘It’s more a conversation about what I think about the audience,’ he replies.

‘We’ve seen so much. We’ve experienced so much through film, through visual storytelling… I don’t know. I just kind of get bored with it, if traditional levers are being pulled.’

‘I guess sometimes there’s value in walking into a movie and fifteen minutes in you know exactly what it is. You can just sit there and see specifically how it turns out.’

‘That’s a different type of entertainment. It’s one that kind of lulls the audience through the experience, and that’s not really what I’ve done as a filmmaker to date.’

‘It takes an active mind to watch one of [my] films. You have to ask questions about what’s happening in between all the scenes… There’s a participation that has to happen between film and the audience which is maybe not typical in biopics.’

While Loving isn’t a slog of a film ­­– ‘it’s not medicine,’ Nichols stresses ­– neither does it make things too easy for the audience.

For instance, it refrains from making cartoon villains out of those on the wrong side of history. Marton Csokas is all-too convincing as Garnett Brooks, the sheriff who has the Lovings arrested and, in one chilling scene, lays out his philosophy of racial division. There is nothing inherently evil about the man himself; but his beliefs are strong and ­– in 1958 – prevalent.

‘He enunciates his world-view.’ Nichols says of Brooks. ‘Which in a way is more terrifying, simply because he doesn’t have to be malicious. He’s not beating Richard into the ground behind the jail-house. He believes that he’s justified in everything he’s doing, not just because of the laws of Virginia but because of laws of Nature and God.’

‘And you realise, oh goodness, this guy’s part of a system that’s indicative of a majority of white men in the South at that time. And the reason why he doesn’t have to make a big show of it is because he knows he’s right.’

Again, though, Nichols emphasises how important it is not to underestimate the comprehension of viewers. They don’t need moral signposts: ‘Audiences are so smart. They know all of this stuff.’

What’s fascinating to Nichols is how these same audiences interpret his film according to their emotional and political requirements.

‘It’s been amazing to me, since my first film [Shotgun Stories (2007)], how much the audience interprets the films through themselves.’

‘It’s as if they take what they need ­– sometimes what they want, but usually what they need – out of the film. And right now they need different things than they needed when it premiered in Cannes [in May 2016].’

Back then, Nichols says, people needed a voice for the frustrations of the Black Lives Matter movement; and while those concerns are still ‘extraordinarily relevant’, the results of the US election mean that people now also want to understand how ‘the individual can make a difference in a society that seems to be moved by big political movements, big political sides.’

It did. And Loving is that rare thing: a film that does justice to reality.

Loving is in cinemas this Friday.