With her scrapbook documentary Cameraperson, Kirsten Johnson has made a stirring montage of the 21st Century

That’s the question that recurs for the viewer throughout Cameraperson, framed in both a philosophical and a more literal, immediate sense.

Director Kirsten Johnson describes her film as a memoir, and it would also be possible to describe it as a composite portrait or collage. But describing it with reference to writing and painting is misleading, as Cameraperson wouldn’t be possible in any other medium than film. Among other things, it’s a demonstration of what documentary can do, and one of the best films of 2017 so far.

Johnson is a cinematographer who has worked on a wide range of documentaries, and Cameraperson is a montage – without voiceover or much explanation – of footage that was shot for other peoples' films but never used in the final cut. In a way, then, Cameraperson is the opposite of a ‘best of’ compilation. It's a ‘worst of’, complete with errors and lapses in professionalism. But it’s a testament to Johnson’s abilities that her film is also an extraordinary document of the 21st Century (the film uses clips from 2002 to 2016) – or, at least, as much of it as can fit into 102 minutes.

There is the aftermath of war and murder. There are children burying the body of a bird. There’s a boxer entering and leaving the ring; a drift of snow falling from a roof; a hazardous birth. Cameraperson is a scrapbook, and feels pleasingly scrappy. Johnson’s expert camerawork is often jostled by and interrupted by unknown events and motives. Vignettes usually begin in media res, and end without warning or resolution.

This glitchy decontextualisation argues for the significance of every brief ‘scene’. Nothing is there for texture, story advancement, or thematic patterning; inclusion is predicated on an isolated instance’s own mysterious power, and accordingly you pay attention to it all. It’s ironic that all the material in Cameraperson was once considered expendable, considering that none of it feels extraneous. Everything – from a sneeze in a thunderstorm to a cheer-squad’s dance – demands to be appreciated first and foremost for itself, rather than as, say, evidence for an argument. Each moment is intense because it is authentic and authentically preserved. 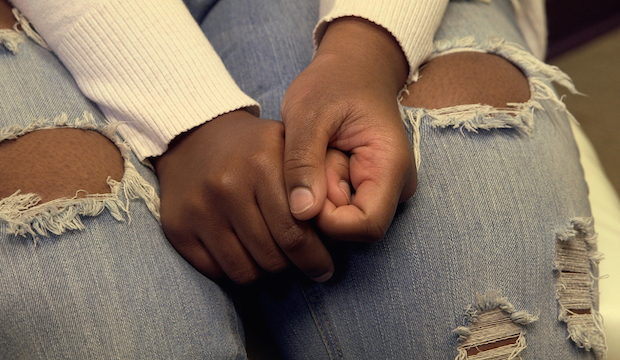 Preoccupations do emerge, albeit seemingly organically. One of them is there in the title, practically subliminal, hidden in the middle of the portmanteau: rape. Rape from Bosnia to Pennsylvania, USA. Mass rape, sexual enslavement, child abuse.

There’s no apparent thesis, however, no statement about what the prevalence of sexual subjugation about the world. Johnson loops back to certain stories, and certain juxtapositions are blunt, but this seems less about imposing authorial meaning and more about ordering the footage into compelling, breath-taking sequence. It streamlines the eclecticism of the world according to aesthetics rather than agenda. Its re-watch value is through the roof.

It wouldn’t have worked as a deliberate, Linklater-type project. The result would have been gimmicky, whimsical, and precious – but mostly just impossible. Impossible to fund, impossible to film, impossible to execute with sufficiently honest purpose. So as successful and sui generis as Cameraperson is, it’s hardly going to inspire a new school of filmmaking. It’s a perfect one-off, an arrangement of hoarded shards, all of them glittering, all of them minutely lacerating. 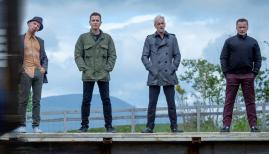