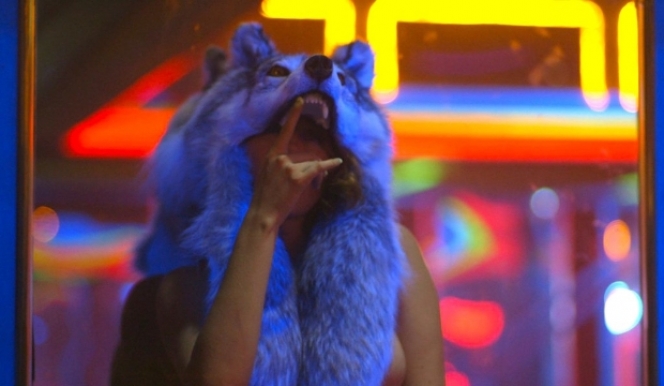 Documentaries to watch – LoveTrue (2017), The Eagle Huntress (2016), Life, Animated (2016), Tower (2017), Cameraperson (2017)
Documentaries are boring. They're boring even when they're interesting, and they're very boring when they're not interesting. Not much happens: historical facts are stated, archive-footage is given an airing, and the director interviews an expert who embodies the Farrow & Ball colour known as Elephant's Breath. They are to be watched dutifully, after you've binged on things that are actually entertaining.

No, we don't believe that either. And if you know anyone who does believe it, sit them down in front of one the films below – the best documentaries we've seen recently.

Fragmented, dreamy, and frequently pretentious, it's hard to take LoveTrue 100% seriously. Israeli Alma Har’el’s film alludes to metaphysical 'one-ness' in the vague and well-meaning way that dippy art-students called Opal have been doing for decades. Documentaries are often praised as 'hard-hitting'; LoveTrue hits softly, like a pillow fight in a pile of beanie babies.

But the stories that LoveTrue consists of – in which young people come up against the strange, impure nature of love for the first time – are touching, and Har’el’s approach is humanising. By the end you'll have your favourite character. Ours is Coconut Willie.

For the nomad Kazakh minority in Mongolia, eagle hunting is a 2000-year-old tradition customarily passed on through generations of fathers and sons. Aisholpan, however, is a 13-year-old girl who dreams of bucking this very long trend.

Visually, The Eagle Huntress is stunning, taking in the beauty of nature with both picturesque landscapes and close-ups of wildlife. But Bell's film is more than solely visual: it sheds light on the traditionalist views that still shape the practice of eagle hunting, and how such views can be challenged by someone small, determined, and handy with a bloody huge bird.

Life, Animated tells the story of Owen Suskind, a young autistic boy who defied a gloomy prognosis to become a lively and socially active adult.

What's unique about Owen's story is the role played in it by Disney animations. It was through repeated viewings of his VHS collection – including classics that will be familiar to everyone, like The Lion King and Bambi – that Owen learnt to understand a world that he found confusing and scary. Life, Animated confirms what every 90s kid knew already: Disney films contain multitudes, and can never be watched too many times.

Read our review here, and our interview with the director here.

On the off chance that you don’t know what it’s like to be shot, here’s the lowdown:

When the bullet strikes you, there’s a huge jolt like an electric shock. It knocks you over and, as you lie in the searing midday sun in a pool of your own blood, you feel like you’re melting.

There’s also a huge weight pressing down on your whole body; it feels so much like gravity has increased that you suspect, in your delirium, that something science-fictional has happened to you – perhaps the sniper shot you with an anti-matter gun? Anything is possible in this strange new reality.

Tower – a partially animated documentary about the 1966 University of Texas shootings – renders that reality with chilling effect.

Johnson is a cinematographer who has worked on a wide range of documentaries, and Cameraperson is a montage of footage that was shot for other peoples' films but never used in the final cut.

In a way, then, Cameraperson is the opposite of a ‘best of’ compilation. It's a ‘worst of’, complete with errors and lapses in professionalism. But it’s a testament to Johnson’s abilities that her film is also an extraordinary document of the 21st Century. It defies summary and explanation, and demands to watched on its own terms – even as it redefines those terms.