Certain Women film review 4 Certain Women film review Matthew Robinson
Director Kelly Reichardt specialises in films that are muted and lightly plotted, characterised by ruminative protagonists and empty environments, and which proceed without arty flourishes or deviations from realism. It’s a style that Reichardt has made her own, although it would be difficult to parody: there’s nothing that could be described as especially ‘Reichardtian’. But her commitment to rendering believable lives makes her work consistently engaging and moving.

In this sense, then, her new film is typically Reichardtian. Certain Women proceeds with a simplicity that could be described as deceptive, but isn’t – every undertow and subtext is hidden in plain sight. The pleasure of watching it is in the way the inner lives of its characters don’t quite emerge. Most dramas deal with the brief moments in life when secrets and feelings burst forth; Certain Women gains its power from scrutinising how we live the rest of the time.

Set in the windy, mountainous state of Montana, it depicts three short periods in the life of three women. Laura Dern (Inland Empire) is a lawyer whose difficult client is trying to sue for negligence; Michelle Williams (Manchester by the Sea) is trying to build a second home with her husband, and has troubled relationship with her resentful daughter. Kristen Stewart (Personal Shopper) is the big name in the third act, but really it’s the story of Lily Gladstone’s character, a lonely farmhand who finds herself drawn to Stewart. Gladstone is relatively unknown, but she crowns the film with a performance that’s the equal of the others, if not better, and which taps into their cumulative power. 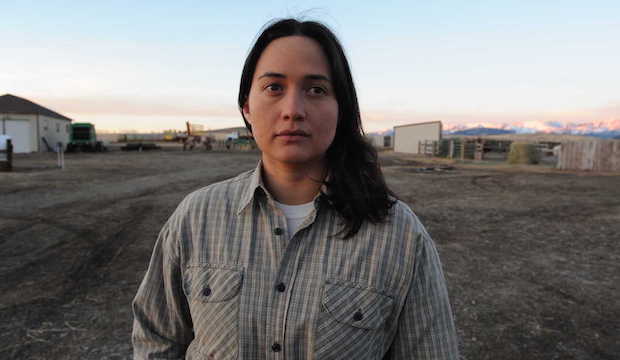 That’s as much summary as you need. The stories are intriguing but not densely plotted, and there’s no point describing a set-up and withholding the resolution: Certain Women’s three separate stories have only the slightest rise and fall of action, a narrative flatness exaggerated by their brevity, their events being more self-contained than not.

Reichardt has described her film as a triptych, and the women in each of the acts are as separate as if they occupied separate panels. They barely brush up against the other characters within their own stories, let alone each other, although their lives do just about join up in a narrative senses, and two of them share an intimate connection that might be unknown to both.

Rather than weaving or colliding these stories, Reichardt layers them on top of each other, and they’re translucent enough for this to work. The inner lives of Dern and Williams, their prickles of irritation and their twinges of longing, are visible in (or through) the desperation of Gladstone’s character. It’s a collective effort that pays off wonderfully in the denouement (despite the various kinds of unhappiness that Reichardt examines, her film isn’t heavy or despairing).

Certain Women is an introspective film that some might find pretentious or dull, and it’s not for everyone. But it’s also a little like Moonlight in more than its three-part structure. Like the deserved Oscar-winner, it’s about what’s not said. It inspires deep feeling when you remember it. And there’s every reason to believe that it will grow in power on every viewing.