Rachel Weisz and Timothy Spall star in Denial, the story of a historian's confrontation with Holocaust-denier David Irving

1 CW reader is interested
Denial film review 3 Denial film review Matthew Robinson
In 2000, headlines were made as two high-profile historians battled it out in London's High Court to prove the existence of the Holocaust. Denial, a thoughtful yet humdrum biopic based on defendant Deborah Lipstadt's memoirs of the event, is unlikely to attract as much fanfare.

The case arose when Dr Lipstadt accused an infamous Holocaust-denier, David Irving, of deliberately distorting historical truth to further his anti-Semitic ideology. He sued for defamation, and rather than settle quietly she took it to the courts for a year-long legal battle to clear her name – tarnishing his reputation in the process.

As a film dramatising a conflict of misinformation, Denial succeeds in refraining from dramatising it too much. While most of the actual dialogue is invented, the courtroom scenes are recreated verbatim, lending legitimacy to proceedings that surprise with their dramatic force. As the legal team is assembled and matters get underway, playwright and screenwriter David Hare (The Reader, The Hours) pieces together an admirably accurate portrait of the parties involved.

Lipstadt's head solicitor is quietly captured by Sherlock's Andrew Scott, who does more in a nod than his co-stars achieve over the course of the two-hour film. Tom Wilkinson appears as the pensive QC representing Lipstadt in court, while Timothy Spall's antagonist expertly treads the line between distasteful rhetoric and heartfelt desperation. 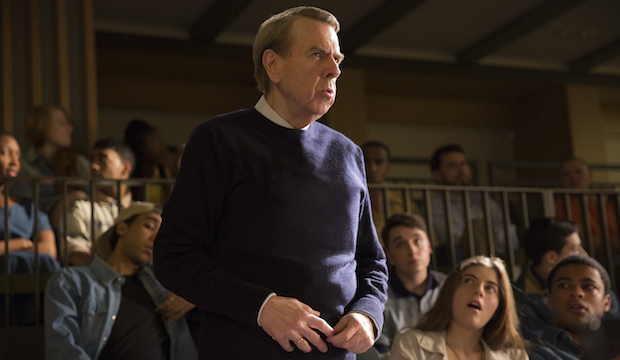 Rachel Weisz proves a steady hand in anchoring the film's action, but symbolises the bland mode of operation at the heart of this hesitant, often dry biopic. Tears and declamations are often unconvincing, while the careful sensitivity around the film's subject prevents any real tension building, stifling dramatic encounters under its kid gloves.

Director Mick Jackson waxes lyrical about the film's camerawork, saying a film concerned with truth "should have a luminous quality". Most scenes are shot as if in natural light, giving even the tersest moments a steady documentary feel, forgoing the urgency expected from a high-stakes courtroom battle.

Given its weighty subject matter, and the importance of respectfully navigating the historical horrors hanging over the action, Denial proves a perfectly functional vehicle for its purpose. It will satisfy your curiosity, if not your appetite. 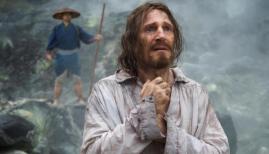