Don’t worry, you still have the Wrightian needle-drops, the electrifying command of editing and visuals, the silly jokes and fantastical plot directions. But here, his energetic, entertaining style matures: it's actually half-serious. 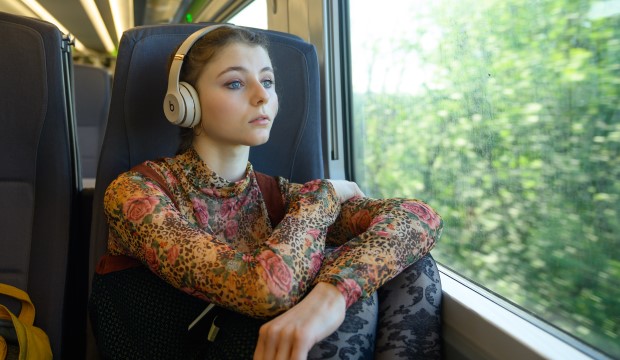 Co-written with 1917 screenwriter Krysty Wilson-Cairns, Last Night in Soho tells the progressively dark tale of fashion student Eloise (Thomasin McKenzie) who moves from Cornwall to study in London. She sees the capital city with a neon-red, seductive gaze, but the darker side of the Big Smoke gradually bursts her sentimental ideas. The rapey men. Her intolerable, over-privileged colleagues at university. The metropolitan loneliness in a place that can often feel like a whole, concrete country in itself.

Maybe it was better back in Eloise’s favourite period in history: the 60s. When spending a night at a flat on Goodge Street, she suddenly enters that decade in her dreams. She exits from a dark alleyway and is greeted by a royally bedazzling cinema, with the movie title Thunderball towering above her. But Eloise isn’t quite herself, as she sees in every mirror. She’s in the body of Sadie (Anya Taylor-Joy, always magnetic), a stunning, blonde extrovert who wants to sing on stage.

Last Night in Soho sometimes feels like the evil twin of Woody Allen’s starlit time-travel movie Midnight in Paris. Both are set in romantic cities and stumble into romanticised times, nostalgia filling to the brim with a doomed escapist touch.

But while Wright and Wilson-Cairns clearly admire London, they also plunge into its tangled, traumatising undergrowth. This is mostly represented by the charming and daring Jack, Sadie's agent, played by Matt Smith in one of his darkest roles to date. Eloise enjoys resuming the dream of swinging London – the gowns, the music, the aesthetic atmosphere – but then realises the horrors behind the façades.

Wright has often cited the influence of Italian giallo horror cinema on this film, seen in the bold colours, graphic violence, and vague detective elements. But there’s also an eerie, Lynchian feel in the nightmarish confusion between glossy artifice and twisted reality. Eloise's time-bending dreams invade her waking life, leading to a grippingly hallucinatory and strangely moving final act that revels in its own madness. 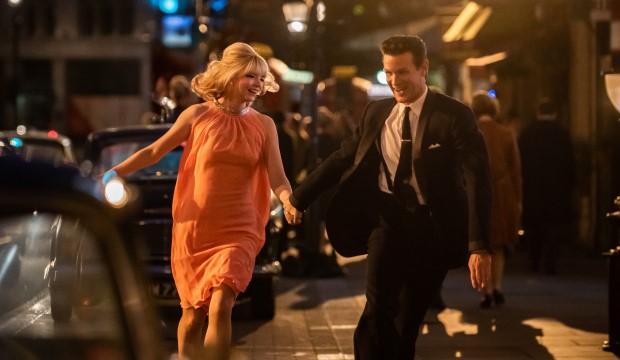 Mackenzie and Taylor-Joy crack the screen with their performances, which mould into one character but preserve their simultaneous uniquenesses. The passion in their party-filled happiness and the sadness of their broken dreams compel you to watch their every movement, every flinch, every scream.

The late Diana Rigg, to whom the film is dedicated, also plays a vital role. She stars as Eloise’s landlady, Miss Collins, with hilarious contrariness – much like her unforgettable presence as Olenna Tyrrell on Game of Thrones. This is her final film, and what an excellent character to close a 60-year career.

Some aspects are less refined. The main twist can be seen from a mile off, and Eloise’s sort-of love interest John (Michael Ajao) appears like a flat, last-minute addition. But the bloody brilliance of Wright’s character-based filmmaking mostly swallows these faults. In Last Night in Soho, he creates a vast and thrilling tableau of horror-movie insanity through darkest London.

Reviewed at the London Film Festival 2021. Last Night in Soho will be in UK cinemas on Friday 29 October.