The Harder They Fall, Netflix review ★★★★★

Often when a traditional genre is taken and shaken to new places, it's an exciting brandish of reflection and reinvention. Although Jeymes Samuel's new revisionist Western The Harder They Fall sometimes stumbles, its all-Black cast – placed in a historically white genre – is something to applaud.

Even more than that, racism doesn't dominate the plot and slavery isn’t even mentioned. Considering the hurtful traumas brought up by movies and TV shows set in the same era, it’s refreshing to watch Black characters who actually thrive and enjoy themselves in a period setting. 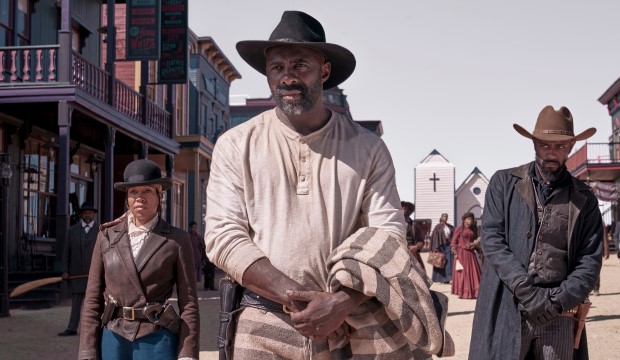 The Harder They Fall opens on a solitary house in the middle of nowhere. A family of three gathers around the dinner table, completely content. Then there’s an ominous knock at the door. A man wielding two golden pistols enters, forever changing the life of the family's 10-year-old son.

The boy grows up to become the cheeky outlaw Nat Love (Jonathan Majors), of the Nat Love Gang. But Nat has been focusing on his revenge from what happened to him as a kid, killing those involved. The final name is another leader of a titular gang: Rufus Buck (Idris Elba), the man with the golden guns.

Homage and influence are inevitable in creating anything. However, Samuel snatches so much from Quentin Tarantino’s Spaghetti Western flair (Django Unchained in particular) that it’s close to parodic. The explosive blood, the weighted gunfire, the punchy zoom shots, the eclectic and excellent needle drops – they’re all covered.

Admittedly, they’re all enjoyable in the moment: you're swept into its many ridiculous and ecstatically choreographed thrills. However, the copy-and-paste approach loses the potential for Samuel’s personal style to shine.

This critic optimistically wonders if the mimicry has a sharp and sceptical edge: as if stating that Black-led Westerns can be made without resorting to slavery storylines or repeated uses of the N-word. Towards the start, Rufus Buck's trigger-happy second-in-command Trudy (an unforgettably vicious Regina King) shoots a white train conductor just before he shouts that slur. This newer Black perspective is like revising the revised. 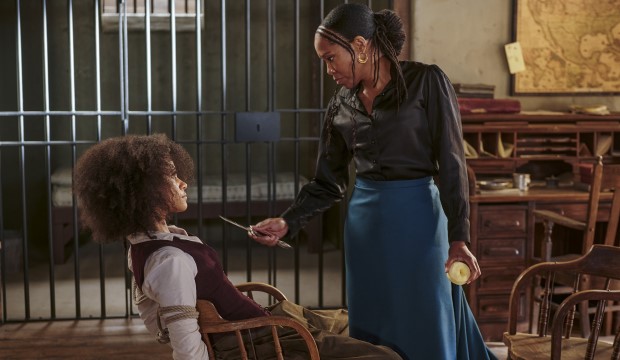 Unfortunately, The Harder They Fall possesses little narrative depth or integrity. Despite being a Western with a lot of money in its saddlebag, this version of the American West feels strangely constricted (is Covid the cause?). But Samuel and co-writer Boaz Yakin paint their characters in entertaining detail, and they're all cast perfectly by Victoria Thomas (The Morning Show).

Jonathan Majors has lept into the mainstream over the last few years, and delights the screen again as a humour-stuffed hero. Idris Elba vaguely resembles the demonic Henry Fonda in Sergio Leone's 1968 classic Once Upon A Time in the West, but with only a fraction of the latter's absorbing, evil atmosphere. Considering Elba’s history with Luther, it’s strange how he often holds back his character's darkness.

But it’s Zazie Beetz who steals the bloody show, playing Nat’s fiery love interest Stagecoach Mary. Beetz always casts a memorable presence, but she tends to be overshadowed by her male co-stars. Here, it’s a stiff competition. Mary is stern, beautiful, and can knock any grown man straight to the ground.

Beetz’s chemistry with Majors is also the zenith of the movie: it’s sexy and it simmers. Their lips often pause over each other, like they want the moment to last. You want more from them, which becomes the case for most of the film's character relationships. The Harder They Fall pulses with fun set-pieces and cinematic showdowns, but prioritises a mostly derivative style over a better-developed substance.

Reviewed at the London Film Festival 2021. The Harder They Fall will be in UK cinemas on Friday 22 October and it's available on Netflix from Wednesday 3 November.

The Harder They Fall