Passing is when light-skinned people of colour are perceived as white. In this time and place, it’s a useful tool but comes with its own curses. As the quiet and vaguely introverted Irene (played with anxious precision by Tessa Thompson) knows well.

She can walk through a white and wealthy neighbourhood without being oppressed. She can enter a posh, alabaster restaurant and watch others without being seen. As a woman of colour, passing is like a power – despite her later insistence that she only uses it ‘for convenience, occasionally’. 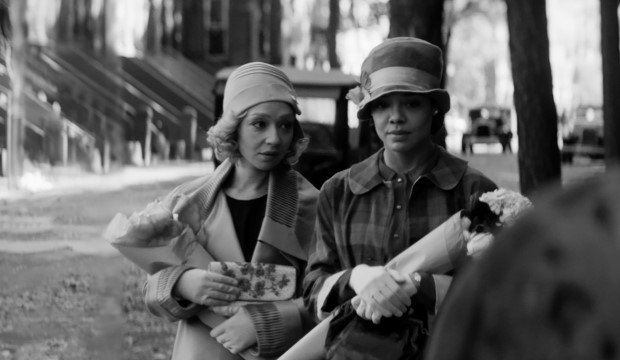 But then, in that restaurant, someone stares back: ostensibly a white woman. She stares a little too long, her eyes wide open. Unsettled, Irene stands to leave. Turns out, the woman is actually a childhood friend: Clare (Ruth Negga), another woman of colour who passes. The meeting is strange, bathing in a near-surrealist sense of alienation. Caught but accepted.

And it transpires that Clare takes passing to a whole new level. She’s married to a white man, John, played by Alexander Skarsgård with brief but imposing villainy. John is also horrendously racist, casually speaking the n-word like he's waving a fly away and smiling as he does so. 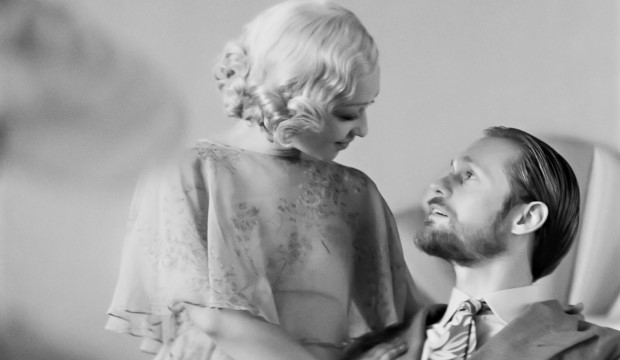 Irene returns to her Harlem neighbourhood, and complains to her visibly Black, micro-aggressively masculine husband Brian (The Eddy’s André Holland) about Clare. Before long, a guilty Clare insists on being in Irene’s life.

The images of Harlem improve upon the featureless surfaces in the restaurant – offering beautiful depths in the darker shades. This is more than capturing the contrast between Black and white worlds: it shows the nuances and details behind those who face that inequality. It’s perhaps also a visual comment on the Harlem Renaissance, the social and literary scene in which Larsen and other African-American authors were disrupting societal norms during the Jazz Age.

Although Passing opens with dream-like ambition, drifting through identities and examining their fragility, Hall submits to a more conventionally structured character piece. The film even feels like a play at times in its spare soundtrack and sumptuous dialogues. And yet, the film’s plotlessness adds a layer of gloomy uncertainty – keeping you guessing where this strange and mostly obscured connection will lead.

The atmosphere bubbles, racial dangers always nearby but always recounted rather than shown – a testament to how Black stories are evolving in their telling on screen. The evocations raised from Clare and Irene's relationship stick to your mind as fiercely as the visuals, locking you into a stunning stare.

Passing is currently in cinemas and will be available on Netflix from Wednesday 10 November.