From the imprisoned return of zoo owner Joe Exotic in Tiger King 2 to the rural delights of Greta Gerwig's Little Women, Netflix in November has many American gems 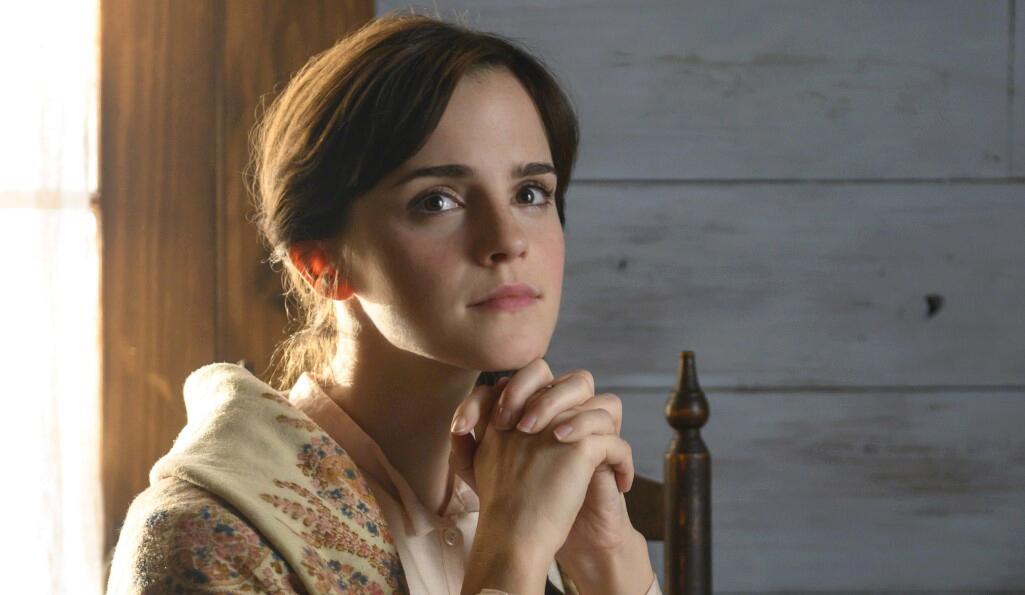 Tiger King was the mothership of lockdown hits. Abiding by Netflix’s protocol of ‘anti-hype’ – deliberately restricting any promotion so the audience finds the show by themselves – this sensational docu-series was one of the big TV surprises of 2020.

Following a crazy gaggle of big-cat conservationists, who obtain or breed exotic animals for their own private zoos and collections, Tiger King exposed a surreal world that most people didn't know about. The aggressively eccentric Joe Exotic of G.W. Zoo in Oklahoma is the main focus, along with his murderous feud with rival conservationist Carole Baskin.

This sequel series picks up after the original Tiger King made its subjects into stars. From the trailer, many are clearly enjoying their new fame and they’re even using it to their advantage.

Recently, many female actors have shifted their talents to behind the screen – think of Maggie Gyllenhaal (The Lost Daughter), Regina King (One Night in Miami), and Halle Berry (Bruised, see below). Rebecca Hall is another example: writing and directing her first film, which is about the phenomenon of racial ‘passing’ – whereby people of colour in the 20th century were able to ‘pass’ as white.

Passing takes place in prohibition-era America and follows two light-skinned women of colour, Irene (Tessa Thompson) and Clare (Ruth Negga), who were childhood friends. Clare has chosen to pass for white, even taking a clueless and racist white husband (Alexander Skarsgård), while Irene doesn't hide her Black identity. They both bump into each other in Manhattan one day, and their efforts to maintain their rigid identities begin to fall apart.

Although subverted Westerns have always been around, it's not until recently that they've become popular – Quentin Tarantino was integral to that. Taking more than a few hints from Tarantino, Jeymes Samuel tackles the genre with a Black American gaze in his new film The Harder They Fall.

Oh, to return to those sublime, halcyon days of Christmas 2019. Greta Gerwig’s stunning adaptation of Little Women is set in the 1860s, but – in its release – reflects a nostalgic time before masks and guidelines.

Over the last six years, Lin-Manuel Miranda has ascended to a king of musical theatre. The popularity of Hamilton is ongoing, and his first Broadway show In The Heights was made into a movie. And let's not forget about his role as the cowboy-like aëronaut in the BBC fantasy series His Dark Materials. tick, tick… BOOM! is yet another milestone: his debut as a film director.

The story is that of Rent playwright and composer Jonathan Larson (Andrew Garfield), who died before he could see his success. Larson wrote and composed this autobiographical musical prior to Rent, showing his intense desire to create the next best American musical. Jon is feeling the pressure, with financial security running out and many fellow artists dying from AIDS.

There are few well-known boxing movies with female leads. The genre is dominated by men, iconised with the likes of Sylvester Stallone (Rocky) and Robert De Niro (Raging Bull). Halle Berry’s directorial debut Bruised aims to change that.

The film follows the 55-year-old MMA fighter Jackie Justice (Berry), who left the sport in disgrace. Her boyfriend and manager Desi (Adan Canto) encourages a belated comeback, which grabs the attention of a promoter (Shamier Anderson). Jackie's situation gets even more complicated when the son she abandoned suddenly re-enters her life. But in both instances, she has the opportunity to reclaim her power.

Netflix’s film output has barely compared to its range of series, but they're making stupendous efforts to secure their own blockbusters – mainly with star power. Red Notice takes three heroes of contemporary Hollywood and shoves them into a high-concept heist movie.

The full Netflix in November slate:

Wednesday 3 November
The Harder They Fall

Thursday 4 November
Jumanji: The Next Level

Sunday 7 November
Father Christmas is Back

Tuesday 9 November
Your Life is a Joke

Thursday 18 November
Earwig and the Witch
The Princess Switch 3: Romancing the Star

Tuesday 30 November
The Summit of the Gods