With great hype comes even greater pressure, but Hamilton rises, no soars, to the occasion.

Lin-Manuel Miranda's hip-hop musical arrived in London in a blaze of excitement. It broke records as the most celebrated, popular and profitable musical in Broadway history with 11 Tony Awards, a Pulitzer, a Grammy, mile-long queues for tickets and four-figure resale prices.

TRY CULTURE WHISPER
Receive free tickets & insider tips to unlock the best of London — direct to your inbox
But, the real fuel to the Hamilton phenomenon is the show’s ability to ignite the public imagination and blaze through popular culture: Barack Obama loves the show; Beyonce is a huge fan; a whole hoard of hip-hop artists created a Hamilton Mixtape in homage of the soundtrack.

Lin-Manuel Miranda wrote the book, music and lyrics based on Alexander Hamilton, a book telling the extraordinary story of an orphaned West Indian immigrant who became a Founding Father of America.

But Hamilton on stage is anything but staid, dour history. We were primed for a jaw-dropping experience and oh wow does it deliver. 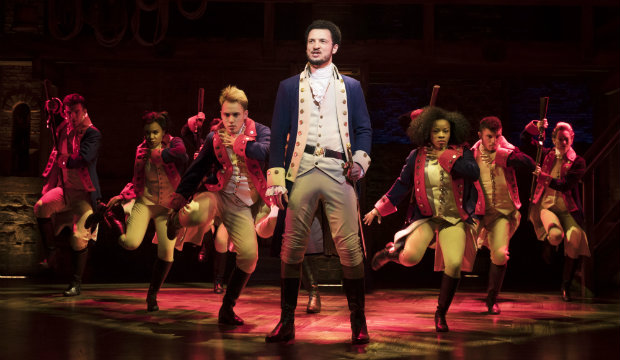 Revolution, diplomacy, and politics vibrate with hip hop, rap battles, ballads and street slang. The model of musical theatre is expanded to reflect the diverse rhythms of 21st-century popular music. Yet the most audacious achievement is the way in which the show channels traditions and history with such freshness. It’s full two and half hours of verse, either rapped or sung. The artistry of the rhythm harks back to Shakespeare, Racine and Goethe while simultaneously celebrating hip-hop culture.

Though historical characters such as George Washington and Thomas Jefferson are dressed with period drama flourish (long hair, breeches, shiny buttons), they are played by a young cast of predominantly black and asian actors.

25-year old Londoner Jamael Westman, who had just two small stage credits to his name, is every bit as phenomenal as the character he plays. He brings a long-limbed urgency to the role of Alexander Hamilton, swaggering and scrapping like a feral tom cat, morphing into a man of letters, finally mellowing into bereavement with heart-breaking tenderness.

Giles Terera is equally remarkable as a lispy Aaron Burr, with his political opacity and increasing frustration at being shut out of power. And Rachel Johnson’s stunning vocals as Angelica ensure that women shine just as bright. 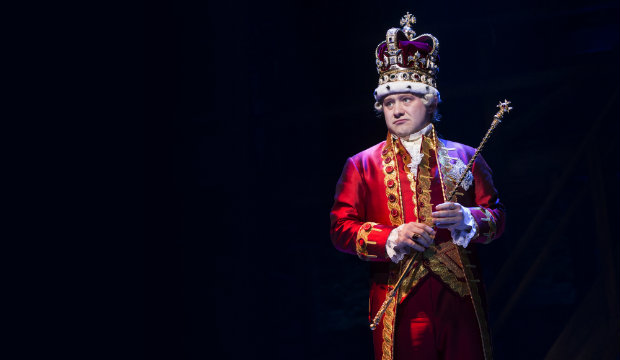 Any trepidation that this inherently American story would fall flat for Brits disappears in the roars of rapturous laughter that greet King George’s (Michael Jibson) petulant love song to his errant empire.

You don’t need to know anything about the US constitution to be enthralled by the life of this particular founding father (though you will learn lots from the show).

Hamilton weaves the historical facts into a study of ideals and legacy, an all too potent reminder to our current leaders and revolutionaries that immigrants can change the world, and that history has its eyes on them.

On a more tender, intimate level, it’s a story of outsiders – the unlikely immigrant versus the overlooked misfit who kills him – and there’s nothing more British than rooting for an underdog.

You don’t need to have listened to the Hamilton Soundtrack obsessively, either. You can hate rap music and you can hate historical narratives, but we’re willing to bet you’ll love Hamilton.

Try your chance in the £10 day ticket lottery. Each day of the run, the Hamilton lottery opens at 4pm and closes at 2pm the following day. Enter the ballot online or download the Hamilton app so you can enter every day.

Discuss, debate, consider and learn at the best talks in London 2017
Sign up to CW’s newsletter
By entering my email I agree to the CultureWhisper Privacy Policy (we won`t share data & you can unsubscribe anytime).