Joaquin Phoenix stars in Todd Phillips' vision of Gotham as the Joker, in a merciless origin story that finds no humanity in its beauty

If you don't enjoy Todd Phillips’ Joker, it’s probably best to save this admission for conversations held in person – state your position on the internet and the film’s advocates will come out in their thousands. The war against the disgust for Joker is a vehement, violent one.

It’s an immense, affecting film, teeming with aesthetic vision that capitalises on high and horrific stakes to deliver a scarring piece of mass entertainment. Phillips reclaims the comic-book character and drops nearly every trace of the superhero shtick that makes so many film nuts wince. There are no capes, no Spandex, no wholesome Good vs Evil fight for justice.

Joker travels back to 1981 to retell how Batman’s nemesis came to pass. There are a few glimpses of young Bruce Wayne and his parents, but these nods are very much peripheral in the dissection of Arthur Fleck: failed clown, failed standup comedian, failed son and lover and distrusted member of society who became the world’s most championed rebel vigilante as Joker.

Joaquin Phoenix plays Arthur, in a metamorphic turn that is utterly convincing and thus wholly disagreeable. Arthur is an unhappy man with an unspecified mental illness that infects his entire world. His condition necessitates seven types of medication, and he’s quickly informed that budget cuts are ending his therapy sessions.

The neat idea that smiles can be deceiving and what looks happy may in fact, well, not be, drives Joker with an oppressive and arrogant force. Arthur’s childhood nickname is Happy, he forces his facial muscles to contort like plasticine, and the idea of masks hiding the truth (and so many other grandiose mediocrities of this type) becomes so painfully unsubtle it often feels like the viewer is being physically suffocated by one.

Joker is by no means the first angry film about a man who has been wronged and who develops the unshakeable ambition to wrong the entire world back, but seldom has one seemed so obtuse and inescapably cruel about it. Despicable characters may often live in worlds of injustice, but they are ultimately punished for their own ignorance. In Joker there’s no finesse, no nuance between the delusion of one narcissist and the hypnosis of an infected society ready to burn itself to the ground in the name of power. 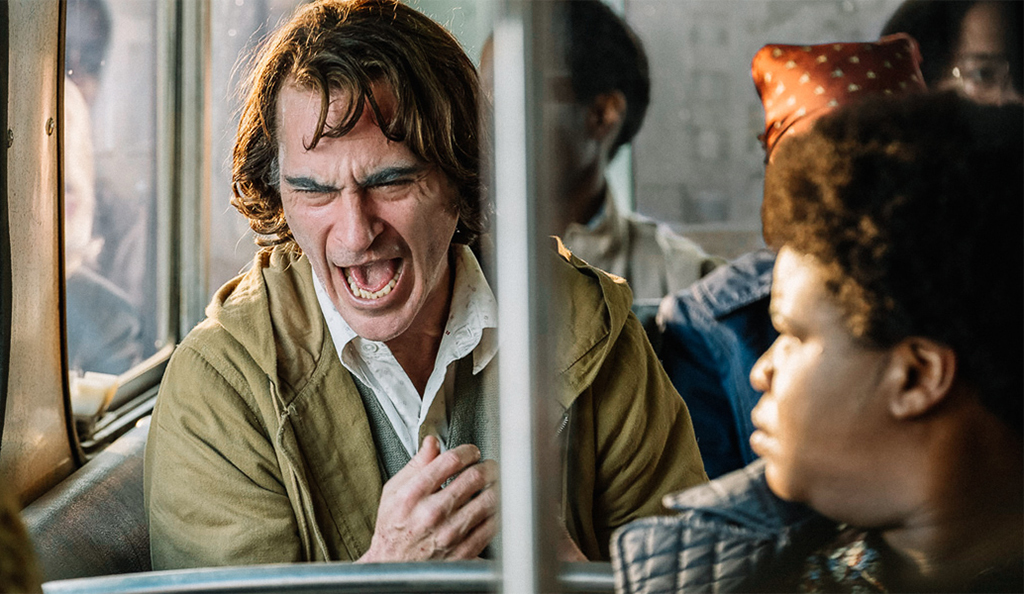 It all comes down to power: the weight of a performance; the volume of the haunting, antagonising score; the immaculate framing of a beautiful nightmare. But power is what dooms Joker from start to finish, as the commitment to visions of despair leaves nothing to hold on to. In the majestic craft of the film lies the last gasp of humanity, as beneath the surface exists hollow resentment that denies logic or compassion, on the unfounded basis that the world we live in simply has no room for it.

The film uses two particularly alarming music choices to amplify its cynical shock value. The first is Gary Glitter’s Rock and Roll Part 2, a rousing guitar banger that underscores Joker’s suited-up swagger on his way to his big night out. The second is Frank Sinatra’s That’s Life, which feeds in and out of the story as a merry anthem of shrugged shoulders and boundless self-assurance.

The problem with the first track is that Glitter is a convicted sex offender serving 16 years in jail, and will be earning handsome amounts of money from this film. The problem with the second track has more to do with the distortion it is now subject to – repeating the title acts as a catchall to disregard malice, pain, and all potential negative reactions to this fictional world and alarmingly visceral film, imploring that there is simply nothing to be done and to even try and discuss it would be futile. But the most upsetting warning sign comes when Sinatra sings ‘Some people get their kicks/Stomping on a dream’, as it’s astonishing that all Phillips can do is encourage exactly that. 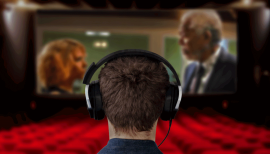