This review contains spoilers for the original series run of Dexter.

2021 has been a mammoth year for returning series that are beloved. Succession, Sex Education, even the characters from The Sopranos came back in the movie prequel The Many Saints of Newark. Like Many Saints, Dexter: New Blood revives a story thought dead and buried-at-sea – but there were those of us who believed, who hoped, that there'd be more after a universally hated finale.

The original Dexter (2006-2013) was a forensic crime drama that subverted its focus onto a blood-splatter analyst, one who moonlights as a serial killer. But this monster has morals: he only hunts the evil the law can’t catch.

Nearly 10 years after Dexter Morgan (Michael C Hall) faked his own death, showrunner Clyde Phillips catches up with him. He trades the sunny, sweaty heat of Miami for the sharp and snowy chill of Iron Lake in upstate New York. Instead of neon-lit nightclubs and cocktail bars by the beach, there are homely taverns and hunting shops. And, crucially, there are far fewer grotesque murders. 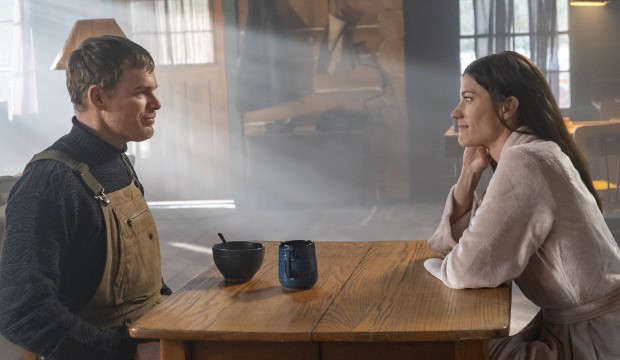 Dexter (or Jim Lindsay, as he's known nowadays) resides there in a solitary cabin, chopping wood and raising a range of animals. He hasn’t killed anyone for nearly 10 years, but he’s still fighting the urge every day. His dead sister Debra replaces his dead father Harry as his personified conscience, an ingenious way to bring back the roughly spectacular Jennifer Carpenter after her frustrating conclusion. Despite being an imagined spectre of Dexter's guilt, her sweary fury is too strong even for death.

But Dexter’s not alone. He gets on with the familiar yet eclectic townsfolk, blending in like he did at Miami Metro. He's introverted but friendly; no one suspects that he used to spend evenings wrapping limbs in bin bags. He even has a girlfriend… who happens to be the local chief of police, Angela Bishop (Julia Jones), the station’s first Native American officer.

Dexter's chilly exile is, inevitably, disrupted when a few threats park up at Iron Lake. A morally bankrupt Wall Street hedonist (Steve M Robertson) comes to town, another serial killer appears to be operating in the area, and Dexter’s estranged son Harrison (Jack Alcott) breaks into his father’s cabin. 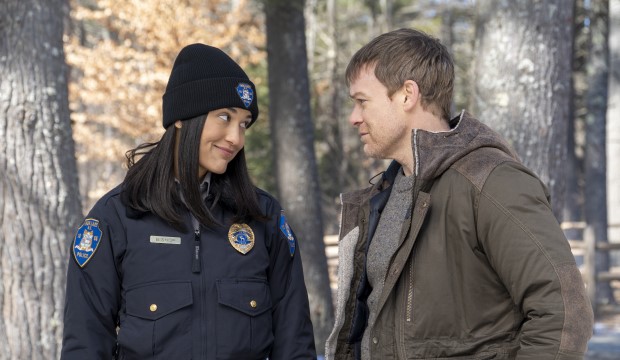 In many ways, New Blood exhibits the evolution of 21st-century television. Dexter's original procedural format is disposed with and it’s now one continuous story, unwrapping over 10 episodes with some relevant subplots splattered in. Like the weather, the mood is colder, the severity enhanced – perhaps to fit under the modern umbrella of ‘serious TV’.

This occasionally creates some friction when the series calls back to absurd storylines. It's still chained down by the mistakes of the past, but most of it works. It’s a different sort of show: more mature, though made from the same body parts. Hall continues juggling his characters’ various selves – his altruism, his violence – with absorbing dissonance and dark humour, plunging into even gorier places.

Only the first four episodes were available to review, which has proved a dangerous plan considering some unfavourable criticisms. Granted, certain plot developments feel contrived and Dexter is an unrefined shell of his former self. The rest of the series will determine whether these mutate into a worthwhile exercise, especially when the ice thinned after season eight.

But New Blood is consistently curious, like a drop of blood in a field of snow, and its efforts to rectify a terrible ending should only be venerated. This critic, for one, can’t wait to see more of this evolved, snow-angel of death. A biting return.