Is this a new age for the anti-biopic? This subverted genre has been around a while, going against the traditional biopic's neatly structured truths. As proven on the big screen last year in Shirley and this week with Spencer, the bending of well-established facts lends the stories more drama and better exhibits more abstract truths about the subjects.

The third and final season of Alena Smith’s baffling period dramedy Dickinson is probably one of the bigger deviants from historical accuracy, despite maintaining essential facts and events.

The series wears its surreal fabrications on its frilly sleeves. The dialogue punches with a Zoomer flair, like a contemporary reimagining of Mean Girls. The music rejects most period-appropriate instruments for modern beats, creating a Baz Luhrmann-y pizazz. And Emily herself – played by the Oscar-nominated Hailee Steinfeld with hilarious and beautiful charisma – somehow crosses different times and places through her vast imagination. And that includes chatting to Death, as personified by the rapper Wiz Khalifa. 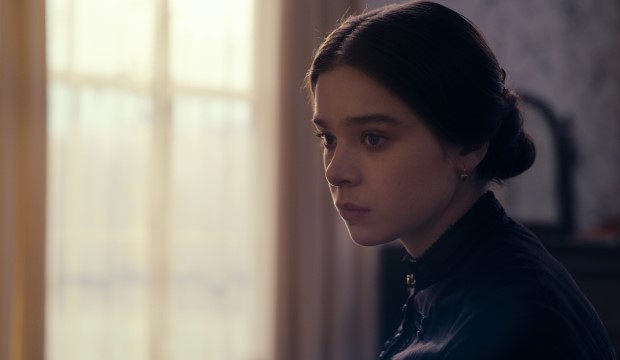 All these weird and bombastic indulgences feel appropriate considering the contradictory accounts of who Emily Dickinson really was. Films have portrayed her as both gloriously extroverted and timidly housebound. And although there’s strong evidence for her romantic relationship with her sister-in-law Susan Gilbert, it is still a theory.

But the series unabashedly takes that idea and runs with it. In fact, the explosive chemistry between Steinfeld and Ella Hunt, who plays Sue, is among the steamiest and gentlest on television this year. Despite the various faults of season three, Emily and Sue's enticing, heartbreaking connection – fractured by the demands of the times in which they live – carries you to the last farewell.

For this is an upsetting goodbye, after all: being the final volume in a series which always revelled in its daring, charming cheek. However, the parting is made easier by the weaknesses of this season.

A key pleasure in watching Dickinson is the 19th century overlapping with the 21st. It shows how certain issues are timeless, rising and falling like prescient waves across history. The premise makes the setting relevant and exciting, but the comedy often tangles uncomfortably with the drama.

It's often ignorable, but in season three it's obstructive when the writers draw clunky parallels between Covid and the American Civil War. A character even utters the words ‘a new normal’, an awkward, self-referential joke that feels inappropriate given the real-life circumstances. 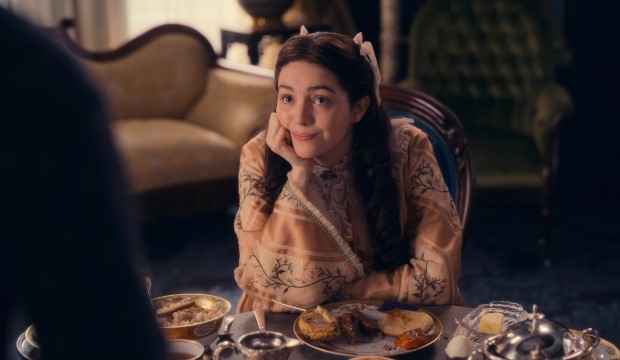 Even worse: Emily compares the conflict of the Civil War to the domestic battle inside her family’s massive house at Amherst. Her brother Austin (Adrian Enscoe) has now turned to booze and philandering, creating a wounded schism between him and his legacy-obsessed father Edward (Toby Huss). A key theme of the season is checking one’s privilege, which is well handled – especially with a fascinating subplot involving Black Union soldiers – but Emily’s cluelessness becomes irritating.

Ultimately, season three is about hope. Emily dives back into the abstract ravines of her mind, reinvigorating the idea that poetry gives power to those in pain. The first episode opens with a yellow bird, which forms the basis for poem 314 (Hope is the thing with feathers), and Emily continues to find ways to conjure hope for dark times. Despite the more awkward attempts to bring Dickinson to the present day, we should be thankful for her bright, poetic optimism.

Dickinson, season 3 is available on Apple TV+ from Friday 5 November.