Josephine Decker's 'anti-biopic' creates fictions to root out the truth of who the Haunting of Hill House author Shirley Jackson really was. Elisabeth Moss stars

Shirley review 4 Shirley review Euan Franklin
Many have labelled Shirley an ‘anti-biopic’ of horror novelist Shirley Jackson, the dark mind behind The Haunting of Hill House. The conceit of this inverted sub-genre is using lies to tell truths about these prominent figures. Screenwriter Sarah Gubbins, taking from Susan Scarf Merrell’s novel, achieves exactly that.

Unlike the film, there was no young couple called the Nemsers who stayed with Jackson and her husband, the literary critic Stanley Edgar Hyman. There was no Rose Nemser (Odessa Young) forming a strange and seductive bond with Jackson. There was no Fred Nemser (Logan Lerman) vying desperately for Hyman’s professorial attention, working as his assistant at the all-female college in Bennington, Vermont. There aren’t any kids running around, of which Jackson and Hyman had four. 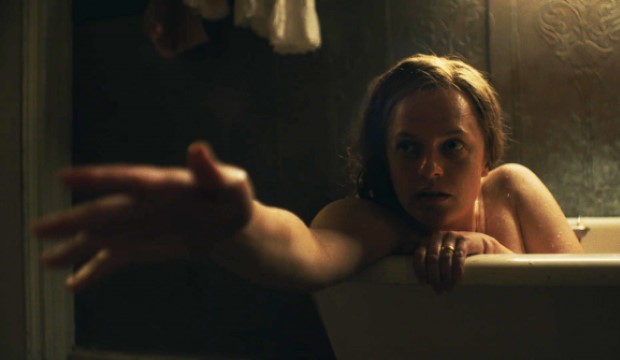 Although the premise initially screams of a postmodern, academic exercise, Shirley runs and runs with entertaining abandonment. The purpose of the fabricated Rose and Fred is to grapple with the truth of who Shirley Jackson was and the fiction she wrote. This depiction is difficult to get along with. She's portrayed here by Elisabeth Moss, predictable considering Moss' attraction to patriarchally oppressed and abused characters.

But Shirley is different from Moss’ other struggling sufferers, seen in The Handmaid’s Tale and The Invisible Man. This title character has some freedom to say and do what she likes, while Stanley (an always invigorating Michael Stuhlbarg) plays away.

She’s agoraphobic, unwilling to leave the house, and it’s only the chance to be impolite that she agrees to attend dinner. Moss’ steadfast and sadistic smile rises. It’s oftentimes hilarious, the way Shirley can predict and puppeteer people’s emotions – specifically those of Rose and Fred.

Rose is easy prey. She’s incensed by Shirley’s stories, even shagging her husband in a train carriage after reading The Lottery – a cult-horror tale, published in the New Yorker, about a ritual sacrifice. She’s also hiding a pregnancy, keeping heavy secrets. Stanley hires her as a housekeeper for Shirley. Spending more time together, Rose gradually forms the basis for the author’s new creation, based on the famous disappearance of Paula Jean Welden. 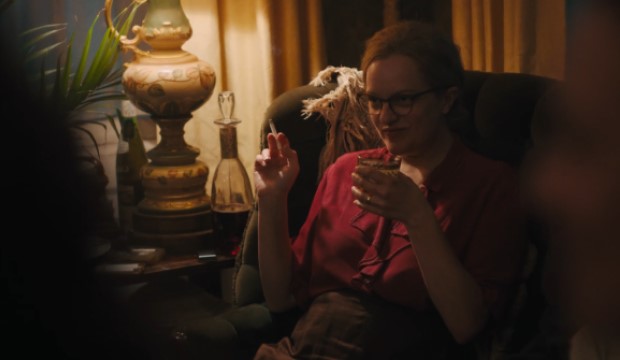 Decker crafts a hallucinatory delirium of images with cinematographer Sturla Brandth Grøvlen. Faces are uncomfortably close. Shots can suddenly leap forwards. The film excels in these intensely sub-conscious states of being, especially as Shirley creates her characters – starting as smudged faces that turn into believable personalities.

This process is abundant in movies about writers, but there’s a deeper honesty here. Her chapters appear like flashes, which she’s desperate to snatch with her ink-stained fingers.

It’s a stretch to call Rose and Shirley’s relationship romantic, filled as it is with dominance, manipulation, and sexual tension. But is this really Rose, or is it Paula? Did Rose ever really exist, or is she a projection of Shirley's wants and desires? Like her previous film Madeline’s Madeline, Decker revels in the blurred mixing of reality and fantasy during the act of creation. This can be indulgent at times, but the point is clear.

Shirley is enjoyably confusing and fiercely dreamy. It carries a psycho-sexual thriller, a feminist drama, a writer’s journey, and a detective story all at once, occasionally burdening the narrative with a mixture of motivations. But you’re swept by these dizzying emotions and slowly forming imagery. It’s hard to digest, but easy to like.

Reviewed at the London Film Festival 2020. Shirley is showing in cinemas and on BFI Player from Friday 9 October. Its general cinema release is Friday 30 October.