Relic film review 3 Relic film review Euan Franklin
Most filmmakers, certainly nowadays, make a few shorts before embarking on the treacherous territory of a feature. They refine their skills and their style, carrying them into the movie they’ve been waiting their entire lives to make. But often they transfer too much, as is the case with Natalie Erika James and her debut horror film Relic.

The first two-thirds of this 90-minute family drama slog pointlessly, scaffolding characters without much development happening, before twisting into a formulaically scary final act. Relic’s concept was engendered through James’s short film Creswick, which is no surprise. She attempts to stretch that story and stick on various appendages to fill the proper runtime for a feature film. Although the film is passable as a debut and shows her visual potential as a filmmaker, there’s a lot of empty space. 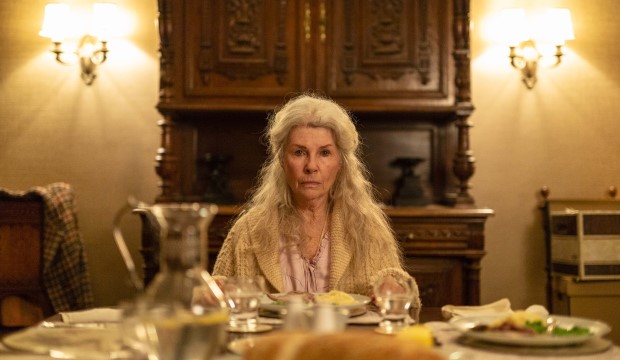 Relic catalyses with the disappearance of the family matriarch Edna, a chilling Robyn Nevin. This forces her daughter Kay (Emily Mortimer) and granddaughter Sam (Bella Heathcote) to visit her house, which is buried in a thick Australian forest, and try to find her.

Edna’s mind is fading from dementia. Sticky notes are all over the walls, reminding her to take her pills and flush the toilet. It’s a cold, eerie interior, wielding some unseen evil. Often the lights aren’t on, casting most of the house into a cloudy, unsettling shadow. Edna does eventually return, but as a divided shell of herself.

Kay tells the investigating officer that she hasn’t visited Edna in a few weeks. Even when Edna called to say someone was in the house, her daughter didn't come. James sets up this guilt perfectly, creating friction with Kay's daughter as they’re stuck in the house together. Many scenes wield those emotional contradictions in family relationships: the passive-aggressive arguments, irritation at life goals, and then finally submitting to the love they have for each other. 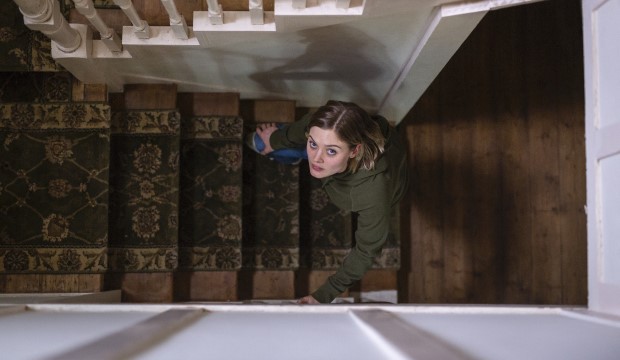 Kay’s guilt swells as she considers taking Edna to a residential home: wanting to care for her, but swerving the burden of responsibility. Like with most dementia dramas, Edna’s mood swings turn aggressive and uncaring and buried in confused memories. The recollections weave in and out in a dreamy delirium, appearing to Kay in various nightmares: chiefly involving a cabin in the woods with rotting horrors inside.

But this horror-movie examination of an ailing mind and its devastating effect on the family feels like a misstep, even demonising dementia. Edna’s the monster in the house that ends up chasing them and hurting them. This would be more acceptable if James plunged deeper into their characters and their histories, but they’re left dangerously underexplored.

The final act is saved by cinematographer Charlie Sarroff and production designer Steven Jones-Evans, who create a veritably surreal arena of the mind. But it’s a long time before you get there. You can see the ambition in Relic, but much of it's just vaguely creepy filler.

Reviewed at the London Film Festival 2020. Relic will be available on BFI Player from Friday 9 October. It comes to UK cinemas on Friday 30 October.