Stellan Skarsgård and Harvey Keitel star in Václav Marhoul's The Painted Bird, a Jobian odyssey across eastern Europe during the Nazi occupation

There are those stories – real and fictional – that just plunge deeper and deeper into a dark well of suffering. The remaining light rockets upwards, shrinking to a hopeless spec. Such is the life of the unnamed Jewish Boy in The Painted Bird, who endures a Jobian odyssey across eastern Europe during WWII.

He suffers the presence of paedophiles, wife-beaters, hysterical townsfolk, and Nazi soldiers in wide, monochrome landscapes that avoid colour at all costs. 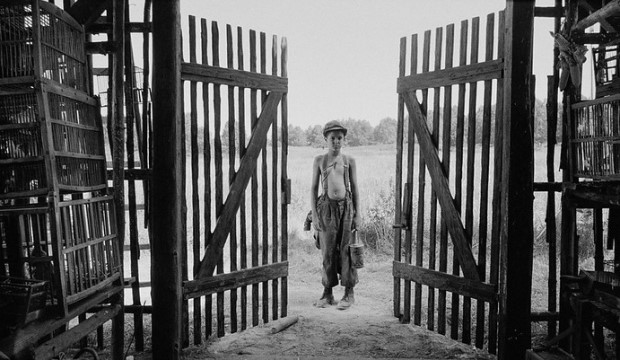 The director of The Painted Bird, Czech filmmaker Václav Marhoul, seems to make special efforts to put off the masses. The film is close to three hours long, it’s all in black-and-white, and the intense violence triggered many walkouts during its premiere at the Venice Film Festival last year (often the sign of a good film).

There’s a danger of sounding like a sadist when defending cinematic violence, but it’s a necessary hazard when discussing The Painted Bird. The brutality in this hellish tableau of war-torn Europe mixes perfectly with Marhoul’s deliberate lack of colour. And it’s cautiously depicted: never showing too much, as to be exploitative, or too little, as to be cowardly.

With each chapter, titled after various characters the Boy encounters, the violence amplifies. Eyes are scooped out with spoons. Glass bottles are inserted and broken in torturous places. A man is eaten by rats. And then there’s the verbal violence, the harmful antisemitism that spreads from superstitious hamlets to Nazi-occupied towns – threatening the Boy’s continued existence at every turn. 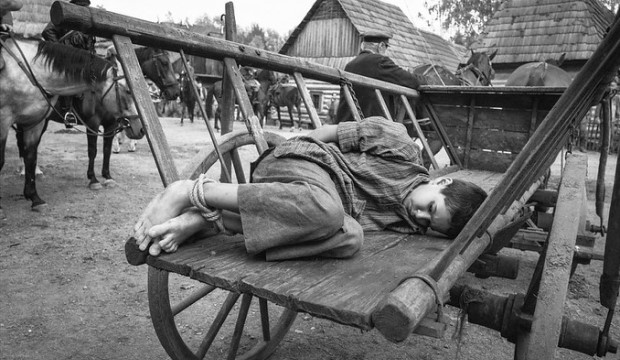 Marhoul shot the film chronologically over two years, so you see this child grow into this hostile world. He barely speaks; one of his only utterances is to comfort a wounded horse.

The influence of another child-led war drama, Elem Klimov’s harsh and horrible Soviet film Come and See, is clear. That innocence, naivety, and obedience clash with the horrors humanity is capable of. They morph the Boy’s mind, making him – permitting him, almost – to submit to the violence he’s so far survived, especially as he becomes sexually curious. It’s a fascinating psychological study: what sort of person does a child become when inhumanity is all they know? 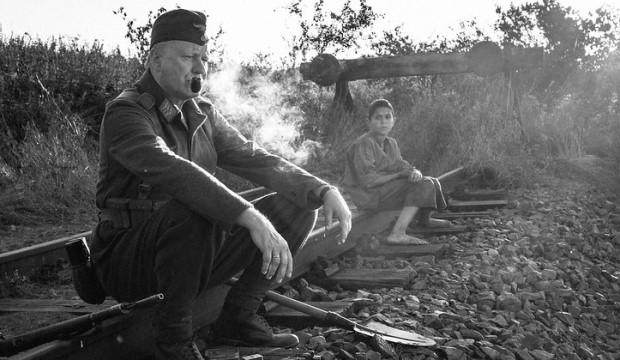 Stellan Skarsgård (Chernobyl) and Harvey Keitel (Mean Streets) appear as tiny but significant cameos, probably to market the film to international audiences. Yet these seasoned actors offer the few breaths of goodness and altruism that the Boy experiences.

Skarsgård employs his classic lines of veiled ambivalence across his face, playing a Nazi officer sympathetic to the Boy. Keitel plays a priest who, despite his community’s unspoken prejudices, houses the Boy in his church. It’s one of the most humanistic roles Keitel has ever played. 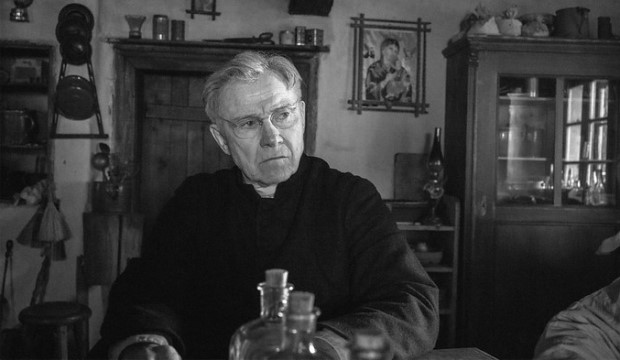 And these precious moral actions are what the Boy holds on to: hope that things will change. Petr Kotlár, a non-professional child-actor, plays the Boy with solemn silence. A Hollywood production might have used voice-over narration to fill these noiseless moments, but Marhoul likes the quiet. There's truth to it. Vladimír Smutný's vivid cinematography is steely and surreal, but feels equally as honest – absorbing you into this terrifying world.

The Boy’s hope drips into his desire to go home; only, he has no home. He looks for it, regardless. Despite the darkness in the world, The Painted Bird shows it’s always worth looking for the light.