Boasting big names like Steve McQueen, Spike Lee, David Byrne and Frances McDormand, this looks to be another cracking LFF – even with the Covid-19 restrictions

BFI London Film Festival 2020: line-up, tickets, recommendations BFI London Film Festival 2020: line-up, tickets, recommendations Euan Franklin
Blimey, a lot can change in a year. That could be the tagline for 2020. The spread of Covid-19 has meant that many film festivals have had to exercise caution, and some have even cancelled their events entirely (Cannes being the biggest one). Venice has opened with strict social-distancing measures, and others are planning to do the same. This includes our very own London Film Festival, the UK’s most anticipated cinema event of the year. It’s going ahead, but in very different circumstances.

This year, most of the festival is taking place virtually. Ticket-holders will have access to online screenings for over 55 premieres, complete with viewable shorts, talks and events. Only 12 movies will screen at BFI Southbank and at various venues across the UK. Also, LFF will introduce a brand-new strand: LFF Expanded, dedicated to XR technology like virtual reality, augmented reality, mixed reality, and immersive performances.

Even though it won’t be the same – the community of film-lovers being integral to any festival – this enhanced accessibility allows for more to enjoy LFF.

The festival runs from Wednesday 7 to Sunday 18 October online, at the BFI Southbank, and in cinemas across the country. Bookings vary depending on how much of a BFI fan you are. If you’re a BFI Patron, they open on Monday 14 September. For BFI Champions, it’s Tuesday 15 September. For your regular BFI Member, it’s Wednesday 16 September. Unfortunately, the general public have to wait until Monday 21 September to book anything.

The programme was recently announced. Here’s a glimpse of what to expect.

Filmmaker Steve McQueen last opened LFF in 2018 with Widows, which proved one of the best films of that year. Now, he’s back with an episode from his new BBC anthology series, Small Axe.

Starring Letitia Wright (Black Panther), Mangrove follows the true story of a group of Black activists arrested, tried and acquitted for a protest at Notting Hill in 1970. Their efforts ensured the first judicial acknowledgement of racial hatred in the British police. In a year of racial violence and incredible protests, this opening couldn’t be more timely.

Francis Lee made waves in LGBT cinema with God’s Own Country in 2017, about a young Yorkshire farmer falling in love with his Romanian assistant. Ammonite is his much anticipated second feature, going back in time to the 1840s.

The film is a biopic (of sorts) about the later life of British palaeontologist Mary Anning (Kate Winslet) and her suspected lesbianism. After suffering what was then termed ‘melancholia’, a young married woman from London (Saoirse Ronan) is made to spend time with Anning in Lyme Regis. A romance blooms between them.

Like Céline Scamma’s Portrait of a Lady on Fire and the BBC series Gentleman Jack, Ammonite examines these female relationships, made secret in a difficult, ignorant era.

Colin Firth and Stanley Tucci play Sam and Tucker, a gay couple who’ve been together for 20 years – living a blissful existence. That is, until Tucker is struck with the news that he has early onset dementia. Intent on making the most of their remaining time, they go on a campervan holiday across the UK. They visit loved ones and travel to meaningful places, all with the knowledge that their story will end in tragedy.

‘Is all this living really worth dying for?’ In recent years Pixar has adored swimming in death, especially in Up and Coco – tackling hard concepts that are usually scarce in kids’ movies. Their latest film, Soul, looks to take an even deeper existential step.

Handling some difficult metaphysical concepts, which have troubled philosophers for thousands of years, Soul examines the soul’s journey into and out of the body. The musician Joe (Jamie Foxx) is suddenly taken out of his body and into the realm of souls, those yet to enter bodies on earth. In this Platonic existence, pre-body souls learn about human concepts before entering their earthly bodies. As Joe tries to find his way back to the land of the living, he learns a lot about human nature in the process.

You can’t beat a concert film made by a good director – just look at Martin Scorsese’s work with The Band, The Rolling Stones, and Bob Dylan. The Talking Heads film Stop Making Sense, made by Silence of the Lambs director Jonathan Demme, is one of the most esteemed examples of the genre.

Now, their lead singer David Byrne has geared up for another, based on his Broadway show, American Utopia. This time around, he’s attracted another iconic director: Spike Lee. The show is filled with performances of Byrne's classics, punctuated with reflections on human connection.

Nomadland is one of the most anticipated titles circulating film festivals around the world. Director Chloé Zhao follows up her brilliantly slow and subtle The Rider with a road trip across nomad America. Frances McDormand plays Fern, a citizen in a rural Nevada town which endures economic collapse. She decides to abandon everything and live a nomadic life, exploring the American West. 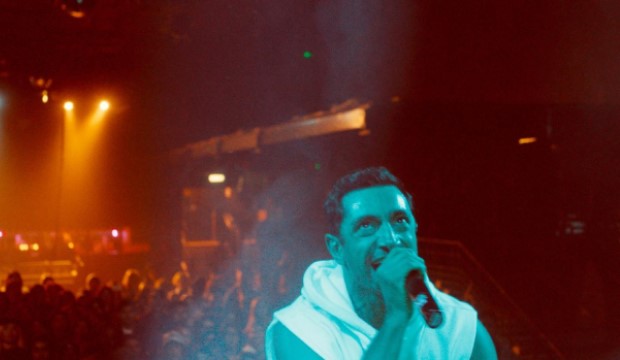 Random events can devastate lives, as they do for the British-Pakistani rapper Zed (Riz Ahmed) in Mogul Mowgli. Despite ridicule and insults from his family, Zed’s on the edge of a successful career as a music artist as he prepares for a US tour. But he’s suddenly struck with an auto-immune disease that strikes at his opportunities. During painful treatments, he reflects on his identity and his heritage: even diving into the history of the 1947 Partition of India and Pakistan. This looks to be an upsetting, hallucinatory drama.

Labelled an ‘anti-biopic’, Shirley challenges the codes of the genre by examining The Haunting of Hill House author Shirley Jackson, one of the figureheads of horror literature. Instead of proceeding with events in Jackson’s life, screenwriter Sarah Gubbins invents a story of a young couple staying in the Jackson household.

Shirley becomes enraptured by Rose, a pregnant wife, whose sexual and macabre adoration for one of Shirley’s stories gives way to a strange awakening. Elisabeth Moss stars as Shirley Jackson.

This looks to be the 2020 Hereditary: a psychological horror wrapped in a family drama. Relic combines both 'haunted house' and 'cabin in the woods' genres: following an elderly woman living by herself in a secluded area of Australia. She has dementia and leaves reminders stuck to the walls. She goes missing and her family come looking for her, prompting debate about whether she should be put in a retirement home. But the house has a sticky, shadowy presence that seeps into the family's lives.

Like Hereditary and even The Babadook, another brilliant horror from Australia, Relic moulds real-life anxieties with supernatural terrors. Emily Mortimer stars.

Being the spawn of filmmaker David Cronenberg – a master of surreal body-horror– brings its expectations. Thankfully, the latest project from his son Brandon looks set to meet them.

Possessor follows the assassin Tasya Vos (Andrea Riseborough), who can jump into different bodies to kill her targets, leaving no trace that she committed the murders. But when she approaches her next target, the media mogul John Parse (Sean Bean), things go awry when she tries to take over the mind of his son Colin (Christopher Abbott). Jennifer Jason Leigh also stars.

Here's the list of LFF feature films in full: 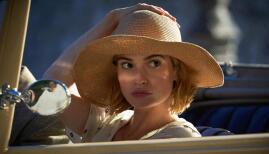