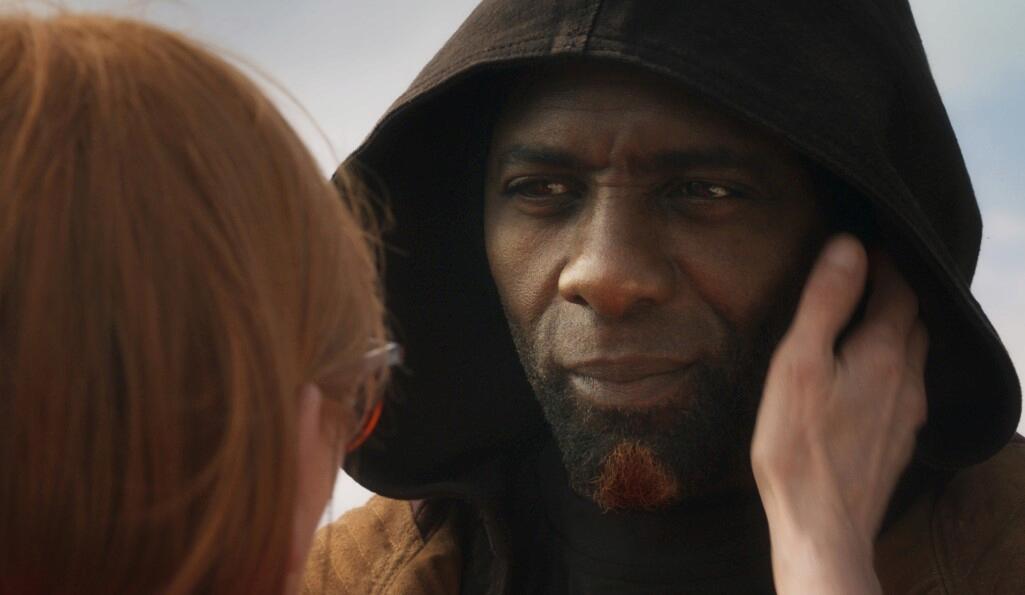 The Djinn offers her three wishes and tells her his long, long story in the process. But is this, as Alithea suspects, another cautionary tale? Does she dare risk the consequences of a wish come true?

David Cronenberg is no stranger to controversy, his dark and surreal imagination often disturbing and offending the mainstream. Now, the auteur is back to conjure more fear and disgust with Crimes of the Future, which returns to his body-horror roots.

Starring Viggo Mortensen, Léa Seydoux and Kristen Stewart, the film is set in a bleak dystopia where the human body adapts to a new synthetic environment. Saul (Mortenson) is an artist who, with his partner Caprice (Seydoux), displays his organs for an avant-garde performance. Yeah: it's a weird one.

Even for those of us not alive during David Bowie’s heyday in the 70s, with Ziggy Stardust and Halloween Jack, his influence and personas have permeated the generations. Maybe that’s why enthusiastic documentaries like Moonage Daydream will never dry up.

Directed by Brett Morgan, who previously examined The Rolling Stones in Crossfire Hurricane and Kurt Cobain in Cobain: Montage of Heck, this 140-minute doc-spectacle celebrates the great starman. Using archive footage and interviews, the film shows Bowie's rise to fame and looks into his personal life.

Far removed from her bright and brilliant debut Booksmart, Olivia Wilde's sophomore feature Don’t Worry Darling plunges into the horror genre. And like the nightmares of David Lynch, Wilde looks to penetrate artificial worlds and dig into the darkness underneath.

Florence Pugh (Midsommar, Black Widow) stars as Alice Chambers, a housewife who dotes on her husband Jack (played by the Harry Styles) in a 50s utopian town called Victory. But Alice begins to see the cracks in this suburban vision, seemingly devised by the men of the area.

Blonde could be the most controversial film of the year. Based on the thick, 740-page tome by Joyce Carol Oates, the story is a fictionalised account of renowned actor and sex symbol Marilyn Monroe. It spans Monroe’s fraught childhood as Norma Jeane, getting married at 16, and then breaking into movies before her death aged 36. No Time to Die actor Ana de Armas portrays her.

Filmmaker Andrew Dominik (The Assassination of Jesse James By the Coward Robert Ford) has pre-empted the potential backlash for the film by claiming there’s ‘something in it to offend everyone’. But let's face it: that only makes the project more intriguing.

The popular Marvel movie Black Panther is filled with CGI worlds and spaceships. But the Dora Milaje – a special forces unit in the film's fantastical country of Wakanda – was inspired by a real-life army of female warriors in West Africa.

Movies about writers have a certain literary charm, curling comfortably around their pens or their typewriters or their honeyed turns of phrase. The life stories have even been twisted and fictionalised into anti-biopics, especially with female writers such as Shirley Jackson (Shirley) and Emily Dickinson (Dickinson). This could be the case for Frances O’Connor’s film debut Emily, which reimagines the little-known life of Wuthering Heights author Emily Brontë.

Fittingly, Emma Mackey from Sex Education plays Brontë as she deals with her authorial sisters and navigates her forbidden love for William Weightman (Oliver Jackson-Cohen), for whom there was a lot of sibling rivalry. The film also stars Line of Duty’s Adrian Dunbar.

Martin McDonagh is constantly straddling film and theatre, which is perhaps why his movies are so rich in dialogue that's funny, profane and poignant. Following the Oscar-winning Three Billboards outside Ebbing, Missouri, his fourth film The Banshees of Inisherin travels to the west coast of Ireland for a dark tale of a broken friendship.

Park Chan-wook is one of South Korea’s most popular movie exports – wowing everyone in 2004 with Oldboy. His last movie was 2016's The Handmaiden, prior to making his TV adaptation of The Little Drummer Girl starring Florence Pugh.

Now, Chan-wook comes back to cinema in a more muted fashion with his new detective drama Decision to Leave. The story follows a woman suspected of her husband’s murder and the well-meaning detective who's conducting the investigation. Making things complicated, they fall in love.

Swedish filmmaker Ruben Östlund won the Palme D’Or in 2017 for his strange and brilliant blazing of the art world in The Square. This year, he won the coveted prize again for his funny, seething satire Triangle of Sadness starring Woody Harrelson.

The film follows a pair of social media influencers on a luxury yacht, living the high life with a gaggle of billionaires. But when the ship heads for disaster, all of them are stranded on a desert island. Modern-day hierarchies begin to dissolve as they struggle to survive.

The quality and popularity of Black Panther, Marvel’s one and only Best Picture contender, paved the way for a more diverse franchise. Based on the beloved comic, the film told the story of the secret African state of Wakanda – led by King T’Challa, memorably depicted by the late Chadwick Boseman.

In the anticipated sequel Wakanda Forever, Wakanda mourns the death of T’Challa and a new threat rises from the underwater city of Atlantis by its ruler Namor (Tenoch Huerta). I May Destroy You’s Michaela Coel also joins the cast as the combat warrior Aneka. 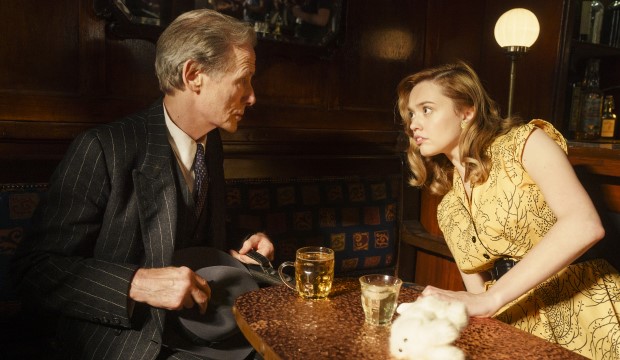 Mixing fine-dining satire with claustrophobic (if funny) horror, The Menu pokes into the upper echelons of society and serves them some artistic grub. And with Don’t Look Up’s Adam McKay producing and Succession’s Mark Mylod directing, this film will likely make you laugh as much as dread.

With the pleasing triumvirate of Anya Taylor-Joy, Nicholas Hoult and Ralph Fiennes, The Menu follows a gathering of diners at an exclusive restaurant led by the famous Chef Slowik (Fiennes), who creates narratives out of food courses. But the menu, and therefore the story, turns into a brutally dark direction where reality and performance blend with each other. 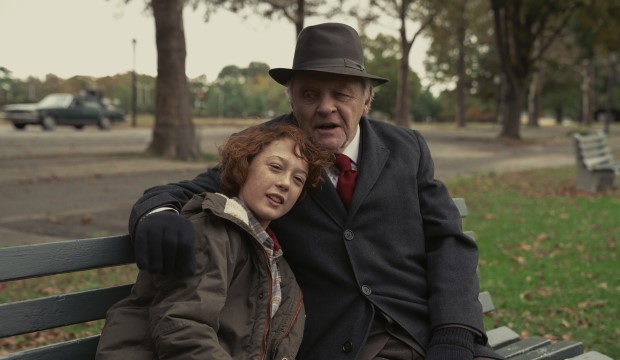 All those big names support the young Banks Repeta as Paul Graff, Gray’s 11-year-old alter-ego, who navigates New York as a Jewish boy with parents trying to fulfil their American Dream. But after moving to private school and witnessing various inequalities, Paul learns some awful truths about the world.

It was a nuclear moment that pushed #MeToo into the mainstream. Back in 2017, The New York Times journalists Jodi Kantor and Megan Twohey wrote the phenomenal exposé of Harvey Weinstein and the systems used to protect him. Before long, this led to more accusations: showing that the problem was bigger than one seedy studio head.

Maria Schrader (Unorthodox) directs this new journo drama based on Kantor and Twohey’s investigation, as portrayed by Carey Mulligan and Zoe Kazan. Although the culture has shifted to suit the new consciousness ignited by Weinstein, She Said is the first film to tackle him head on.

Following success on the West End and on Broadway, the Matilda musical – penned by Dennis Kelly with music by Tim Minchin – has finally found its way to the big screen. Kelly returns to write the screenplay for this bizarre, Dahlian tale, and The Old Vic’s Matthew Warchus directs.

The young girl Matilda (Alisha Weir) is burdened with bad parents, and she’s sent off to a scary school run by the authoritarian Miss Trunchbull (vividly played by Emma Thompson). But she finds literary solace in the loving teacher Ms Honey (Lashana Lynch) and discovers her own telekinetic abilities. Stephen Graham and Andrea Riseborough also star.