From the BBC, Gentleman Jack tells the story of Anne Lister (Suranne Jones) – a female landowner in Georgian times who created scandal with her open lesbianism

2 CW readers are interested
Gentleman Jack, BBC One review 4 Gentleman Jack, BBC One review Euan Franklin
After Gwyneth Hughes’s electric adaptation of Vanity Fair for ITV, the BBC have waited ages before offering something fresh from the 19th century. Les Misérables was good, but unsurprising, and the dreaded Death and Nightingales was bad and tiring – not the most overwhelming competition.

But now, the BBC bring the furiously fun Gentleman Jack – based on the coded diaries of Anne Lister, a lesbian landowner in the 1830s. Lister has travelled around the world, never staying in one place for long. Her Yorkshire estate, Shibden Hall, is managed by her incompetent family, and she only comes back to manage and correct their problems.

But after a passionate love affair goes awry and Shibden's storage of coal increases in value, she considers staying in Yorkshire permanently. 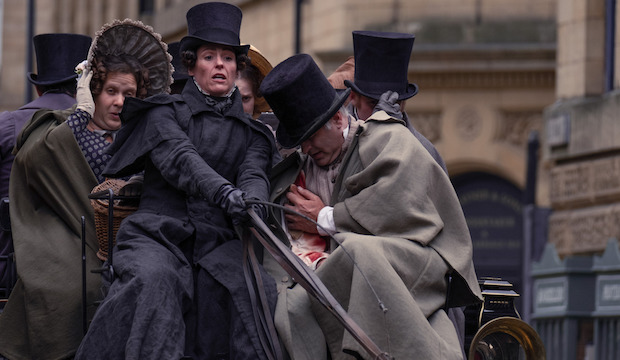 It's impossible not to love Anne Lister (Suranne Jones)

Straight from Lister’s introduction, it’s impossible not to love her. She drives a horse-drawn carriage, speaks French, dresses as a ‘man’, and walks with an exciting immediacy. Every time she enters a room, there’s no question of who’s in charge. Suranne Jones (Doctor Foster) is very hands-on in the role, clearly enjoying every minute of it.

Lister's attractions soon turn to the twentysomething Ann Walker, anxiously played by Sophie Rundle (Bodyguard, Peaky Blinders), who’s suffering a bout of ‘melancholy’. She rarely speaks and when she does, the nerves stutter her tongue. She’s the complete opposite to Lister’s exuberant and extroverted personality, yet they spark an instant connection. 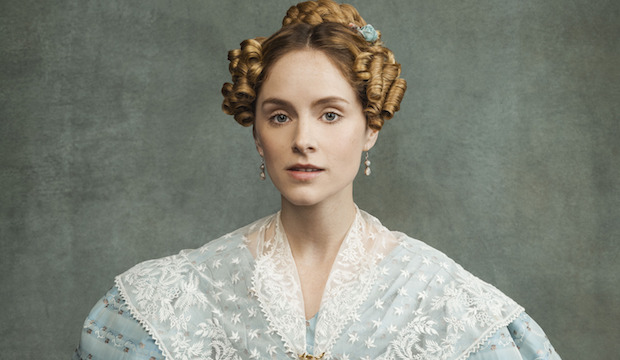 Ann Walker (Sophie Rundle) is suffering a bout of 'melancholy'

But it’s not only Lister’s acts of defiance that give the episode, and hopefully the series, its edge. Nowadays, period dramas often try their best to include well-drawn female and LGBT characters. So, as well as a jaunty soundtrack and direct addresses to camera, writer-director Sally Wainwright spices up the story with sex and blood and illness.

The lesbian sex is graphic without being gratuitous – these passionate fiddles by candlelight bringing to mind the period eroticism of The Favourite. Lister isn’t timid about anything in the bedroom.

Wainwright is also never shy about showing gangrenous legs and autopsied bodies. In one memorable flash, Lister studies the inside of an opened head – being well-versed in medicine, as with other academic disciplines. Not even Vanity Fair went this far. 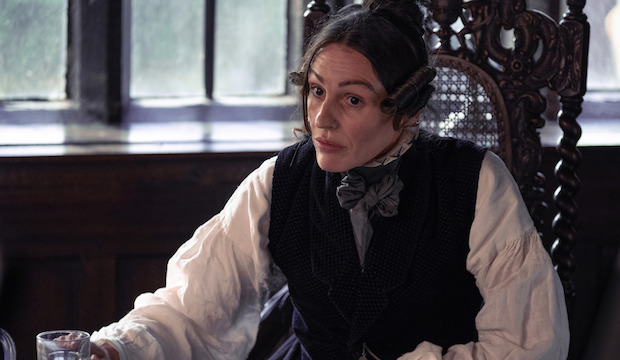 Gentleman Jack is spiced with sex and blood and illness.

Gentleman Jack is a funny, sexy, thrilling period drama that's perfect for our times. The addresses to camera (a technique recently perfected by Phoebe Waller-Bridge in Fleabag) aren't explored enough, appearing as an occasional gimmick - but this may change in the next seven episodes.

And with what’s been recorded about Lister and Walker, we can’t wait for the communal scandal to unfold. No doubt that Lister is looking forward to it too.

What to watch on Netflix: Climate change series and movies
Sign up to CW’s newsletter
By entering my email I agree to the CultureWhisper Privacy Policy (we won`t share data & you can unsubscribe anytime).
2