The night was dark and full of terrors. In The Long Night, Game of Thrones provided their most epic battle sequence yet. Here's a list of the fallen. (SPOILERS!) 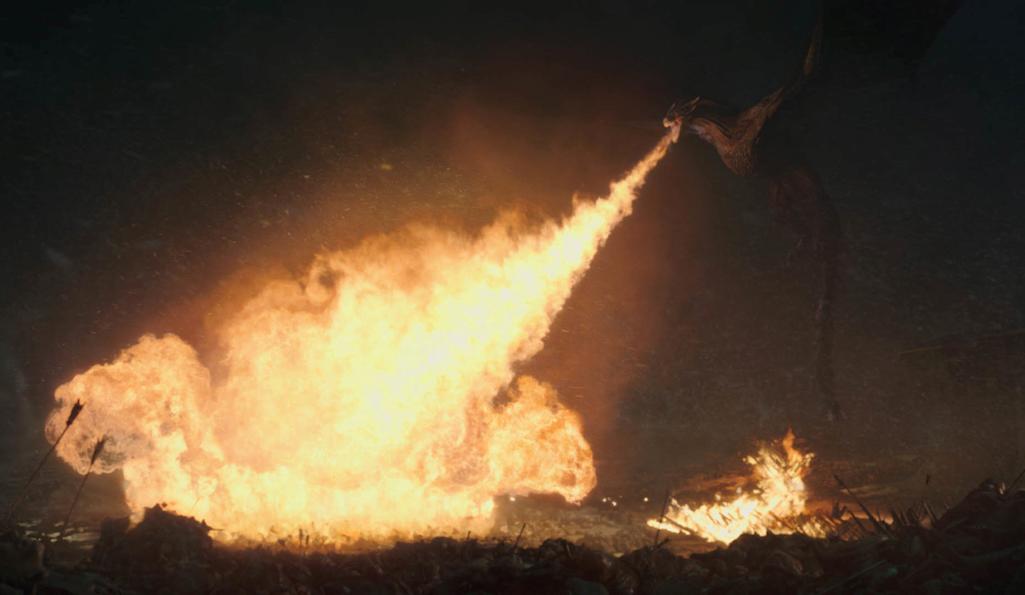 Textbook dragon action at the Battle of Winterfell
Beric Dondarrion 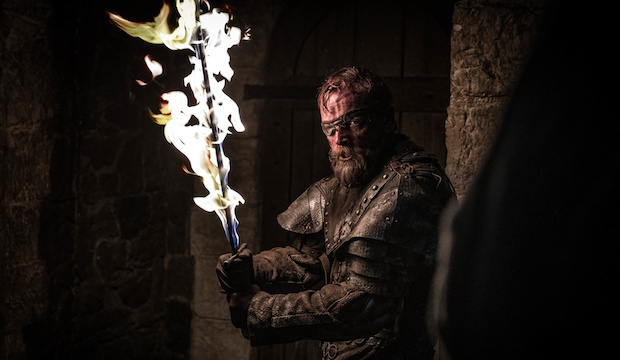 The leader of the Brotherhood Without Banners, devotee to the Lord of Light, the guy with the flaming sword...

Beric Dondarrion (Richard Dormer) became a major player in season 3, following his resurrection from death (one of many) by his Red Priest Thoros of Myr. But after Thoros died beyond the Wall in season 7, Beric had to be more careful.

And at the Battle for Winterfell, in the process of protecting Arya Stark, he finally died for good. His fiery sword will flame no more. 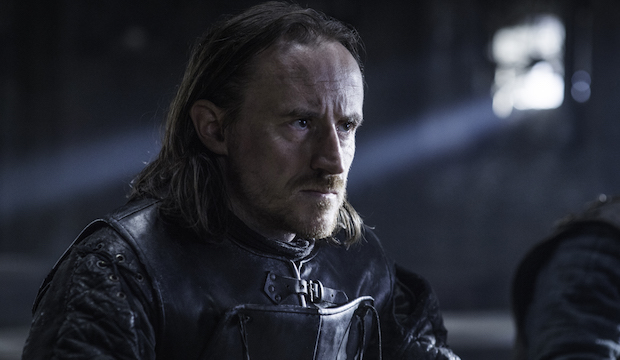 Way back in season 2, as the Night’s Watch travelled beyond the Wall, the ranger Eddison Tollett (Ben Crompton) rode up with them to Craster's Keep. Since then, he’s been loyal to the Night’s Watch and Jon Snow. Jon eventually passed his title of Lord Commander to Edd when leaving for Winterfell.

It’s amazing he’s lasted this long, considering his minor significance compared to most other characters. But it’s still sad to see him zombified. 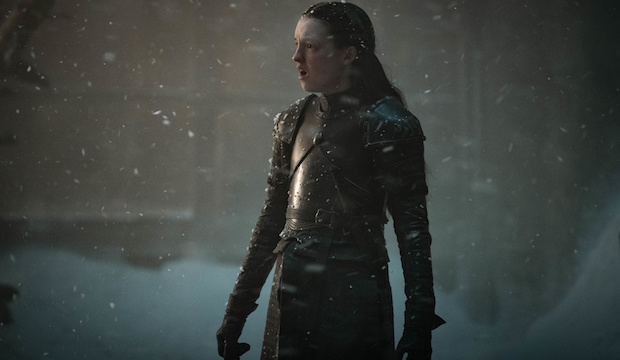 A strong fan-favourite, the 13-year-old Lady Lyanna Mormont (Bella Ramsey) was a little girl with a ruddy fierce personality. She could take down a room filled with respected men and put them in their place, with unparalleled bluntness. Cousin to Jorah Mormont, she took charge of her House after her mother died. Leadership suited her.

And she did not die a pitiful death. Despite being considerably smaller than her fellow soldiers, she fought an undead giant and killed him – providing one of the best deaths at the Battle for Winterfell. 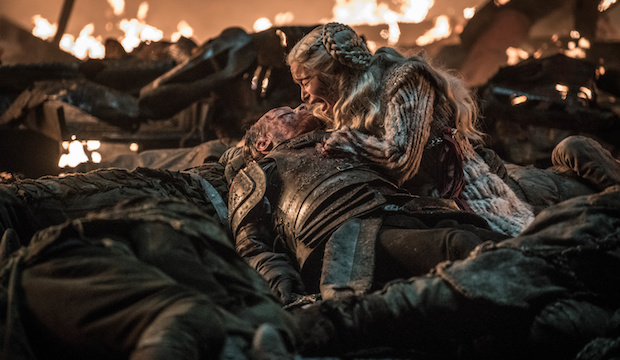 You’d have to travel far across the Known World – through Westeros, Essos, and beyond the Wall – to find a more loyal soldier than Ser Jorah Mormont (Iain Glen).

Jorah got off to a rocky start in season 1, acting as a ‘little bird’ for Lord Varys to spy on the Targaryens. Then he came to respect Daenerys, devoting his life to her cause, and inevitably falling in love with her.

Then Jorah endured many seasons of coming and going: banished by Dany, seeking a cure for his greyscale, and helping capture a wight beyond the Wall. Everything he’s done is in servitude to, in his opinion, the one true Queen. He died defending her till the very end – starting as a disgraced exile, ending as a full-blown hero. 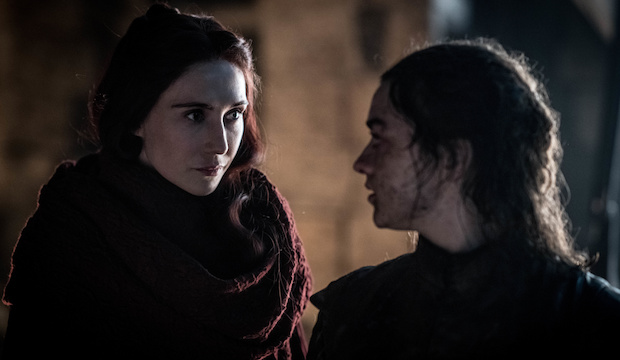 Much like Beric Dondarrion, another servant of the Lord of Light, the Red Priestess Melisandre (Carice van Houten) tried to find her true purpose for many seasons.

She wasn’t the most sympathetic character, starting as a servant of Stannis Baratheon and striving, by any means necessary, to get him on the Iron Throne. This included burning his daughter alive before the march on Winterfell in season 5.

But Melisandre tried to make amends, and got in our good books after resurrecting Jon Snow in season 6. In the Battle for Winterfell, Melisandre suggested Arya can destroy the Night King. Arya did so, and with style. After the battle ended, Melisandre left through the gates, took off her de-aging necklace, and died in the snow. Her purpose was fulfilled. 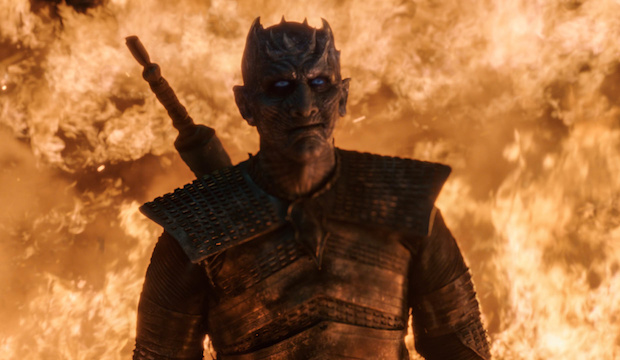 The Night King (Vladamír Furdík) was a real pain since his first appearance in season 4. As leader of the White Walkers, he was the epitome of evil – the potential source of ultimate destruction in Westeros.

Way back when, he was the first to be changed into a White Walker by the Children of the Forest. He popped up in the series every so often, but grew into a terrifying presence – ominous and rarely seen.

He made his final appearance (we hope) at the Battle for Winterfell, when trying to kill Bran / the Three-Eyed Raven under the weirwood tree. But, at the last second, Arya leapt into view. After a horrific struggle, she stabbed the Night King with a dagger of Valyrian steel and he exploded in a shower of ice. Nobody kills like Arya Stark. 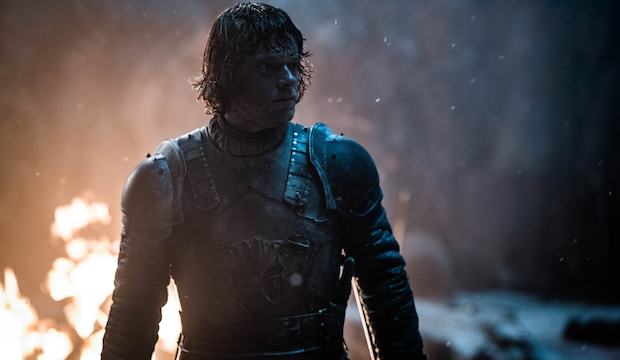 He had a hellish journey. After betraying the Starks and leading his own uprising, he was captured by the sadistic Ramsay Bolton and turned into a slave. But after Stannis's final march against the Boltons, Theon redeemed himself by saving Sansa Stark and escaping Winterfell.

During the Battle for Winterfell, Theon returns to defend a Stark. Under the weirwood tree, Theon and his battalion protect Bran from the wights – until the White Walkers turn up. The Night King appeared, and Theon tried to attack as a final act of courage – providing more time for Arya’s final strike.

Theon was far from perfect, but he’s proven himself worthy of our forgiveness.