Actor Josh O'Connor is about to reach international fame as Prince Charles in the excellent Netflix series, The Crown. Culture Whisper chats with O'Connor about his recent success 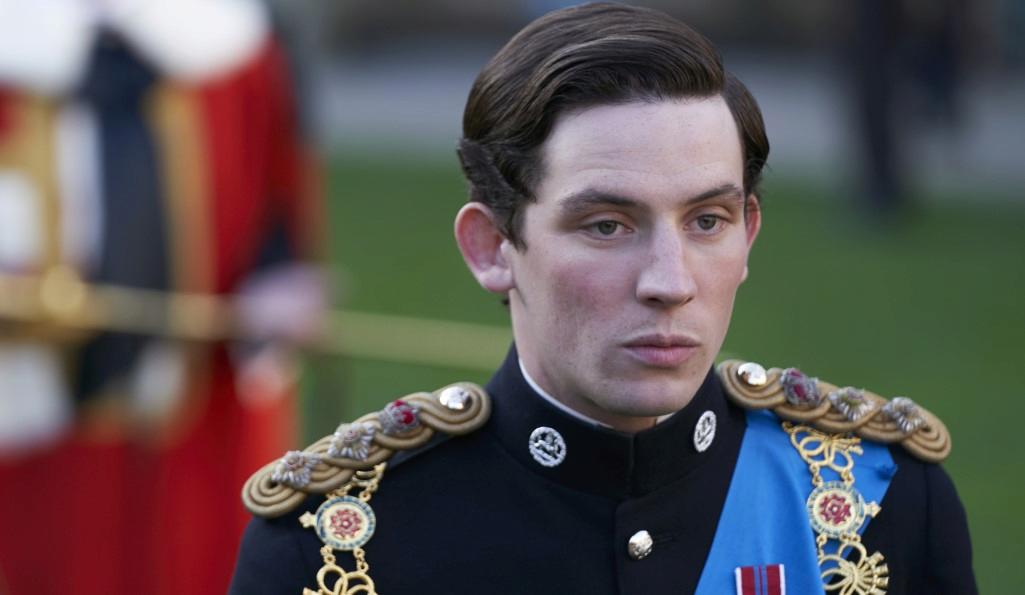 Josh O'Connor plays Prince Charles in The Crown season 3
If you’ve never heard of Cheltenham-born actor Josh O’Connor, you will in the next few weeks. He made his name in British cinema with the northern farm boy romance God’s Own Country, and continues being the crucial loving lead (recently in Only You and Hope Gap). This doesn’t include his TV credits, consisting of period dramas like the recent BBC adaptation of Les Misérables and the sun-soaked comedy drama The Durrells on ITV.

And it’s in TV where his name will be mined, melded, and displayed as a crown jewel of binge-watching culture. Season three of The Crown is arriving on Netflix this month with a sparkling new cast, set during a later period of Queen Elizabeth II’s reign (1964 – 1977). The furiously wonderful Olivia Colman (The Favourite, Fleabag) is playing the ruling Windsor, and newcomer Emma Corrin will debut as Lady Diana Spencer in season four.

O’Connor is playing Diana’s eventual other half, and future King of the UK, the personable Princes Charles — who begins to drift from his royal family. We can’t wait to see what kind of prince he’ll be. 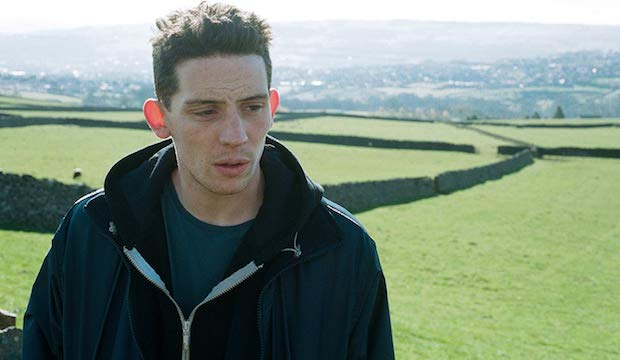 Josh O'Connor as Johnny Saxby in God's Own Country (2016)

Culture Whisper chatted with O’Connor back in April at the BFI & RadioTimes Television Festival. He travelled up from Brighton after filming a new adaptation of Jane Austen's Emma, adapted by Booker Prize-winner Eleanor Catton and starring Anya Taylor-Joy.

Josh O’Connor: Yeah, really good! It’s a period piece, obviously. You’ve got to do a Jane Austen, don’t you?

You’re in loads of period dramas at the moment. Do you have a special affinity for the genre?

It’s really weird – I never imagined myself in period dramas when I was at drama school. But maybe I just look good in breeches, I don’t know.

And you’re going to be in The Crown. How was that experience?

Really good. Can we call that 'period'? Probably not. It’s of a period. I’m really proud of what we’ve done and can’t wait for people to see it. To me, it [is] one of my favourite things on television. It was a terrifying thing to take on, but I’ve loved every single second of it. 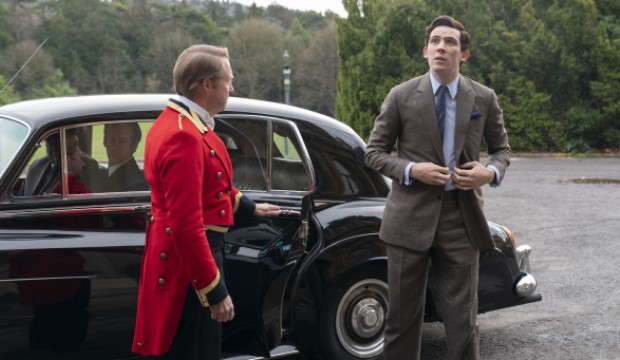 What was it like taking on the role of Prince Charles?

Everyone keeps saying, ‘Was there a pressure?’. Initially, I maybe felt some sort of pressure but I never felt uncomfortable about it. I felt really excited. 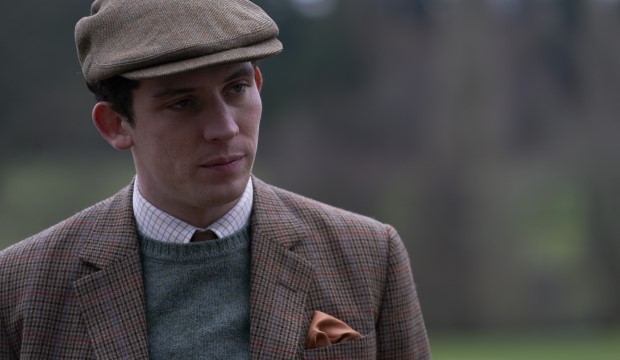 Was that informed by research on the Prince?

I did do a little, but it’s as much as any other character [I've played]. You do as much research as is helpful, you watch interviews with Prince Charles.

But actually… the persona I give off in interviews is totally different to the persona I give when I’m alone with my brothers or my mum or my friends. It’s an interesting one with The Crown because there’s only so far you can go, before you have to go: ‘Does he talk that way in private?’, ‘Does he only ever talk about the environment in private?’. Of course he doesn’t. 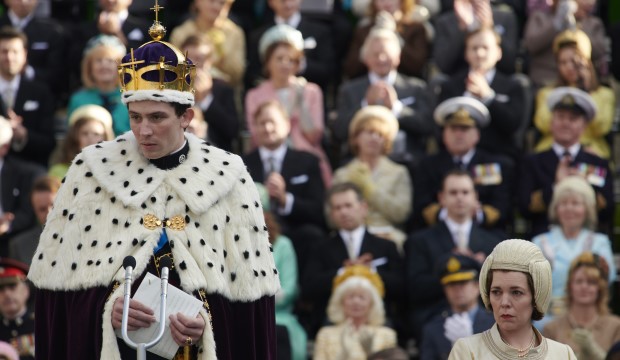 What’s it like to have Olivia Colman as a mother?

So, so funny. She’s too young to be my mum, really. She’s a friend and probably my favourite actor in the world. To stand across from her in a scene and be acting with her is just… you have to pinch yourself.

On the one hand, she’s a total movie star, one of the greatest actors of our time. On the other hand, she’s just the loveliest, coolest person who will tell you a ridiculous story, effing and blinding. She’s lush. 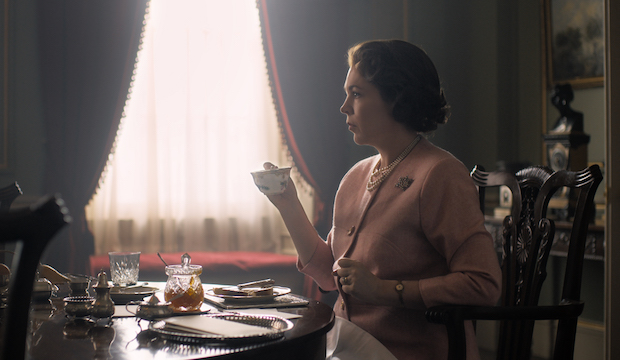 Olivia Colman as Queen Elizabeth II in The Crown season 3

Did you meet her on Les Miserables?

We did, yeah, but we didn’t have an awful lot to do together. We just hung out a bit. By that point, we knew we were both doing [The Crown] so we had a little chat.

With the epic scale of Les Miserables, was it a difficult shoot?

I wouldn’t say it was difficult. It was a long shoot, really. There were times where we were tired. I really enjoyed the journey that Marius goes on.

If there was a moment on the shoot that was really tiring, it was when Dominic [West, playing Jean Valjean] had to carry me through some sewers. It was tiring for Dom, a luxury for me. They even heated the water – it looks like it’s tough, but it’s really lovely. Dom, when he first met me, basically nearly fainted because [I’m] six-foot-two! ‘Why couldn’t you cast a smaller Marius?’ 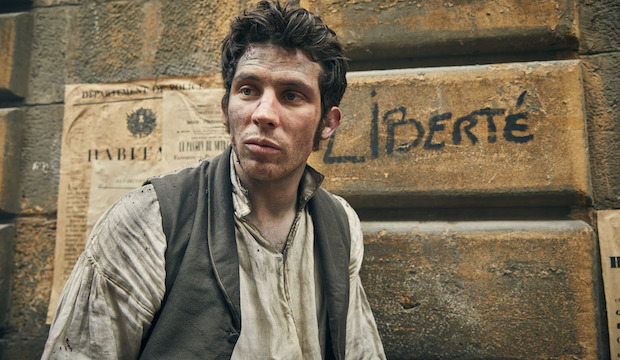 Generally speaking, it was a really lovely shoot. I had an incredible group of actors around me. In the ABC group, the revolutionaries: Archie Madekwe [Courfeyrac], Joe Quinn [Enjolras], Turlough [Convery, playing Grantaire] who’s a really close friend of mine. We had these three boys and they were unbelievable. And then Erin Kellyman [Eponine], Ellie Bamber [Cosette]… All that group of young actors was so lovely to be part of.

You’re a massive film buff, and have expressed interest in making your own film. Any ideas?

I’ve never really sat down and thought it through. If I feel there’s a story I want to tell, then maybe. I don’t really have an idea at the moment.

Who would your lead actor be?

(laughs) You can’t say yourself? I’m joking! Absolutely not me, that’d be rubbish. You know when you see actors who’ve written and directed and star in [their own movies]? I couldn’t do that.

Uh, Jessie Buckley. I love Jessie. She’s got a film coming out this weekend [Wild Rose] that’s going to be amazing. Olivia Colman, if she'd ever do a movie with me. David Thewlis would be [at] the top. He’s probably one of my favourite actors. 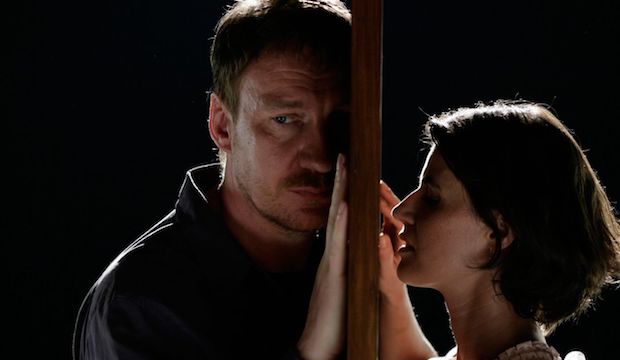 David Thewlis in The Inner Life of Martin Frost (2007)

What’s your favourite thing he’s been in?

Actually, a really weird niche film that didn’t make a lot of noise. It was a film written by Paul Auster, a series of short films [The Inner Life of Martin Frost]. It’s really geeky, but I have one of maybe two DVDs that exist. Also, did you see him in Fargo? Outrageous performance.

The Crown season 3 will be available on Netflix from Sunday 17 November.