This straight, song-less BBC adaptation by Andrew Davies is a somewhat jarring alternative. It’s even been hazardous at times, especially in the overblown romance between Marius (Josh O’Connor) and Cosette (Ellie Bamber). But now, in the series finale, the story arrives to a tearful and explosive conclusion.

Savvy to Marius’s whereabouts on the barricade, Jean Valjean (Dominic West) sets out to find and maybe even kill his step-daughter’s lover. But Javert (David Oyelowo) is also at the barricade, still tied up; and with the heavy onslaught of soldiers approaching for a massacre, the barricade is the worst place to be right now. 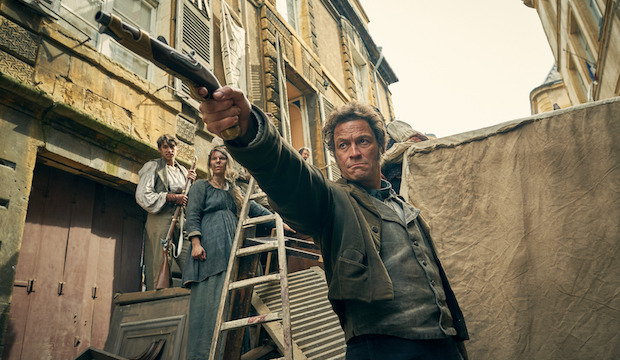 Relieved from the wheezing burden of Cosette and Marius’s lovey-dovey nonsense, the focus is now on the battle between the revolutionaries and the French army. It’s hard to be invested in the politics, since it’s wrapped in hyperbole, but it's easier to appreciate the honour and the bravery of the comrades. They suffer through blades and bullets, their blood splashing the Parisian cobblestones. There’s a certain Lord of the Rings-intensity in these scenes: fantastically overblown, but emotionally brutal.

This finale belongs to Javert as much as Valjean. He’s given another edge, forced to reconsider the value-systems he’s held for decades. Oyelowo, even in his most over-dramatic moments, has been an aggressively vital force through the series and the finale draws out his crushing talents.

With Tom Shankland’s intelligently paced direction, Oyelowo is often silent – stretching Javert’s pauses as if a stiff chill is coursing through his soul (in sharp contrast to his booming, almost ridiculous performance last week). Now, as he’s lost for words, we can feel each sorrow and regret. And, for the first time, we feel sad for Javert. 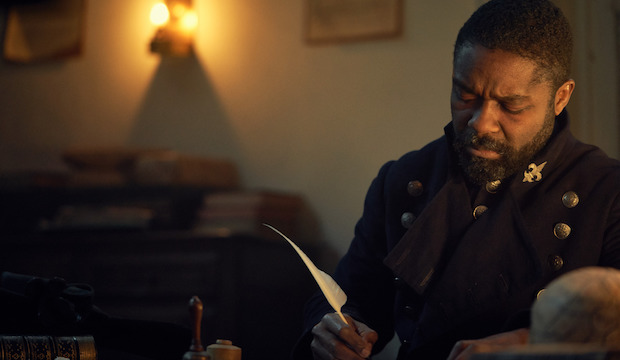 This finale belongs to Javert (David Oyelowo) as much as Valjean

The sadness spreads through all the characters, and in many scenes it’s hard not to shed a tear or two. The finale is a sad boom of empathy, even attracting a glint of despair for the wicked Thernadier (Adeel Akhtar) because of his troubled life.

And like Javert, Marius’s father Gillenormand (David Bradley) irks with regret at the way he treated his grandson. Bradley, an actor well-versed in playing despicable characters (Walder Frey in Game of Thrones being a particularly horrible highlight), shows that he can achieve love and emotion to such painful heights.

If the musical of Les Miserables is a bucket of misery, the TV series is an overflowing well. It wouldn’t even be controversial to say that the musical feels optimistic in comparison, especially when considering the finale's closing shot. It’s been a dark, absorbing, and sometimes silly period drama that’s not afraid of showing the depths of human weakness – and strength.