However, there’s still a need to adjust for the present day, which is why last week’s episode was quite absorbing. And despite the thrill of blades and gunpowder hitting the streets of Paris in episode 5, it’s trodden into the dirt by the unbearably soppy romance between Marius and Cosette.

The condemned and esteemed Napoleonic General Lamarque has just died of cholera, which spurs a political protest by the anti-monarchist rebels. Marius (Josh O’Connor) is invited to join the revolution, but pursues matters of the heart instead via Cosette (Ellie Bamber) who’s still being kept hidden away by Jean Valjean (Dominic West). 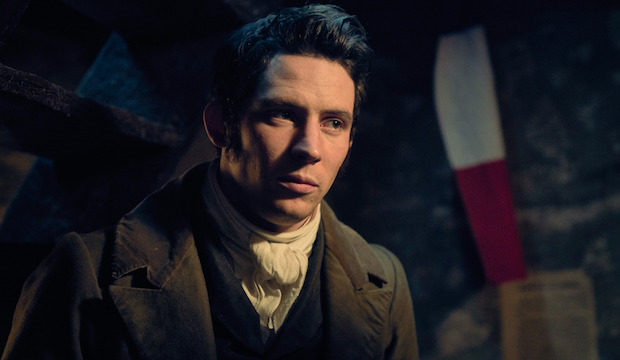 Episode 4 appeared to promise something different, something darker within Marius – his sexual desires for Eponine and Cosette growing into his dreams. But now, Davies reverts back to the overinflated love story canonised by the stage musical. Despite having only just met, Marius and Cosette are endowed with so much love for each other, too much love for each other, that logic and the psychological motivations hinted at last week are promptly thrown away.

It’s probably silly to complain about, considering the story was written nearly 200 years ago, but couldn’t Davies have modernised it just a little bit?

Cosette’s flowery innocence (literally the case when she’s in the garden with Marius) is especially irritating, acting in the dated archetype of imprisoned princess wanting to be saved by her local Prince Charming. She doesn’t wield anything deeper; nothing dark, nothing that’s even contentious or complicated about her character. Even Marius has something buried.

Eponine (Erin Kellyman) is the real star of this weak triangle, being a strong, no-shit-taken vision of unrequited love – even shouting at Marius for his stupidity: ‘Don’t you understand anything!?’. She deserved better. 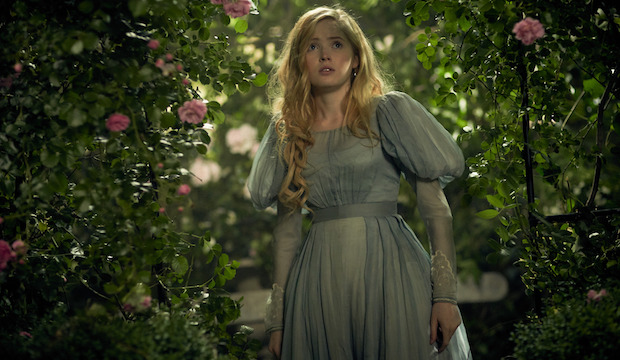 The hyperbole continues with Javert (David Oyelowo), who reaches new, overdramatic heights. A violent political rebellion is about to strike, but he believes – for no discernible reason aside from his own hell-bent pursuit of vengeance – that Jean Valjean is their leader. Javert shouts at his officers like a theatrical demonstration, Tom Shankland directing Oyelowo like he’s on stage in a Shakespeare tragedy. It’s not convincing, and it’s even laughable.

But there’s some good to be found in episode 5, chiefly in the scenes between the revolutionaries. The battle sequences at the barricade are gripping and well-coordinated – the cobbled streets murky from flames and musket fire. It’s also an emotional fight since every person’s life is at risk, even the children. In light of Game of Thrones and the heightened expectations for battles on television, Davies and Shankland did an astounding job.

Let’s hope episode 5 will mark the series ditching love all together and sticking with the grit.