Episode 2 of ITV's new Sheridan Smith drama Cleaning Up raises the stakes and Sam's life starts to crumble. She needs to get better, otherwise she'll lose everything

Sam (Sheridan Smith) cashes in on the investment she made with Jess (Jade Anouka), based on what she overheard from an insider trader (Ben Bailey Smith). But the foundations for her plan begin to crumble, and her gambling addiction continues to threaten her way of living – pushing back everyone she loves. 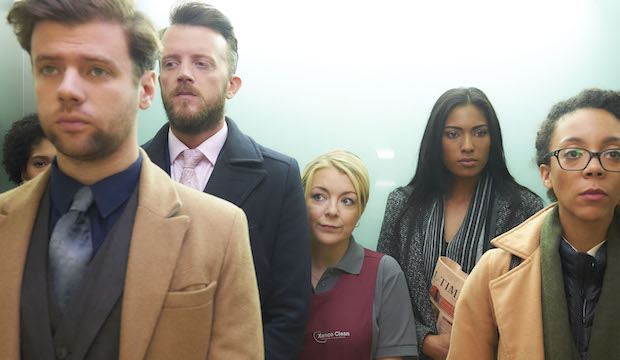 Episode two raises the stakes of episode one, but contains a lot of the same beats. We still have Sam struggling to make ends meet, to take care of the kids, miserably gazing at all the debts she owes, and gambling everything she earns on a virtual roulette wheel.

Writer Mark Marlow increases the jeopardy by having the eldest daughter Alice (Kristy Philipps) run away to her Dad’s (Matthew McNulty), who's living with his new girlfriend (Naomi Ackie), as well as creating emotional tensions between Sam and Jess. Sam starts to lose everything she’s worked so hard to keep.

But it's not much that we haven’t seen before. Although the microphone in the vent is found, Sam isn’t in any danger of being found out. The episode even has its own sneaky heist scene, where Sam leaves behind another potential risk of discovery. And although Alice runs away, she spouts out some tiring and clichéd reasons for leaving - claiming being treated like a ‘slave’, ‘Alice do this, Alice do that!’. Thankfully, we understand more about her character as the episode continues, but this was a weak point. 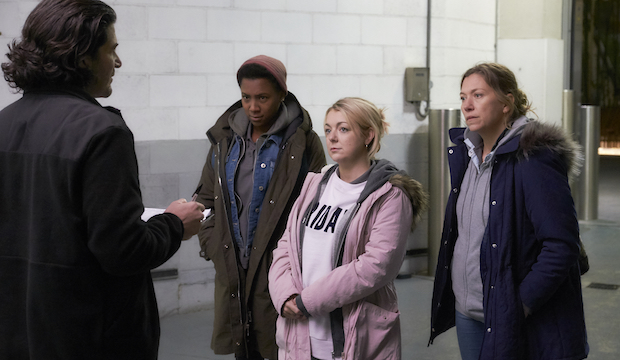 Despite these faults, there’s still plenty to enjoy. Sheridan Smith holds the character well, providing a harsh and hilarious charm that's laced with Sam's love for her children. When she’s asking a group of teenagers about her missing daughter, Sam can't help spitting back at a cocky kid: ‘Oh get lost, you useless twat … best run home before your bedtime story!’. It's hard not to love her attitude when she's verbally destroying those who deserve a good talking-to.

But much of the comedy belongs to Glynn (Robert Emms), being an awkward and affirmative millennial who says yes to everything – including agreeing to look after Sam’s youngest, which predictably ends in colourful chaos.

The premise of Cleaning Up is strong enough to carry on with, but episode two feels much of the same. Hopefully next week will hold another, more significant surprise that’ll attract some much-needed change for the series.

Cleaning Up continues on Wednesdays at 9pm