From Jake Gyllenhaal looking arty in Velvet Buzzsaw to Ellen Page's comic book resurrection in The Umbrella Academy, Netflix in February will be full of surreal and fantastic adventures 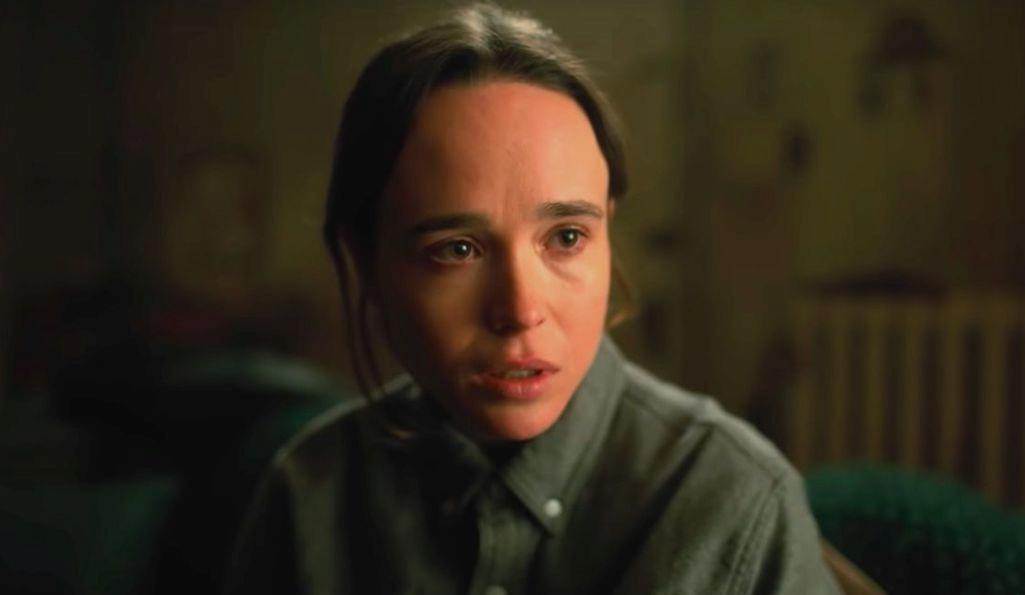 Now Dan Gilroy, the writer-director of Nightcrawler, reunites with Jake Gyllenhaal to create a horror-thriller set in that world. In his new Netflix film Velvet Buzzsaw, a supernatural force comes to the Los Angeles art scene and punishes those motivated by money rather than art.

Who says there are too many superheroes? OK: pretty much everyone, but this looks different.

Based on the comic book series by Gerard Way, The Umbrella Academy follows six super-kids who were adopted by an alien scientist and taught about their powers. It’s not hard to see why Ellen Page was cast, considering her role as mutant student Kitty Pryce in the X-Men film series. And judging by the trailer, The Umbrella Academy looks to be a darker, funnier, and altogether more stylish take on the superhero genre.

Steven Soderbergh loves wandering between indie and mainstream filmmaking, ever since his 1989 debut sex, lies, and videotape. And he loves to experiment: in 2018 he released Unsane starring Claire Foy, in which every scene was shot by an iPhone.

He’s back this year with High Flying Bird – premiering at the Slamdance Film Festival (the indie alternative to Sundance) – which follows a sports agent (André Holland) as he shakes up the world of basketball during a lockout.

Perhaps Valentine’s Day is the best time to question your lover. Based on the famous true-crime podcast, Dirty John is a one-off series that shows the horrors of online dating.

Debra (Connie Britton) is a businessperson who, after four failed marriages, decides to hit the dating apps. She meets John (Eric Bana), an anaesthetist… or so he says. In real life, John Meehan was a con man who psychologically manipulated people to get what he wanted. She and him grow closer, but Debra starts to discover who John really is.

Based on the true-crime book by Maureen Orth, the second season in this anthology crime series details the murder of Italian fashion designer Gianni Versace (Edgar Ramirez) by killer Andrew Cunanan (Darren Criss). Andrew is a compulsive liar who has an obsession with Versace, eventually ending in blood.

Another serial killer curiosity, The Assassination of Gianni Versace won two Golden Globes including one for Criss’s murderous performance.

Yes, the lack of a question mark is very irritating, but the film looks hilarious.

Isn’t It Romantic follows Natalie (Rebel Wilson), a hater of romantic comedies who bangs her head and wakes up in an alternate universe… where the whole world is a massive rom-com. She suddenly has a big apartment, a gay best friend, a handsome lover (Liam Hemsworth), and her swearing is cut out completely.

Rebel Wilson isn’t the only blonde comedian on Netflix playing someone who enters a totally different world (or thinks they do).

In I Feel Pretty, Amy Schumer is Renee, a woman deeply insecure about her own appearance. She suddenly has a fall in the gym, wakes up, and looks in the mirror – shocked at what she sees. She thinks she’s turned ‘beautiful’ but, in reality, she hasn’t changed at all. She now lives her life with a thick burst of confidence because of this self-perceived beauty.

After you’ve watched Here We Go Again! for the hundredth time, why not go back to where it all began? It’s hard to believe Mamma Mia! is over 10 years old, but now it’s coming to Netflix for everyone to enjoy (again).

As Sophie (Amanda Seyfried) prepares for her wedding, she really wants her father to be at the ceremony. Problem is, she doesn’t know which of three men he is. She invites them all, hoping the truth will eventually come out. Oh, and there's ABBA. Lots and lots of ABBA.

Imagine a lawyer who told the truth? Look no further than Netflix, which is adding the classic ’90s comedy to its selection.

Jim Carrey – here at the height of his comedy powers – stars as Fletcher, a lawyer whose trade and personality is in constantly lying to people. His son makes a wish for him never to lie again, and when it comes true Fletcher’s job and personal life become hilariously difficult.

We’ve all been to parties that feel like they’ll never end. At least we know that they will come to a close eventually. But in Russian Doll, a new series from Orange is the New Black actor Natasha Lyonne, Nadia (played by Lyonne) is forced to relive the same night over and over again – with no foreseeable way to finish it. At last, a Groundhog Day for the Netflix generation!

Jordan Peele’s hypnotic horror film made scary waves in the industry when it came out in 2017, and it’s finally available to watch on Netflix. Get Out is genuinely terrifying and weaves in strong themes of black identity, capturing some of the painful horrors of racism in America.

Chris (Daniel Kaluuya) is a photographer who’s visiting his girlfriend’s parents for the weekend, and he’s anxious about their reaction to him being an African-American. His nerves turn out to be well-founded in the weirdest possible way.

As one George R. R. Martin story ends, another must begin. 2019 sees the final series of global fantasy phenomenon Game of Thrones, but don’t despair: Nightflyers is coming to Netflix. Based on an early novella by Martin, this new series (originally broadcast on SyFy) swaps dragons for spaceships and loses none of the blood.

The Earth is on the brink of extinction, and a team of humans fly through space to find an alien spacecraft that holds the key to their survival. But these don’t look like friendly aliens…

After putting the entire Lord of the Rings trilogy on Netflix, the arrival of The Hobbit was gloriously inevitable.

Based on J.R.R. Tolkien’s classic fantasy novel, The Hobbit: An Unexpected Journey follows Bilbo Baggins (Martin Freeman) as he embarks on a quest outside his comfort zone. A wizard (Ian McKellen) and thirteen Dwarves come knocking on his door, hoping for assistance in taking back a rare treasure from a fire-screaming dragon.

Dawn of the Planet of the Apes
UK Netflix release date: 10th February

The second film on this list to feature an immersive digital performance from Andy Serkis, Dawn of the Planet of the Apes continues the revival of the ‘60s and ‘70s film series.

After the revolutionary events of Rise of the Planet of the Apes, the ape leader Caesar (Serkis) reaches a delicate peace between the apes and the humans. But under the rule of an unsympathetic tyrant (Gary Oldman), the humans break this balance and opt for a battle of the species.


In 1970, NASA sent up three astronauts to land on the moon for the seventh time in history. But the seventh time was certainly not the charm. While orbiting the moon, the spacecraft lost its oxygen and threatened the lives of everyone on board. The classic 1995 film starring Tom Hanks tracks their cruel progress back to Earth.

In the last ten years, a multitude of Sherlock Holmeses have come out of the Victorian shadows and tried to clasp their own glory. Benedict Cumberbatch currently holds all the TV gold, but Robert Downey Jr. is the current master of Sherlock Cinema with the blockbuster adaptations by Guy Ritchie (to be continued in 2020).

In the sequel A Game of Shadows, Sherlock Holmes meets his arch-nemesis Moriarty (Jared Harris) who causes all kinds of destruction across Europe.

No, not Paddington – Paddleton, the new comedy-drama from cinematographer Alex Lehmann.

Starring Mark Duplass (Goliath) and Ray Romano (Everybody Loves Raymond, The Big Sick), the film follows two middle-aged neighbours who grow into good friends. But when one gets terminal cancer, the friendship turns into an heavy, emotional journey for the both of them.

Relive the brilliance of Blackadder! Netflix have selected the weakest periods in Blackadder’s history, but this period anthology sitcom written by Richard Curtis and Ben Elton is still undeniably funny. And it made stars of Rowan Atkinson, Hugh Laurie, and Stephen Fry.

Blackadder II is the superior series, set in the reign of Queen Elizabeth I, with Lord Blackadder (Atkinson) constantly needing to avoid Queenie’s childish malice as well as strenuously concocting some plots of his own.