An Oscar-worthy performance from Jake Gyllenhaal makes this comic thriller and new film release from director Dan Gilroy one to watch out for. 'Nightcrawler' UK release date October 31st 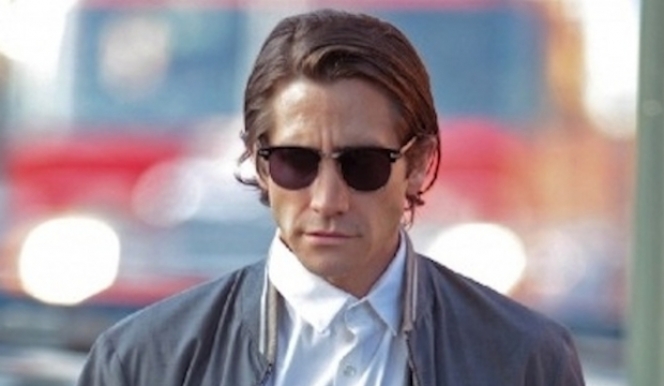 Jake Gyllenhall as Louis, Nightcrawler's semi-psychotic crime journalist
Surrounded by Oscar buzz already, Nightcrawler is set to be one of the most significant movies of the year. Following the semi-psychotic career ambitions of a budding freelance crime journalist, director Dan Gilroy (writer of The Bourne Legacy and The Fall) presents a darkly comic thriller that plunges the audience into an ethical minefield of sleazy, commercialized journalism and one man’s moral compromises for the sake of success.

Jake Gyllenhaal (Jarhead, Brokeback Mountain) is the unbalanced, hotheaded loner Louis, who accidently stumbles upon the site of a burning car with a rescue in progress. His eyes are excitably drawn to the cameramen, and soon he finds himself embarking on an escapade of investigative filming, scrambling to crime scenes and trawling through bullet-ridden houses. Louis soon becomes so overloaded with his obsession that he requires an assistant and finds the perfect candidate in the amusingly desperate Rick, played by Riz Ahmed (Four Lions, The Road To Guantanamo). Although the movie’s tense action is without question, Gilroy ensures an undercurrent of a somewhat twisted comedic tone, provided predominantly by the comically gifted Riz Ahmed. When the pair is first to the site of a murder (before even the police have arrived), they take the decision to move the body in favour of a more aesthetically beneficial position. Cue the ensuing moral quandaries of Rick and Louis as they juggle their business relationship with late-night news channel producer Nina, played by Rene Russo (Ransom, Outbreak), and their own ethical responsibility to bring the killer to justice.

Although the majority of Oscar buzz has been focused on Gyllenhaal’s mesmerizing performance and commitment to character (the star shed around two stone for the role), critics have also been bowled over by Gilroy’s screenplay. Compared to both Scorsese’s Taxi Driver and Oliver Stone’s Talk Radio, this is not a picture that will go unchecked by the Academy. And with the same cinematographer (Robert Elswit) as Magnolia and Boogie Nights, Nightcrawler promises to be as visually arresting as its plot is thrilling.

Watch the trailer for Nightcrawler: