Condemned by the Versace family: The Assassination of Gianni Versace on BBC Two is must-watch TV

TRY CULTURE WHISPER
Receive free tickets & insider tips to unlock the best of London — direct to your inbox
Following the success of their Bafta-winning series, the pair are back with the second instalment in their American Crime Story series. The Assassination of Gianni Versace – written by Child 44 and Tom Rob Smith – dramatises the mysterious events surrounding the 1997 murder of the Italian fashion designer, Gianni Versace.

Where The People v OJ Simpson unpicked the OJ Simpson murder trial against a backdrop of inflamed race-relation tensions in America, The Assassination of Gianni Versace illustrates the trappings of fame and examines issues of homophobia and class tensions in 90s America.

A whydunnit: catch the cultural culprit 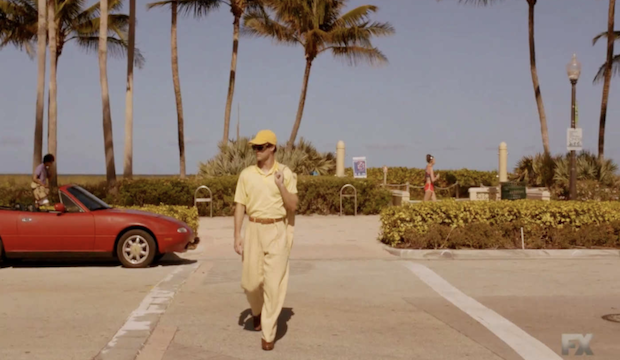 Little is actually known Versace’s death, but Assassination is based on the speculative book Vulgar Favors: Andrew Cunanan, Gianni Versace, and the Largest Failed Manhunt in the US History by Maureen Orth. What we do know is that titular assassin Andrew Cunanan rose to notoriety after concluding a cross-country murder spree by gunning down Gianni Versace on the steps of his Miami Beach mansion.

The story is told in reverse, beginning with the crime and then examining the circumstances leading up to Versace’s murder. Or rather, assassination. Unlike The People v OJ Simpson, the political ramifications don’t play out in the public eye. The storyline of Assassination doesn’t depend on the episode before: each installation could exist as a short, stand-alone film. In both stories, we know who did it. The real culprit here are sociological prejudices – and they're held accountable for the casualties.

Killing it: a cast to die for 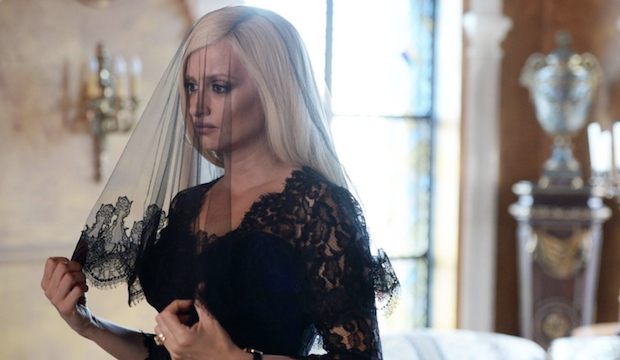 Much like The People vs OJ Simpson, Assassination has an all-star lineup. Warbling lawyers John Travolta and Sarah Paulson are replaced by glamorous Versace siblings, Gianni (Édgar Ramírez) and Donatella (Penélope Cruz). Ramírez offers a touching portrait of an artist as a sensitive soul, whereas Cruz commands whatever room she struts into.

Darren Criss, the preppy songbird of Glee, is out there using his jazz hands for evil. Criss steals the show with his portrayal of serial killer Andrew Cunanan. He is a handsome, charming, bespectacled psychopath; practicing his reactions in the mirror, able to switch personalities in an instant, and curating his backstory to ensure he ‘tell people what they want to hear.’ Despite the shape-shifting personality, Criss conveys the rage and desire for fame that drove Cunanan to his rampage in a performance that exalts Cunanan to the legendary heights he aspired to. 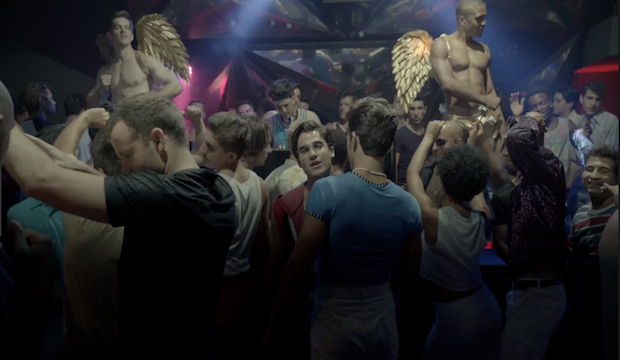 Reminiscent of American Psycho, the film based on Bret Easton Ellis’ novel, the pop-culture soundtrack speak volumes to the serial killer’s state of mind. But here, Bateman’s sinister soft-rock beats are replaced by pop tracks and disco. Andrew celebrates his notoriety to Laura Branigan’s gay anthem, Gloria. He prowls for victims in gay nightclubs to classics like Last Night a DJ Saved My Life and La Bouche’s Be My Lover. The nuance of a serial killer stalking a supposedly safe space isn’t lost on Criss himself, who stated in an interview with GQ that he was ‘playing the gay boogeyman.’

Nice to look at, hurts to watch 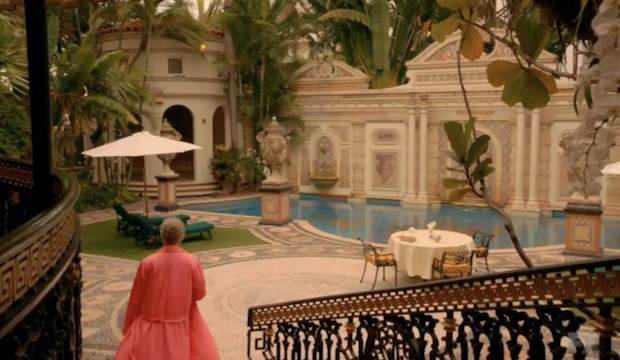 From the opening sequence when Versace walks through his mansion in a flowing pink robe, it’s clear that this is going to be an overabundance of aesthetics, even for a story about a fashion designer. The visual opulence of 90s Versace, Miami and the masterful performances make The Assassination of Gianni Versace must-watch TV this February.

True crime is a genre that typically relies on horrific acts of violence against women. In Assassination, closeted gay men are the victims. Even when the show is violent, elegance oozes from every angle. The men die like girls. They are strangled at their lover’s hands. Even after death, their bodies are glamorized and sensationalised. Assassination is steeped in toxic masculinity – from the fulfilment of the American Dream to Clinton’s Don’t Ask, Don’t Tell policy. 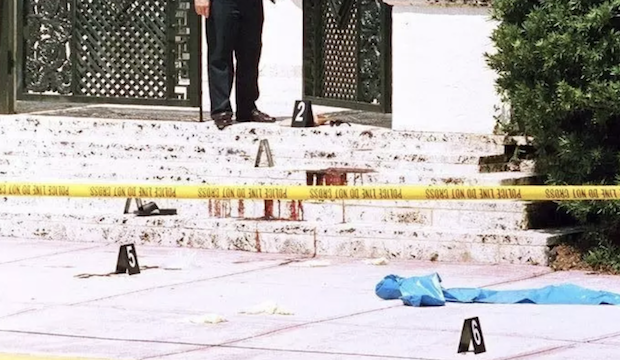 True crime dramas have been riding a wave of popularity for some time. The true crime craving kicked off in 2015 with cult classics like The Jinx and Making a Murderer. From podcast favourite Serial to teen heartthrob Zac Efron’s edgy new role as murderer Ted Bundy, we're having a true crime renaissance.

The show itself is, ultimately, a dramatic fill-in-the blank of a crime that remains shrouded in mystery. Painfully picturesque, with Assassination our obsession with true crime is exalted to sinister heights. Why do we sensationalise these serial killers? Why have old scandals like I, Tonya and the upcoming Tarantino film about the Manson murders continued to capture our imaginations? In a show where society is on trial, the audience should – and does – feel uncomfortable watching.

Assassination was denounced by Donatella herself as ‘a work of fiction’; which is unsurprising given it’s a TV show based on a book loosely based on the true story. Fashion shows, platinum Penelope Cruz, and Wes Anderson-esque motel rooms – even Ricky Martin is livin’ la vida loca as Gianni Versace’s partner of 15 years. It’s not what you’d imagine when you picture the death of Versace – it’s better.