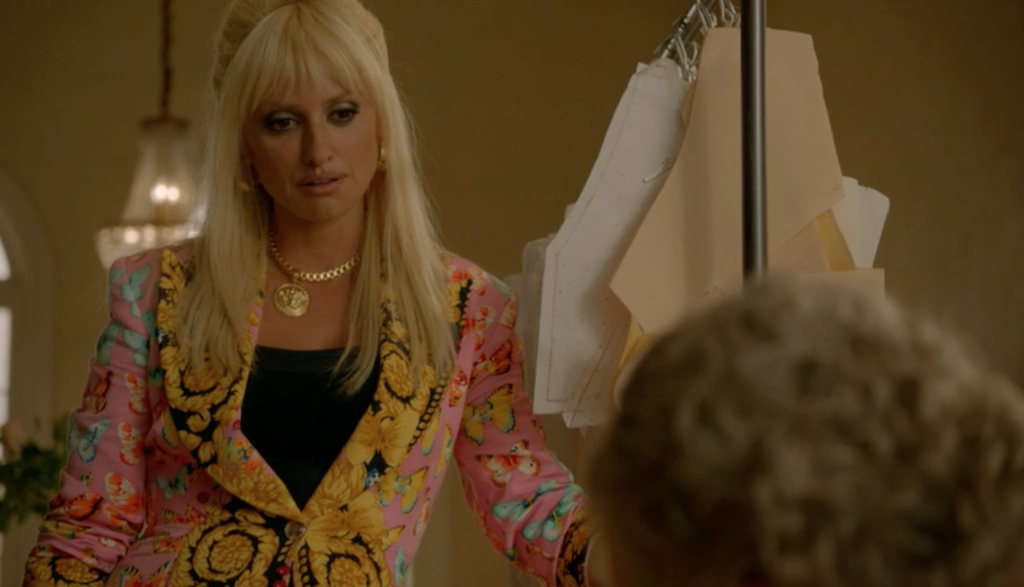 The butterfly is a key motif of Gianni's Versace reign, and the pink, butterfly-covered, waist-pinching jacket that Cruz wears in the Versace studio scene is unapologetically loud. Add in the huge Medusa head necklace and the heavy black eye makeup and we’re left with pure ostentatious drama, especially when offset with the clean, white shirt Gianni wears in the scene.

We’re doubtful that Penelope Cruz will be taking this look off-camera (even though Margot Robbie recently did).