Cleaning Up, the upcoming comedy-drama from ITV, looks like a fun but emotional journey into insider trading. We attended a Q&A for the show with Sheridan Smith and others 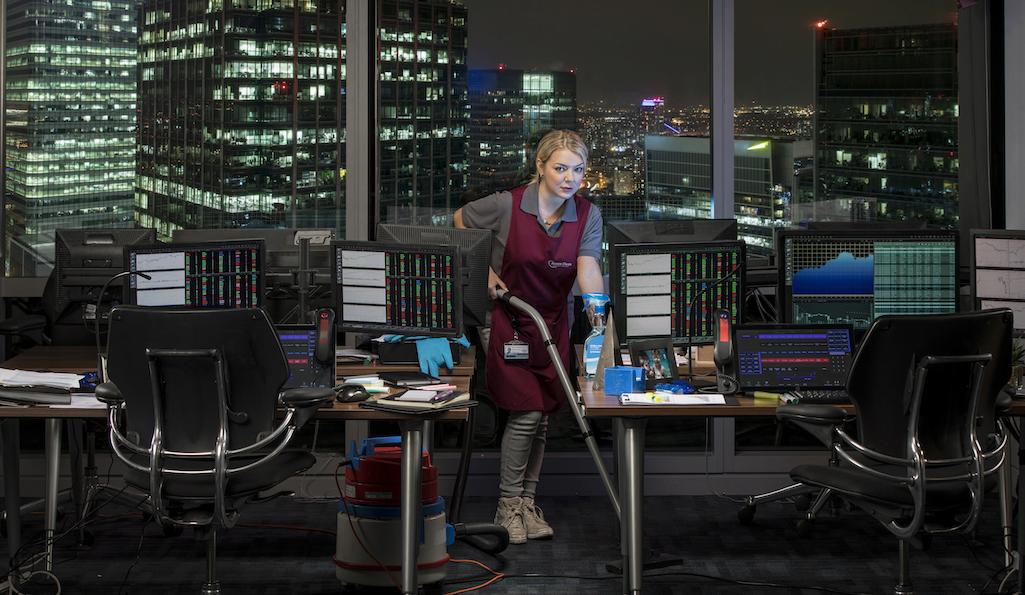 Sheridan Smith in Cleaning Up, ITV
It’s a tempting, top-level idea for the wealthy: insider trading. But what if this patently illegal activity is used to benefit those in more desperate situations? Is it more acceptable, or is it always wrong?

Such questions are asked by the upcoming ITV comedy-drama Cleaning Up, airing in January next year. Sam (Sheridan Smith) is a mother, online gambling addict, and cleaner on the top floors of Canary Wharf. And she has a risky but excellent idea: to get rich from the knowledge she overhears from bankers on her night shift.

Mark, how did you come up with the idea?

Mark Marlow: I was lying on the sofa one day watching Wall Street with my wife, and there was a scene where Charlie Sheen has been given the task of finding some inside information by Gordon Gecko. In the scene, he breaks into an office – and I just happened to notice that in the background there were some cleaners. I remember I paused the film, and I turned to my wife and loosely pitched her what you’ve just watched.

Sheridan, you’re known for playing real people – was it less daunting, more exciting to shape what Sam was?

Sheridan Smith: It was a bit more daunting, in a weird way. When you’re playing a ‘real’ character, a ‘real’ person, you got so much research to delve into. We had quite a lot of meetings about it, and as soon as I got sent the script, it kind of just jumps off the page.

This is Mark’s first ever show. You get it commissioned, you get it on ITV, then you get the call saying that we’ve got Sheridan Smith. What was that moment like?

Marlow: It was incredible. Every step of the way was slightly surreal. I had a meeting with ITV and it was in the greenlight meeting where they said ‘we’d really like Sheridan for it’. And I thought, wow, that’d be amazing because she’d be absolutely perfect for it.

Smith: I bet you didn’t say that, I bet you thought ‘is anybody else available?!’ (laughs)

Marlow: Then I was slightly daunted because she’s such an amazing actress, I’ve now got to deliver the rest of the script for her – knowing I have to live up to the standards that [she’s] done before. So, it was also scary at the same time. 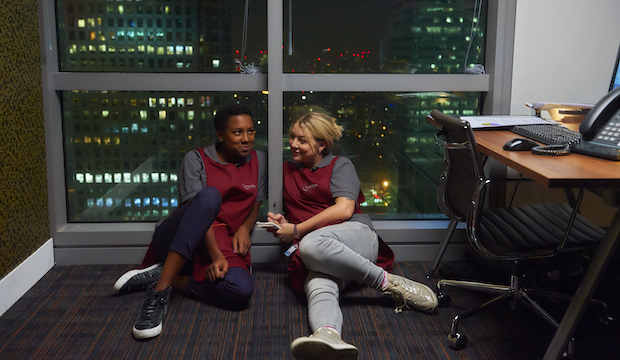 For the first episode, it was a real depiction of the London we all work and live in. Was that very important to you?

Marlow: It was, because I thought the premise of the show is quite heightened and has a hyper-real quality to it. And there are issues that are being addressed in the show: addiction, class divide, pay gap. So we need to show that on screen, it needs to feel real.

Jane Featherstone: I love the scenes at the beginning where Sam is leaving and all the people in the suits are coming into the city. And [Sam’s] been working there all night. That division, we never really look or see that workforce and it’s all over the city.

Jade Anouka: [The suits] are seeing these cleaners potentially every day, but they wouldn’t recognise them if they saw them again. They leave work and come in the next morning, and it’s like some magical fairies have come and cleaned up. No one really thinks about how everything’s so clean and tidy.

Do you think the audience is wanting [the characters] to win big when [they] get involved in insider trading? 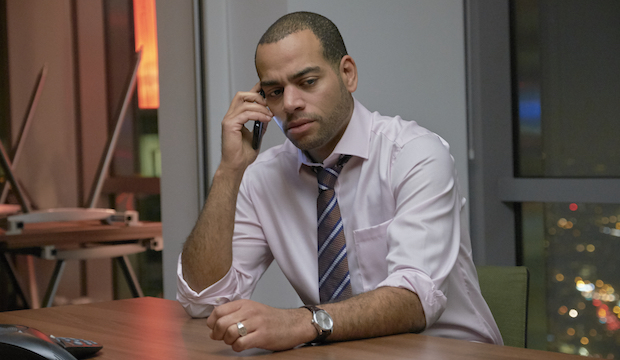 We know that gambling’s a big issue. Has it changed the way that any of you have thought about gambling?

Marlow: The way traders operate in the markets, they are essentially gambling with other people’s money every day. When I realised that theme was there, I realised that’s what Sam’s problem should be. I needed to look into it, the causes behind gambling.

Smith: We did quite a lot of research. I got to know a lot about it. Once we started filming, I started noticing how many adverts [for gambling] are actually on all the time.

Matthew McNaulty: There was an interesting moment, when Sam’s dropping the girls off to school after she’s gambling – the sound of the games the girls are playing in the back. That’s another form of addiction, starting early with kids. It definitely resonates. 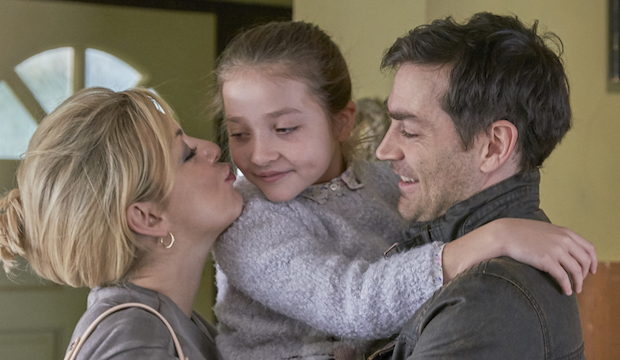 Sheridan, how are you with money?

Are you any good at cleaning up?

Smith: That’s why I’ve got stains…

Smith: We did a whole course on it. We had get a different cloth for a different surface.

Anouka: We don’t remember which though…