The teenage Cosette (Ellie Bamber) is desperate to see the world for herself, but her guardian Jean Valjean (Dominic West) doesn't want her exposed to its pain

Ten years have passed since Jean Valjean (Dominic West) escaped the clutches of Javert (David Oyelowo) and sought asylum in a nunnery with the child Cosette. Now, the teenage Cosette (Ellie Bamber) wants to see the outside world but Valjean is heavily opposed. He finally gives in and uses it as an opportunity to warn her against the real world and everything in it. 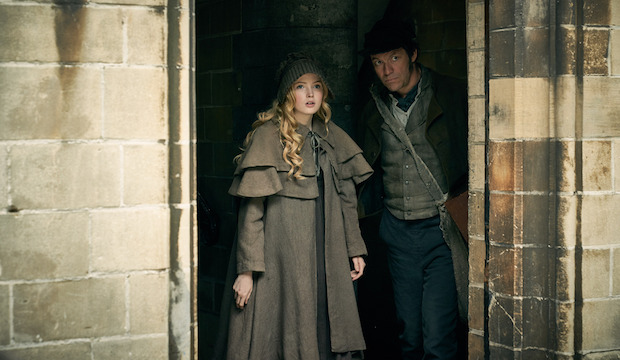 Cosette’s entrance into the world is a harsh one. As soon as she leaves the nunnery, she’s bombarded right away with beggars, prostitutes, and a corpse laying on the ground. Her journey continues like this, showing Paris before the 1832 June Rebellion against the reigning monarchy, and she’s appalled by the violence and poverty around her.

Although we’ve been exposed to these realities in previous episodes, Fantine’s story being the most tragic, this is the most harrowing depiction of Paris during this tumultuous time. We’re almost seeing the world through Cosette’s curious but sheltered perspective. 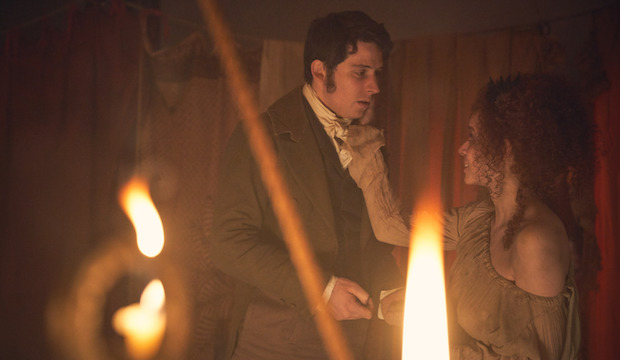 For fans of the musical, this is the episode when Marius (Josh O’Connor) and Cosette finally meet. The older Marius has left his grandfather and settles in with some young anti-monarchists. He’s a much less romantic vision than in the musical, writer Andrew Davies clearly more interested in his sexually repressed mind.

He stares through a hole in the wall of his new lodgings and sees a seductive Eponine (Erin Kellyman) flashing her leg in his direction. Both are very sexual creatures, but he’s a great deal more resistant. The casting of Josh O’Connor is hardly surprising, considering his sexual energy in Francis Lee’s excellent Yorkshire-based drama God’s Own Country – he fits into this version of Marius quite comfortably. 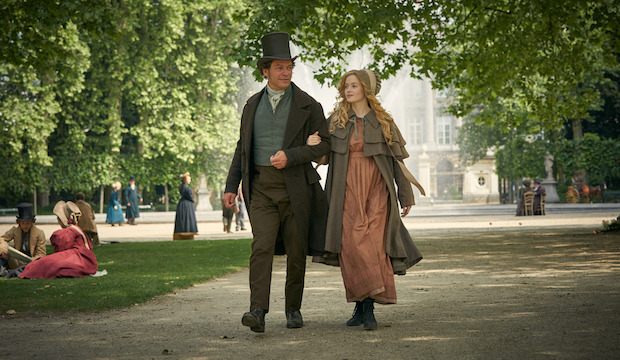 Jean Valjean and Cosette in the Luxembourg Gardens

Episode 4 of Les Miserables is the best episode yet, delving not only into the violent streets of 19th century Paris but also the dark psychologies of the different characters. Except for Cosette, most of the characters are suspicious here, hiding something dark inside – nobody is intrinsically good, which provides a very human touch to the story. We have to wait till next week to know if they’ll see the light, or let the dark take them.