In episode 3 of True Detective, the Purcell case is reopened in 1990 – causing Detective Roland (Stephen Dorff) to seek out Wayne (Mahershala Ali)

In episode three, Wayne (Mahershala Ali) finds more clues in each of his timelines – bringing him some steps closer to solving the Purcell case. The primary focus is on 1990, as tensions rise over Amelia’s (Carmen Ejogo) book about the case as well as Wayne’s former partner Roland (Stephen Dorff) coming on the scene after ten years. 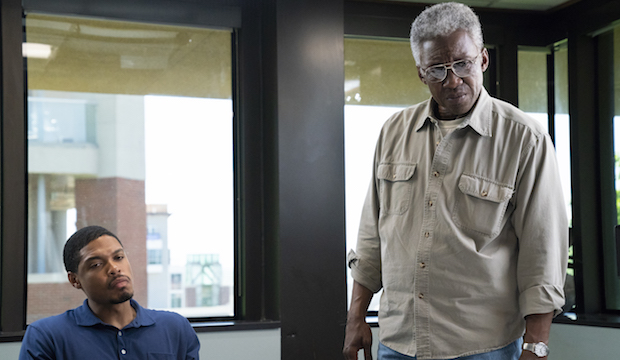 Even 35 years later, there's still a glimmer of hope for the case to be solved

Each past clue has a weight of hope and hopelessness. When Wayne finds something in 1980, we know it’ll lead to nothing to solve the case. When Amelia finds new evidence connected to Julie Purcell in 1990, we know that doesn’t lead anywhere productive either. But despite this, when new evidence is brought to light by the documentary filmmakers in 2015, there’s still that glimmer of hope for the case to be solved.

Writer/creator Nic Pizzolatto intelligently captures that 35-year obsession, with all its disappointments and tiny fragments of hope, lodged in Wayne’s messy mind.

As Amelia reopens the case, she subsequently reopens Wayne’s anxious memories – made worse by his new responsibilities as a father. He loses one of his kids at an oversized Wal-Mart (‘stores ain’t supposed to be this big…’) and it’s like the memories of what happened to the Purcell children come back to haunt him. This damages his relationship with Amelia, who’s intent on solving the case no matter the cost. Did they patch up their differences, or did it create a schism in their marriage? 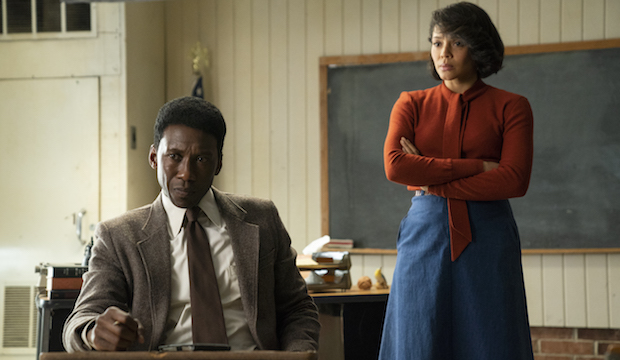 More than Wayne’s story, Pizzolatto also dips into Roland. Shifting the narrative towards him is jarring and somewhat risky considering the essentially first-person nature of the story being told, but he’s a necessary character to explore. Up till this point, Roland felt like a solemn robot with the occasional character tick to keep us interested while the camera focuses on Wayne.

But ten years after the initial investigation, we see a different side to him – he’s much kinder, more charitable, and worlds away from the man who’d shoot a fox in a junkyard just to pass the time. 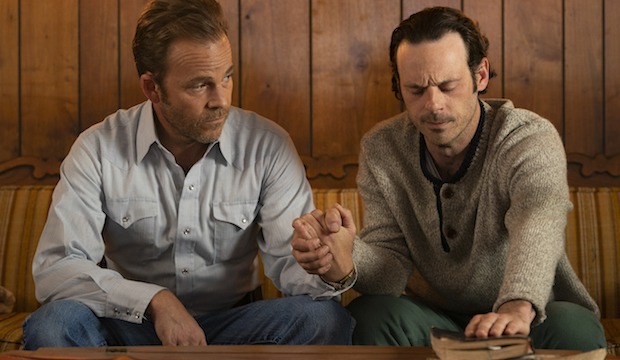 Ten years after the first investigation, we see a different side to Detective Roland (Stephen Dorff)

Pizzolatto takes an exceedingly slow route, clues dripping in like treacle from a rooftop. It doesn’t yet possess the environmental pull that similar character detective dramas like Sharp Objects had, but it’s still absorbing.

Despite the harsh glimpse of the townspeople, West Finger needs more character work. We need to know who these people are and who they could be protecting, instead of relying solely on Wayne’s brain. Powerful people have become suspects in Wayne’s elderly retrospect – maybe there’s a reason why the mayor in episode two wanted to make the search more public?

The pace of this season may be slow so far, but exciting questions keep flying through.