In Velvet Buzzsaw, Netflix's satire of the art world, art critic Morf (Jake Gyllenhaal) approves the works of a dead artist. But these paintings are more violent than they appear

Unlike the Palme d'Or-winning The Square, a superior gallery-based satire, Gilroy attempts to insert some horror genre elements to the surrealism of the Los Angeles art scene – which is fun, but rarely pays off.

Josephina (Zawe Ashton), an associate at the Hayes Gallery, discovers a dead man’s apartment filled with dark and twisted paintings. She shows them to the snobby but powerful art critic Morf (Jake Gyllenhaal) and they become the biggest attraction at the gallery – but that new attention comes at a violent price. 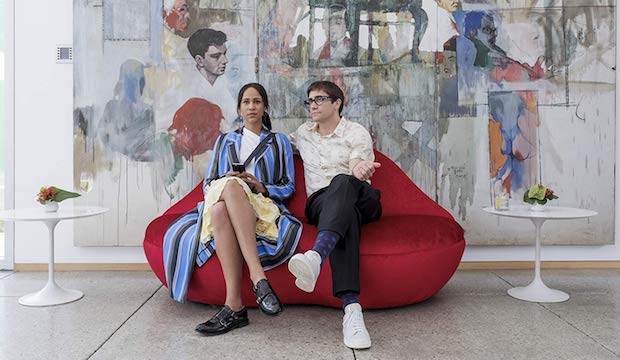 Horror is a key part of the Gilroy’s attempted satire. Dease, the dead artist, wanted his paintings burned as soon as he died – not wishing for his work to be capitalised. As they’re put up in the gallery, his paintings start to feed on those only interested in the money and not the art itself. This comes with a morbid comedy as these pretentious darlings get their comeuppance with inventive, though not overly elaborate, death scenes.

Gilroy succeeds in his ensemble of hilarious and electrifying characters – it’s a pleasure to simply watch these ridiculous personalities unfold. Gyllenhaal is intensely watchable as Morf: camp, arrogant, and gliding through rooms as if bright lights illuminate his every step. But although he’s the main exhibit, the film really belongs to the women. Zawe Ashton, Toni Collette, and Rene Russo seem to shake the camera with their characters, competing against each other with hilarious fury.

Russo is especially engaging as the gallery owner Rhodora, who – as a former punk artist known as ‘Velvet Buzzsaw’ – spits a lot of relatable criticisms against modern art (‘I’m sick of white spaces … it’s just laziness!’). 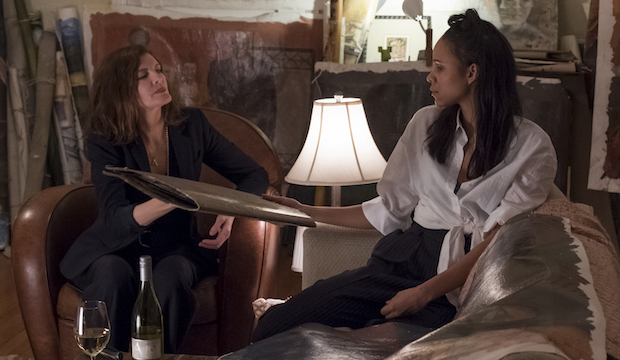 Although Gyllenhaal is the main exhibit, the film belongs to the women (Rene Russo, left; Zawe Ashton, right)

But Gilroy overdoes his painting with too many characters, which include underwhelming appearances from John Malkovich, Billy Magnussen, and Stranger Things’ Natalia Dyer. There's plenty to focus on, but none of them reach a decent conclusion – their journeys are like vibrant colours fading to a white space. Gilroy's talents lie in intrigue, which he does very well, but he can’t carry it through.

Velvet Buzzsaw is an enjoyably surreal and bloody satire with plenty to think about: art and capitalism, the effect and affect of art, as well as the deep guilt burrowing under every critic. But the film ultimately falls short of its intentions – a work that lessens the more we think about it.