In Wild Rose, Jessie Buckley plays Rose-Lynn, a young Glaswegian woman pursuing her dream of becoming a US country singer

‘I should’ve been born in America,’ says Rose-Lynn, a Glaswegian with a criminal record who wants to make it in country music. Her dream is to go to Nashville, Tennessee and earn her fortune. She’s done time for drug possession, smiling and shouting as she leaves the Scottish jail, before then having casual sex with a friend in a graffiti-smeared park.

But that ecstasy dissolves once we realise Rose-Lynn is also a mother of two kids, born before she was 18, looked after by her mother, Marion, sternly played by Julie Walters.

Much of Wild Rose follows Rose-Lynn as she ignores reality and pursues a fantasy. Country music offers an escape from her problems. And what’s further from a small, dingy apartment in Scotland than the promise of a glistening microphone on a Nashville stage? 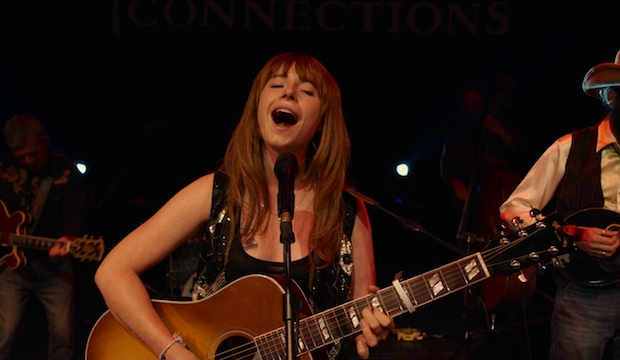 Rose-Lynn (Jessie Buckley) is still a child, clinging to the dream of a better life

For Rose-Lynn, any stage will do for now – anything to avoid her responsibilities as a parent. Screenwriter Nicole Taylor builds her character beautifully: Rose-Lynn is still a child, clinging to the dream of a better life, but who still has to care for her own children. It’s no wonder that she doesn’t sing in front of them – she doesn't even invite them to her performances.

The film skirts around being a musical, as original country songs are performed in their entirety – a reminder of similar stories combining music with character, like the Coen Brothers' Inside Llewyn Davis. But where Llewyn Davis uses folk music to wallow in the character’s existential reality, Wild Rose uses country to escape it.

But when she gets a job cleaning for a posh family, the wealthy older woman and mother of two, Susannah, encourages Rose-Lynn to pursue her dream. It suddenly becomes a possibility. But the eternal heart-stopping question has to rise at some point: what about the kids?

Taylor continues to swing back and forth between Rose-Lynn's dreams and parental responsibilities, and the volley never seems to stop. It burdens the final act, stretching the runtime and reducing some of the emotions built up to that point. The film is also weighed down further by a few disappointing clichés and easy-ending resolutions, which weaken the turmoil she’s suffered so far. Nevertheless, it’s a thrill to watch Rose-Lynn do well.

This hope for Rose-Lynn’s success is due largely to a rockin' performance from Jessie Buckley. She’s fairly new to the film world, last seen as the psychologically silent Moll in last year’s Beast. But Rose-Lynn is Moll’s opposite in almost every way, which shows Buckley’s excellent emotional range.

Rose-Lynn is everybody’s mate, performing with an infectiously punky and immensely joyful attitude that crosses into her musical abilities as well. This becomes all the more heartbreaking when she has to face the dreary bells of the real world, avoided at every opportunity with her big white headphones.

Wild Rose has a few strings that aren’t quite in tune, but it’s still a gritty and emotional tale of dreams, music and family. 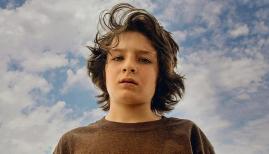 Who is Sunny Suljic? Mid90s, BAFTA and skateboarding facts