The Woman in White review, BBC One

Watch for the horror, stay for the romance: The Woman in White on BBC One has a lot of promise

2 CW readers are interested
The Woman in White review, BBC One The Woman in White review, BBC One Helena Kealey
‘Last night, I dreamt about you Mr Hartright,’ lisps the wide-eyed Anne Catherick, dressed in one of her many exceptionally stupid white outfits (they’re just nightgowns, please get dressed you idiot), with her head hung low and her white-blonde bush of unkept hair falling before her face. Every banal Victorian man’s dream apparently.

‘You were walking along the beach and your hat flew off, and we were laughing. And then we were in the water up to our waist. I looked around for the beach for Marian and not there. You only had one Eve…’

TRY CULTURE WHISPER
Receive free tickets & insider tips to unlock the best of London — direct to your inbox
The Woman in White, Wilkie Collin’s Victorian mystery novel, is supposed to be frightening. There are meant to be ghosts and dwarfs and women who – horror of horrors – have a ‘masculine mouth and jaw’, that leave its readers shaking in their bloomers and needing to be revived by smelling salts.

It’s not a ringing indictment of the BBC One adaptation, then, that the only thing it’s possible to care about, come the end of episode one, is whether (and also why) our earnest young artist Walter Hartright (the cherub-cheeked Ben Hardy) will fall for the rich and ‘angelic’ Anne Catherick over the poorer and infinitely more interesting Marian.

Told through a series of flash-forwards and flash-backs, an attractive young artist, Walter Hartright gets a job in the village of Limmeridge in Cumbria restoring works of art and teaching two charming pupils, Laura Fairlie (Olivia Vinall) and Marian Halcombe (Jessie Buckley).

Before leaving for his new position, Walter encounters a shivering young woman dressed all in white on Hampstead Heath who, it transpires, has just escaped from a lunatic asylum. Walter becomes obsessed with who she is, and how she came to be, and then arrives in Limmeridge – and what a coincidence – discovers that both girls knew the ghostly woman as Anne Catherick, a handicapped child who grew up in the village and is also spitting image of Laura.


There are an awful lot of screeching violins and gothic scenes in graveyards and candle-light undergrowth that tell us we should be feeling frightened, but actually leave us cold. Perhaps hard to be scared of the prospect of ghosts – or little boys in roads crying about ghosts – in the age of Google maps.

Apparently the BBC didn’t altogether forget that it as trying to attract a modern day audience. Much has been written about the #metoo update that the series has apparently been given – although other than seeing Marian’s veiled face silhouetted as she cries ‘how is it men crush women time and time again and go unpunished’, we haven’t seen much #timesup energy just yet. No doubt the ‘horror’ and the love and the feminist uprising will all come together in episode two, as the mystery about Laura’s fiancée – the sinister looking Sir Percival Glyde – begins to play out.

The series is saved by Jessie Buckley’s winsome Marian Holcombe – whose only flaw is walking in an exaggeratedly large gait (is it because Marian is meant to be ugly, and that’s what she thinks ugly women do?). Buckley is an actress to watch, take our word for it. Since starring in War and Peace her star has risen, not lest with the brilliant indy film Beast with aired last week. The other star of The Woman in White is Charles Dance’s faux-invalided, languishing Frederick Fairlie, whose hypocrisies and revolting idiosyncrasies are very funny.

Sometimes boring, occasionally funny, a tiny bit sexy but mostly rather stupid: episode one of The Woman in White holds a lot of promise – but hasn’t given us quite enough of the good stuff just yet. Still, we have high hopes for the rest of the series. 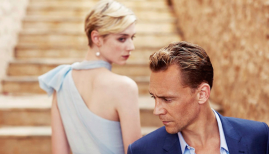 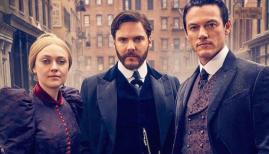 Sunday night sorted: The Woman in White on BBC One