In Chernobyl, Valery Legasov (Jared Harris) traces the politics behind one of the deadliest nuclear disasters in history. Jessie Buckley stars

It’d be easy to turn the subject of Chernobyl into a bloodless disaster movie, but writer Craig Mazin creates something altogether more fascinating – exploring its political fallout as much as the radioactive horrors on the ground. 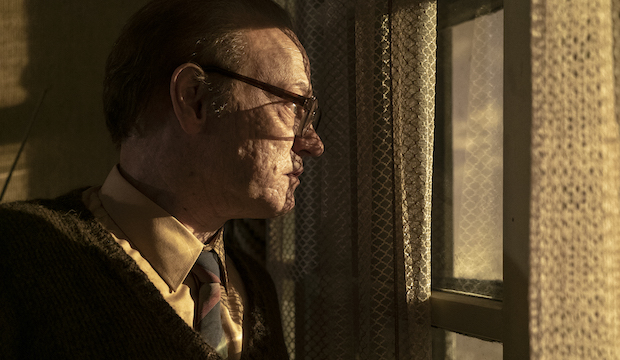 'What is the cost of lies?': Legasov (Jared Harris) tells the tale of Chernobyl

The first episode starts with Legasov, living in a grey and squalid apartment, watched by a dark car. It’s two years after Chernobyl, and he’s told his story on tape. The chill of the cold war is bitterly felt, a kind of bleak mundanity pervades. Legasov was a key advisor during the meltdown, under the authoritarian tutelage of the Soviet Union, making sure a strong political narrative is maintained.

But the politics and the meltdown are not separate entities – they’re gelled into one. Episode one focuses on the destruction after Chernobyl's core explodes. A vast fire ignites and can be seen from the nearby town of Pripyat, where citizens have no idea what's coming. To them, the fire is like a spectacle.

But in the half-destroyed power station, chief engineer Anatoly Dyatlov (Paul Ritter) still insists that ‘our cores don’t explode’, no matter how much he’s told otherwise. Such is the Soviet Union’s grasp on Chernobyl and the whole state of Ukraine. They can’t afford to look weak. 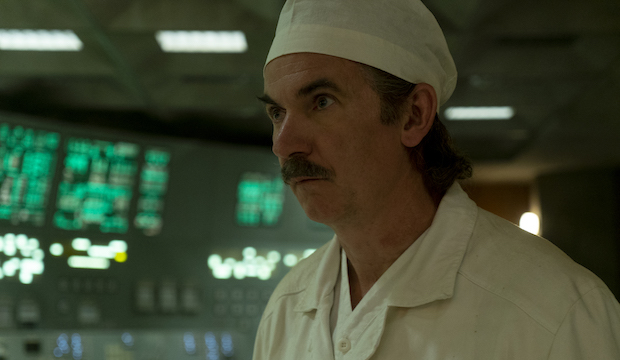 That political pressure forms much of Chernobyl’s fear factor. Not only could people bleed and melt from the radiation, but help is suppressed because of the government’s need to keep face. The politics is almost as terrifying as the disaster, closing every way out like a horror film.

It's sometimes uncomfortable to watch – the dark visuals are smeared with sickly colours, and toilets are always close by. It’s like director Johan Renck wants to induce illness, spreading a disease in every scene, before ending on a final shot of approaching terror. 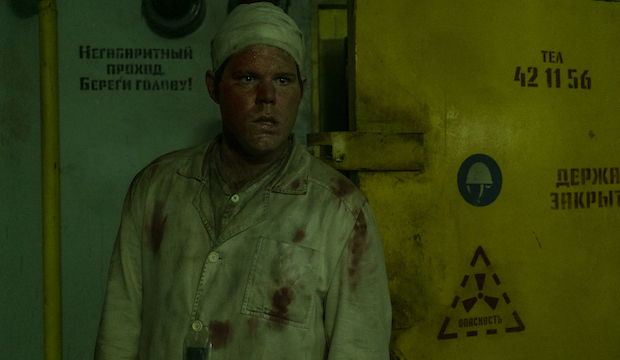 The dark visuals are smeared with sickly colours

Mazin creates such vivid and engrossing characters – especially when drifting to Pripyat, where Jessie Buckley (Wild Rose) rocks up in another vivid performance as Lyudmilla. The meltdown, as we know, doesn’t only damage the people nearest the core – everything within a 1000-mile radius will be torn apart. Innocents are at risk, and they will either die from radiation poisoning or be seriously affected for their entire lives.

Each performance is immersive and real, more so than most disaster movies, and there's even more to come when Emily Watson and Stellan Skarsgård eventually appear. But Jared Harris is hard to beat, walking a difficult line between guilt and anger, human empathy and authoritarian control – his character an ideal, if unreliable, narrator in this truth-twisting minefield.

Chernobyl is a brilliantly nauseating examination into one of the eeriest places on earth. Despite Mazin’s despondent history of writing tacky studio comedies (The Hangover Part III), he’s more than proven his potential here. And the series can only get darker.

Chernobyl airs on Sky Atlantic at 9pm on Tuesday 7th May