This is why the tension reaches a whole new level when, in episode 5, Ted Hastings (Adrian Dunbar) offers to go undercover himself and investigate the OCG. But does this fuel the fire of suspicion that he’s the infamous ‘H’? Uncertainties line every face in every scene, with character loyalties constantly in doubt.

An important trait of Line of Duty is its resistance to style, choosing a bland and blunt approach that’s mostly driven by plot. There's a realism to it, a thrilling mundanity in how the story’s told. It also obscures the truth, as it's even more difficult to tell if a character's lying or not. 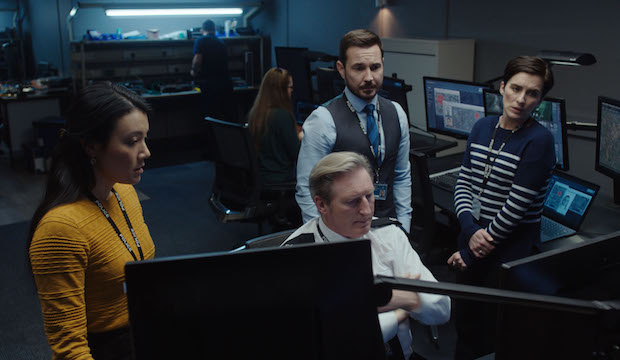 There's a thrilling mundanity in how the story's told

In fact, the few character-driven moments in the series – recurring at similar times in each episode – feel awkward. Episode 5 is the worst offender, as the fling between Steve (Martin Compston) and Sam (Aiysha Hart) flies and burns. The connection between Ted and Gill (Polly Walker) also feels irritating. Both offer nothing more than unconvincing filler, like breaths between the action.

But the indisputable highlight of the episode is the fierce introduction of DCS Patricia Carmichael. She leads the series' first proper interrogation scene, one of the tensest that Jed Mercurio has ever written.

Anna Maxwell Martin, playing Carmichael, crafts a fascinating air of superiority with expressions both subtle and violent. She’s utterly ruthless in her approach, every smile like a stab of victory. We can’t wait to see more of her in the feature-length finale. 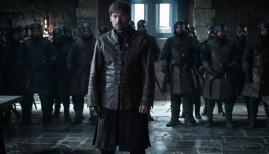 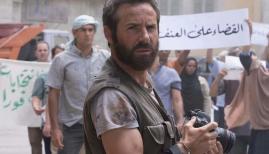