From Glenn Close's Oscar-nominated performance in The Wife to Leonardo DiCaprio's version of Jay Gatsby, impeccable performances are storming Netflix in May 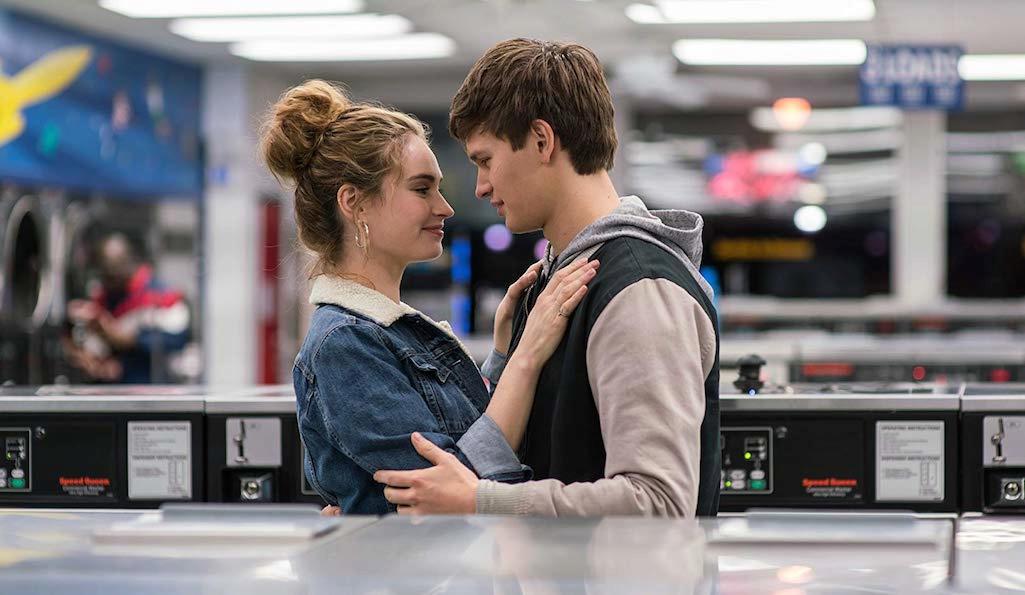 A curiously ominous thriller starring Renée Zellweger, What/If is a new anthology series that explores the lengths people go to achieve their dreams.

Zellweger plays a scary temptress who can provide these dreams, but at a dodgy price. This first season focuses on a newlywed couple struggling with their finances, until the temptress comes along and offers a solution. But they have to perform unspeakable acts in order to have it.

When They See Us
UK Netflix release date: 31st May

In 1989, five teenagers were accused of raping a white jogger in Central Park and all suffered prison sentences. They were known as the Central Park Five, and caused ripples in New York. But as further facts became known, it was revealed that the Five were coerced into giving false confessions.

In When They See Us, filmmaker Ava DuVernay dramatises the individual stories of the Central Park Five – highlighting the police brutality and racial discrimination behind their sentencing.

The case was settled in 2014, but feels more relevant now because of who’s sitting in the Oval Office. In 1989, Donald Trump bought full-page newspaper adverts calling for the return of the death penalty in New York to kill these teenagers, fuelling widespread hatred against the Five. No doubt DuVernay will address this.

Knock Down the House
UK Netflix release date: 1st May

The election of Donald Trump threw the American political system off balance, and heavy efforts have been dedicated to improve it. This includes and isn’t limited to Alexandrio Ocasio-Cortez (AOC), who campaigned during the mid-term elections for New York’s 14 congressional district and won the seat over regular winner Joe Crawley. It became one of the most shocking congressional wins in history.

Knock Down the House, a new documentary from Rachel Leers, tracks AOC’s campaign as well as those of three other women who want to change things for the better.

Olivia Colman deserved the Oscar for The Favourite, but people were still surprised that Glenn Close didn't take home the gold for her staggering performance in The Wife.

A literary tale relevant for our more enlightened times, the film follows Joan (Close), the wife of a famous author (Jonathan Pryce) who's just won the Nobel Prize for Literature. But as Joan remembers their history together, she realises that she was the real writer – helping her untalented husband all those years. She has to sit and watch as he collects the award, which really belongs to her.

Dead to Me
UK Netflix release date: 3rd May

Netflix are great at giving us dark comedy shows – just think of Russian Doll or BoJack Horseman. Now, a new one’s coming with Christina Applegate and Linda Cardellini, about a friendship created out of grief. But is that the wisest way to make friends?

Jen (Applegate) is widowed after her husband dies in a violent car accident. During a mourners’ meeting, she’s greeted by Judy (Cardellini) who’s her complete opposite. Jen’s uptight, Judy’s more free-spirited. Nevertheless, they become immediate friends. But Judy has a deep, dark secret…

Lord of the Flies meets Jimmy Neutron: Boy Genius. A group of New England teenagers wake up to find their town is empty of adults. For many, this is a dream come true. And chaos ensues. The town is actually a copy of the one they lived in, and some try to find a way back to the real one.

Mixing horror with science-fiction, this looks like a terrifying, mind-bending story. A town populated only with teenagers is enough to give anyone nightmares.

After Allison Williams’s vivid and terrifying performance in Jordan Peele’s Get Out, we can't wait to see her return to horror. The Perfection seems to take a more psychological route through surreal and bloody madness.

Music prodigy Charlotte (Williams) seeks out a new star pupil from her former school, which takes a sinister turn for the worst.

Based on the harrowing autobiography by Eric Lomax, The Railway Man traces a veteran’s lifelong trauma after being imprisoned by the Japanese military during WWII.

He, with other POWs, are tasked with working on the Thai-Burma railway system and endures horrific torture in the process. 30 years later, Eric (Colin Firth) finds out that his torturer is still alive and operating as a tour guide. Eric tracks him down, but will he find peace?

The series remake of Spike Lee’s 1986 film She’s Gotta Have It continues this May. Nola (DeWanda Wise) finds some decent success as an artist, but has to decide whether to stick with her creative ideals or submit to the corporate machine.

Lee’s also directing every episode of this season, which will likely gain more attention following his Oscar-winning success with BlacKkKlansman.

From one of the chief producers of BoJack Horseman, Lisa Hanawalt brings another edgy, hilarious cartoon with humanised animals. This time, though, it’s just with birds.

Tuca (Tiffany Haddish) is an extroverted toucan with a wild personality and Bertie (Ali Wong) is a nervous songbird working for ‘Conde Nest’. They're both best friends and live in the same apartment building.

This is one of the first adult animated series from a female creator focusing on female characters. In an interview with EntertainmentWeekly, Hanawalt said ‘there are animated shows for adults, but they’re created by men and largely written by men and so they don’t have the themes that I want. They’re not speaking to me.’

It can be a struggle to keep up with mates. Often work or family or sanity prevent the urge to see them again. But what’s the point at which you stop being friends? Is there a threshold?

In a new comedy film from Amy Poehler (Parks and Recreation), Wine Country follows five friends celebrating their friend’s 50th birthday in Napa County. But after some old tensions bubble back to the surface, they need to ask themselves: are they still friends?

Baz Luhrmann’s take on the famous novel by F. Scott Fitzgerald has its critics, but it’s still a thrillingly charged adaptation.

Leonardo DiCaprio (who else?) plays Jay Gatsby, a mysterious millionaire who throws massive parties for all to enjoy. But he’s heartsick, reaching out for his lost love Daisy (Carey Mulligan) who’s married to a cruel man (Joel Edgerton).

Boasting an excellent cast with Chris Evans, Tilda Swinton, and Jamie Bell, Snowpiercer is a coldly entertaining thriller set during an ice-age future.

Humanity has been thwarted by climate change, and the only survivors are passengers on the Snowpiercer train that travels the world. It’s split into rich and poor: rich at the front, poor at the back. Eventually, the poor rise up from their sordid existence and fight back against the rich – progressing all the way to the front.

Edgar Wright has come a long way, starting from fast and funny British films to high-budget Hollywood blockbusters. Baby Driver is one of his crowning achievements, even with the regrettable presence of Kevin Spacey.

Baby (Ansel Elgort) is a getaway driver for bank robbers, suffering a form of tinnitus that requires him to be constantly listening to music via headphones. A modern and stylistic take on the heist movie, Wright syncs up his beautifully choreographed action sequences with classic songs to keep the beat. Action doesn’t get any more exciting.

Shaun of the Dead
UK Netflix release date: 16th May

Another Edgar Wright genre-bender is coming to Netflix, and it’s his all-time best.

Shaun of the Dead marked his (proper) debut into filmmaking, taking the elements of a mainstream zombie invasion and moving it to a suburb in North London. A group of mates find each other among the destruction and there’s only one place that’s safe: the pub.

The premise sounds cheap and terrible, but rest assured –it’s one of the best Britcoms ever made.

Fans of Riverdale rejoice! K. J. Apa is coming back to Netflix for another teen romance, though this time it’s a lot less dark.

For a group of friends, it’s the summer before college and after high school. This will be their last chance to figure out who they want to be, struggling through love and loss and teenage hormones.