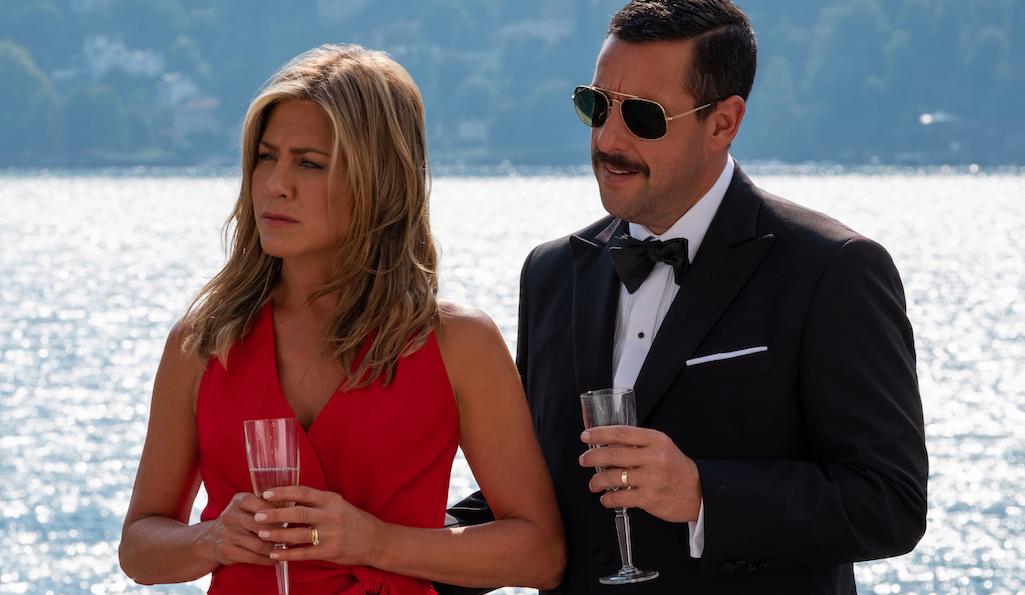 Beware the phones, televisions, and computers - Black Mirror is back! Following the multi-levelled Bandersnatch, Charlie Brooker's terrifying Netflix series returns with three new tales examining the twisted side of technology.

Humans are extinct, mostly, and Earth has entered a dystopian future. But tucked away from the outside world, a breeding robot named ‘Mother’ (Rose Byrne) raises the first post-extinction human (Clara Rugaard). Mother is designed to repopulate the Earth in its current state.

But when a survivor (Hilary Swank) arrives from the outside world, she has information that threatens Mother’s purpose.

I Am Mother premiered at Sundance, and was swiftly snatched by Netflix. The Mother robot was designed by WETA Digital, the effects company behind Game of Thrones season 8 and Avengers: Endgame.

The closer we step to robot dependence, the scarier The Terminator becomes.

James Cameron’s classic 80s sci-fi, starring the endlessly imitable Arnold Schwartznegger, sees a post-apocalyptic world blasted by genocidal cyborgs. A soldier from a war-torn 2029 travels back in time to 1984 to protect Sarah Connor, who's been targeted by a time-hopping Terminator. Her as-yet-unborn son will lead the battle against the machines, and the machines try to stop his birth.

With some excellent 18-rated thrills and Arnie's immortal ‘I’ll Be Back’, this is a must-see for film buffs.

In Rolling Thunder Revue: The Bob Dylan Story, this new Netflix rock-doc reaches back to Dylan’s famous 1975 tour, in which he played only small venues with famous artists such as Patti Smith and Joni Mitchell. Also, along the road, Dylan collaborated with beat poet Allen Ginsberg and actor-screenwriter Sam Shepherd.

In 2017, Sofia Coppola (Lost in Translation) remade a Male Gaze-y Western with a more female perspective.

Set during the American Civil War, a wounded Union soldier (Colin Farrell) drops in on a girls’ school, where the teacher and students help him recover. This spirals into a claustrophobic, psychological tale of jealousy. Stars Nicole Kidman and Kirsten Dunst.

Adam Sandler movies, especially on Netflix, should be treated with suspicion – but Murder Mystery looks like a good laugh. Sandler stars alongside Jennifer Aniston in this kooky, modern, whodunit tale.

The romance is fizzling out of Nick (Sandler) and Audrey’s (Aniston) relationship, and they accept a tempting invitation to a European yacht party. But when the billionaire Quince (Terence Stamp) is suddenly murdered, every guest becomes a suspect… with Nick and Audrey at the top of the list.

Teachers are meant to be shining examples, the wielder of rules and ways to learn. Aren’t they? Not Miss Halsey (Cameron Diaz).

In this rude and irreverent studio comedy, Halsey is a foul-mouthed, pot-smoking, high-school teacher who doesn’t give a **** about children. She’s more concerned about her boob job.

Bosses can be mean, cruel, and mind-numbingly annoying. But are these good reasons for murder?

In Horrible Bosses, three best friends grow sick of their bosses at work and plot to kill them. A dark Hitchcockian premise, filled with ridiculous jokes.

Now, Greg has had some kids of his own and invites his in-laws Jack (Robert De Niro) and Dina (Blythe Danner) to Christmas Dinner. But this, inevitably, ends in familial disaster.

Revisit the cheese and romance and musicality of William McKinley High School in Glee. Focusing on the vastly unpopular glee club, a group of talented teenagers sing their hearts out while dealing with risky relationships, unwanted pregnancies, and dictatorial teachers.

Before Guy Ritchie played with magic lamps and flying carpets, he was an electric voice in British indie cinema. His second feature Snatch is essential viewing for fans of gangster movies, blending the pace of Martin Scorsese with the dark laughs of Quentin Tarantino.

With an eclectic cast – including Benicio del Toro, Brad Pitt, and Vinnie Jones – this is a furiously fun and violent comedy.

David Attenborough documentaries don’t only provide beautiful insights into the natural world, they adjust the way we see it.

Blue Planet II inspired many to reduce their use of plastic because of its damaging effect on the world’s oceans. This includes certain supermarkets using biodegradable bags instead of plastic ones. Crafting pretty pictures is one thing, but changing the world is something else.

Spider-Man: Far From Home is on its way, so why not prepare by watching Homecoming? The first Spider-Man movie in the Marvel Cinematic Universe is part action thriller, part teen movie.

The Burj Khalifa is the tallest building in the world, reaching over 2700 feet in height. So, perfect for Tom Cruise to run down.

Mission: Impossible has become known as the franchise with all the great stunts, the ones that make palms sweat and stomachs sick. Even though Cruise has done worse after Rogue Nation (hanging onto a plane) and Fallout (hanging onto a helicopter), the Burj Khalifa sequence in Ghost Protocol is an unforgettable gem.