Darling it's better down where it's wetter: Blue Planet II arrives with a new cast of creatures for us to fall in love with this October

David Attenborough is back on the BBC! Bring out the popcorn, fire up the HD screen and prepare to be amazed by crazy creatures great and small.

TRY CULTURE WHISPER
Receive free tickets & insider tips to unlock the best of London — direct to your inbox
Last year – having refused to retire – Attenborough gave us Planet Earth II. And, oh my, did we all lose our minds over those animals – remember those nasty snakes chasing frantic baby iguanas over rocks and desert? Our hearts were racing like loose change in a tumble dryer.

This time, Attenborough is taking us under the waves, 16 years since the first Blue Planet. It’s the most beautiful thing on TV – and will be until his next documentary comes out. Did you really need us to tell you that?

Bring on the glorious slow-motion shots, stirring music from Gladiator composer Hans Zimmer and the low growl of Attenborough’s voiceover, and suddenly the most disgusting critters are endlessly fascinating miracles of life. So real, so intelligent, so spiritually akin to yourself do these creatures become, that they now feel they could take you out on the town and seduce you over cocktails in Mayfair.

So the real question isn’t ‘is this documentary worth watching’, because obviously the answer is ‘yes, yes a thousand times yes', The real question is: who are the craziest and most exciting animals that we're going to fall in love with this year? Bring on the fish from episode one! 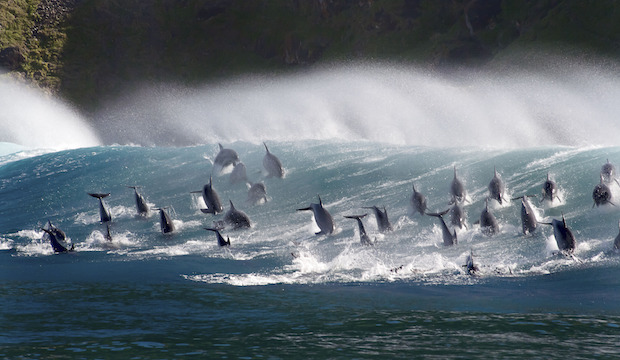 Look at them! Dancing about in the waves and surfing just for the joy of it. Teenagers from the 90s with dolphins tattooed on their ankles could already tell you that they're the nicest creatures in the sea (watch them be-friending whales this episode), but dolphins are also razor-sharp, having learnt to protect their health by rubbing against a particular coral which may have medicinal properties. Someone call Jeremy Hunt.

Alongside all that animal drama, Attenborough’s team always manage a scientific discovery or two. Meet a horrible looking fish that's smart enough to calculate the trajectory, altitude and airspeed of flying birds, and with the power to catch them mid-flight and eat them. These creatures were just a fisherman’s tale, and now you can see them swallowing beaks and feathers before your eyes. Next documentary Attenborough will be introducing us to mermaids. 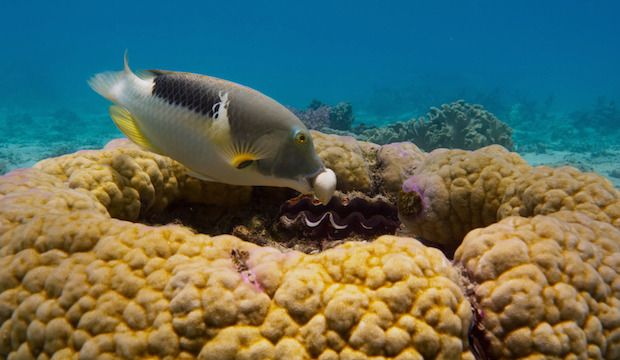 This guy is so smart, we fully expect him to be helping us out at the 'genius' counter at the Apple store in a couple of years time. This fella has little teeth – hence 'tusk' – that he uses to carry precious clams and their delicious meat over to their favourite rock, used for smashing the clam open. This fish can use tools, and he doesn't even need an opposable thumb to do it. So much for that 'fish only have a five second memory'. 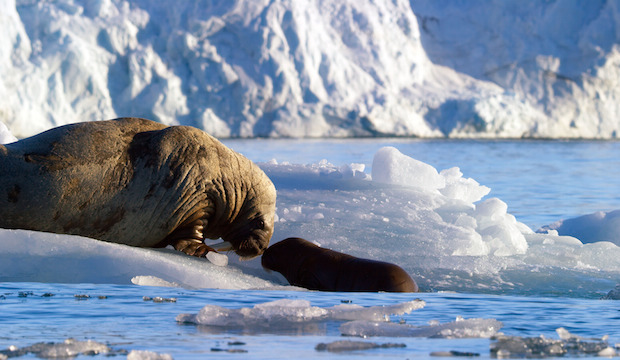 OK, obviously it's not a fish, but the villain of Attenborough's 2017 nature documentary isn't horrid snakes or nasty whales, it's the effect that global warming is having on the sea's animals. Pictured here is a mother walrus and her cub, struggling with the ocean's warming effects. Melting snow means nowhere is safe for her little one to rest. Think of that next time you leave the bathroom lights on.

If episode one isn't enough underwater action, check out the five minute prequel the BBC released earlier this month.