Black Mirror: Bandersnatch – everything you need to know

The new standalone chapter of Black Mirror, Bandersnatch, is an interactive film, starring Fionn Whitehead (Dunkirk) – here's why it's so important

Around the same date in 2017, all six episodes of series four came out – which suggested that more of the same would follow in 2018. But Bandersnatch is brand new, alone, and unlike anything we've seen before.

It's a standalone installment, and it marks a turning point for the TV show, as well as the way we consume media on Netflix, and beyond. 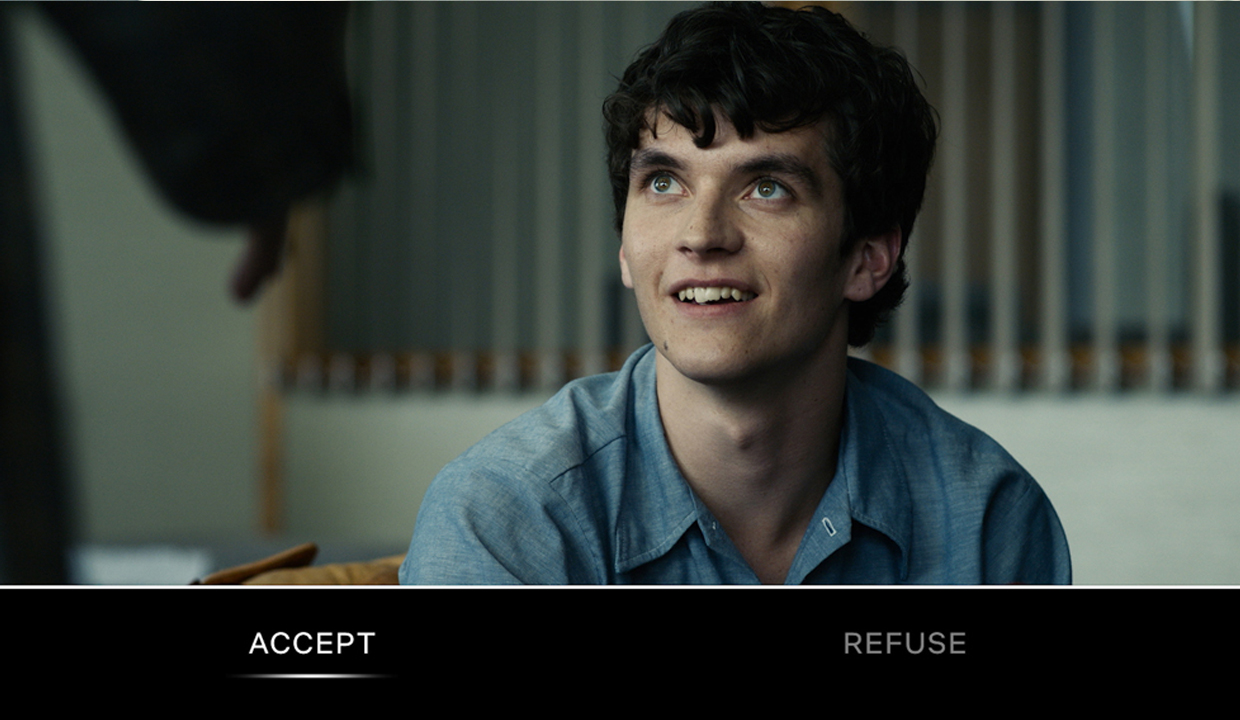 You will have to decide what Stefan (Fionn Whitehead) has for breakfast, but there is much more than that to come

Black Mirror: Bandersnatch is the first ever interactive movie for adults. Netflix toyed with the possibilities of interactive media with the kids' show Puss in Book: Trapped in an Epic Tale in 2017, which was well-received, but this is the first time that decisions have such mature repercussions.

The experience is littered with multiple-choice questions for the viewer to answer to allow the story to progress. This isn't a metaphor – while watching, you intermittently have to click one of the options to guide what happens next. Bandersnatch is full of winks to the past, but you don't have to have seen any previous Black Mirror episodes to understand or enjoy it. You do, however, need a laptop or a fairly up-to-date Smart TV for the interactive technology to work.

What is Bandersnatch about?

Set in 1984 London, Bandersnatch follows the journey of a young computer programmer, Stefan Butler (Fionn Whitehead), as he pitches a new video game he is developing called Bandersnatch. He bases the idea on the choose-your-own-adventure book of the same name by Jerome F. Davies – an author who descended into madness and murdered his wife.

As his project develops, Stefan spirals and begins to question the decisions in his life and the people in it. His strained relationship with his father (Craig Parkinson), childhood trauma and unstable mental health child could suggest some kind of inevitable downfall. But his fate is affected by different choices (from brands of breakfast cereal to possible suicide), mostly determined by the viewer. 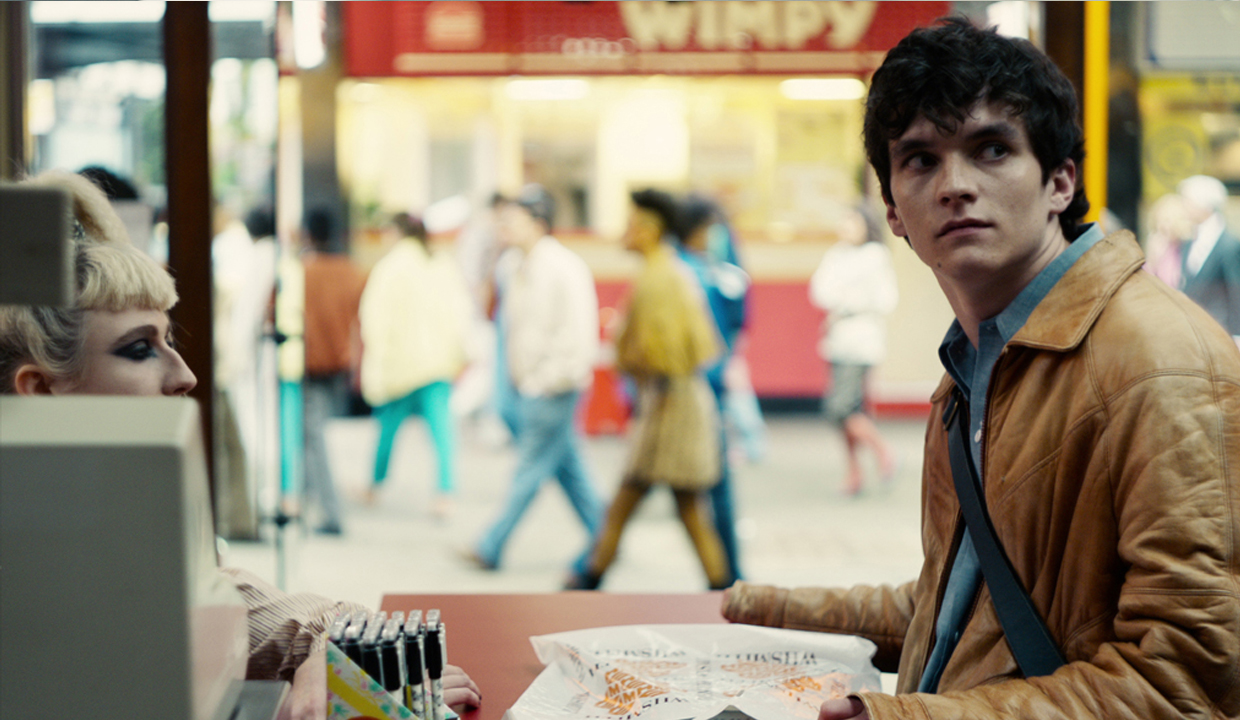 The pale face of the young lead actor might seem familiar – Stefan is played by Fionn Whitehead, who got his breakout role as the lead in Christopher Nolan's Dunkirk, and starred in The Children Act opposite Emma Thompson.

Will Poulter plays Colin Ritman, the enigmatic programmer and Stefan's sort-of mentor. The actor made his debut with Son of Rambow in 2007, and has since appeared in We're The Millers, The Maze Runner, and The Revenant. This year he'll be starring in Ari Aster's follow up to Hereditary, Midsommar.

Where does the word Bandersnatch come from?

The word 'bandersnatch' first referred to a fictional creature in Lewis Carroll's 1872 novel Through the Looking-Glass. It's mentioned briefly in the poem 'Jabberwocky', and is later seen to have a long new and snapping jaws in Carroll's 1874 poem The Hunting of the Snark. A bandersnatch has been described as 'a wildly grotesque or bizarre individual' as well as a 'fabulous animal'.

In 1984, there was a video game called Bandersnatch in development in the real world, by Liverpool-based firm Imagine Software. The game was highly anticipated but never released, as the company folded after 18 months.

For four seasons, Black Mirror has offered seasons of episodes that are straightforward – at least in their format. The runtime is usually around 40-50 minutes, while one episode is allowed a longer runtime (White Christmas, Hated in the Nation USS Callister). Allegedly, Bandersnatch can run up to an hour and a half, but most viewers tend to reach the end by 65-70 minutes.

'It wasn't really designed as a game, it was designed as a cinematic experience', Jones added, then leaving the field open for each viewer, participant, cynic. 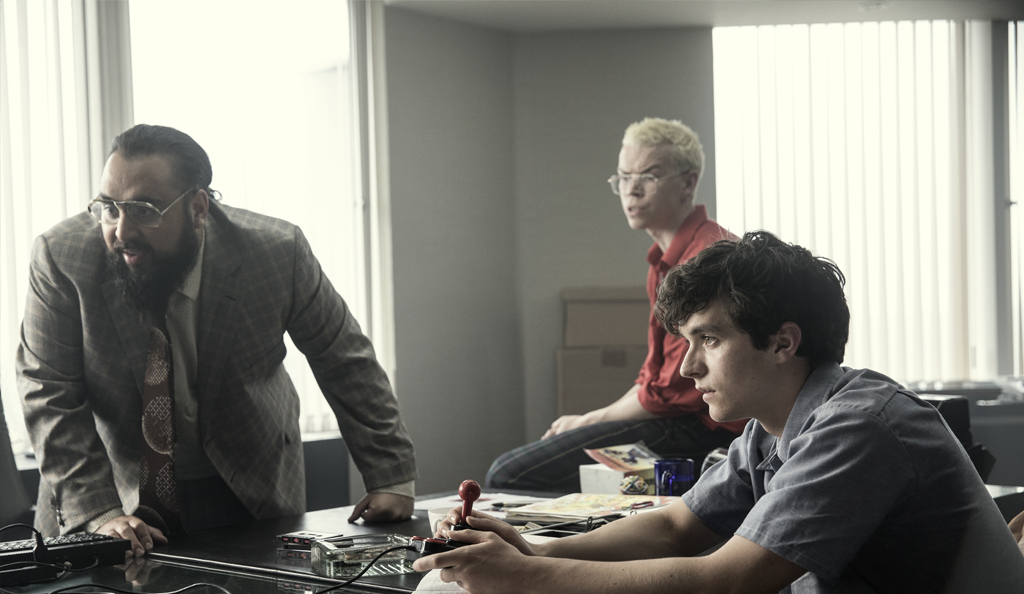 Asim Chaudry, Will Poulter and Fionn Whitehead in Bandersnatch

Is it worth watching?

In short, yes. The choices begin easily, but scepticism soon gives way to genuine investment in Stefan's life. The interactive element is woven into the plot at a regular pace, stimulating the viewer frequently without ever feeling cheap.

While some endings point you in recognisable directions, discussions in the first week since Bandersnatch has been released have shown that the events that felt so impactful for some viewers didn't even appear for others.

While watching it, there isn't an indicator of how much time has elapsed, or how long there is to go. You can't rewind or fast forward, which makes it much more engaging to focus on the choices in the moment – and tempting to revisit time and time again.

What does this mean for Black Mirror Season 5?

There will still be a full season of new Black Mirror episodes later this year – all non-interactive, conventional TV stories again. So far, the only name attached to the new season is Miley Cyrus and all other details are still hazy. As ever, with Black Mirror, you won't know anything until they want you to.