Glass attempts an Avengers-like clashing of David Dunn (Bruce Willis), Mr Glass (Samuel L Jackson), and – bizarrely – the Horde (James McAvoy) from Shyamalan's 2016 schizophrenic horror film Split. They are promptly locked up in an old asylum by Dr Ellie Staple (Sarah Paulson) who believes they’re under the delusion of being superheroes. 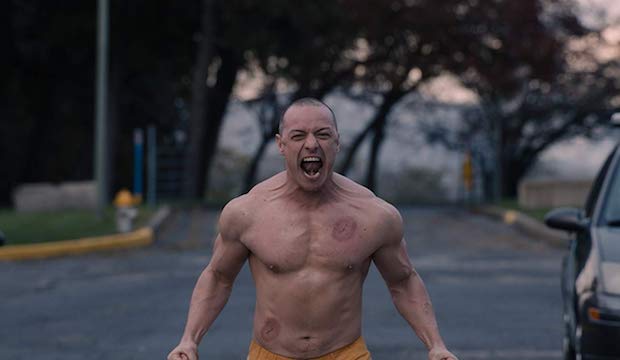 James McAvoy carries on his murderously eclectic performance from Split

Glass stretches out the same rationale and confusion solved at the end of Unbreakable: do these people have supernatural abilities, or is there a logical explanation? David’s bones can’t break, Mr Glass’s bones always break (his power is… his mind), and the Horde is a collection of 24 personalities including a primal, violent, wall-climbing character called ‘The Beast’. Once these abilities are questioned by Dr Staple, they become confused and we're confused – but it’s hard to care about whether they’re 'superheroes' or not.

The asylum floor belongs to McAvoy, who manages to carry on his murderously eclectic performance(s) from Split with enough fear and humour with every persona. Willis and Jackson are pale in comparison, largely the fault of their underwhelming characters. Mr Glass is still in a wheelchair and David still loves a good poncho, but the conflict between them – one of Unbreakable’s few engaging positives – is regrettably brief.

Glass can be intriguing, admirably endeavouring to shake up the superhero movie, but it’s quick to shatter. Instead of providing something new to revise the genre, Glass serves to prove that Marvel know what they’re doing and Shyamalan really doesn’t.

Glass is released in UK cinemas on 18 January 2019 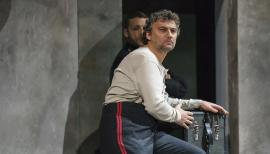