The film spreads attention across three young men, each teasing out a different anxiety while highlighting the actors’ innate charm. When an innocent man is shot by a police officer and a bystander films this with shaky, but dangerous proximity, the resulting events affect a much wider community and jeopardise the already tricky relationship between the police force and civilians in the US.

Washington carries the weight of Dennis Williams, a police officer who grits his teeth as he tries to do his job within a society that paints him both as a saviour, and a criminal. The actor’s confidence is tested, as, when off-duty, Williams is pulled over by police officers six times more than his colleagues, just because of the colour of his skin. Washington walks the line of anger and self-preservation with brilliant tension. 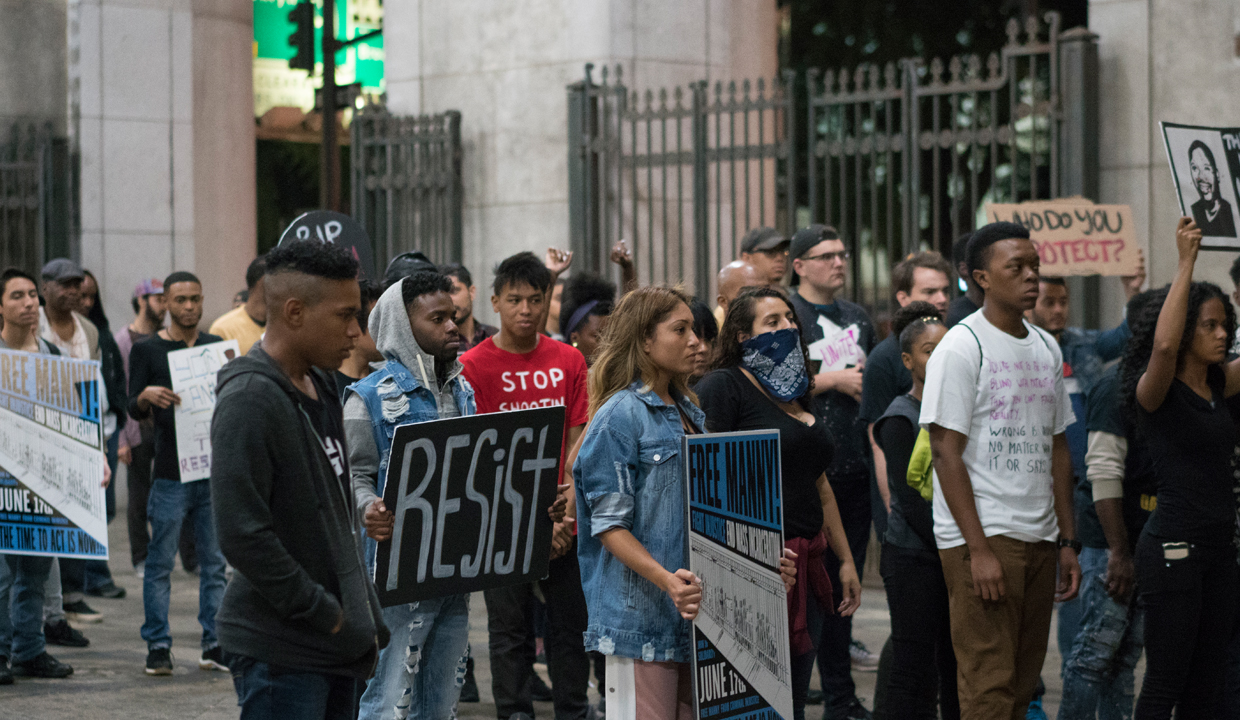 In Monsters and Men, collective justice comes to a head with individual preservation

Anthony Ramos may seem familiar from his origins as John Laurens/Philip Hamilton in Hamilton, and he played a warming sidekick to Lady Gaga’s Ally in A Star Is Born. As Manny Ortega, the young hustler who films the shooting, Ramos gives Monsters and Men an electric shock that triggers a chain reaction of events and builds the film’s captivating catalyst. His performance cuts from the jaw, every flinch carefully adding to the tension that Green deftly explores.

What could play out like a conventional cat and mouse game operates with unpredictable intrigue, offering fresh storytelling to convey a timely but still endlessly complex message. Navigating the fight for collective justice and a need for individual preservation lays a minefield, but Green succeeds in his story by constantly shifting focus between the importance of family (a tender conversation in bed and the optimism of a moment throwing paper airplanes) and the difficult realities of respecting the job.

Kelvin Harrison Jr. completes the trifecta giving Monsters and Men its balance. The young actor conveys a sense of curiosity, and the importance of finding your voice when you know the world needs it. By widening the story further to involve more than just those who are immediately affected, Green speaks to an audience and invites us to simply do better. Injustice is everywhere – what makes a monster and what decisions one must make to be a 'good' man requires more than black-and-white understanding.