Acclaimed novelist Ian McEwan adapted his own novel for the screenplay of The Children Act. The result is a messily emotional affair, in which Emma Thompson tries to shine

McEwan wrote the novel of the same name in 2014, then penned the screenplay only a year after On Chesil Beach hit cinemas, another harrowing portrait of lonely lovers and muted pain. The Children Act focuses on the dilemma faced by the Honorable Mrs Justice Maye DBE, as she must decide the fate of a 17-year-old boy whose parents are refusing to accept a lifesaving blood transfusion because of religious reasons. It turns out that the boy, Adam, has his own agenda too, and what ensues is a strenuous emotional battle opposing life and dignity.

Thompson thrives in a steely, powerful role which demands control and involving nuance to survive. As Fiona Maye, she operates in a court of law, not morals. This is a way of living that spills out of the courtroom into her personal life as she struggles with her unexciting marriage. After 20 years together, Jack (Stanley Tucci) calmly informs her that he’s going to have an affair. They haven’t had sex in 11 months. 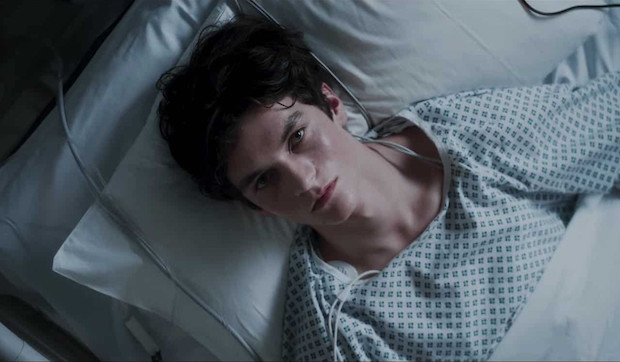 The film revolves around Thompson’s captivating performance, which does its best to save an otherwise confusing war of emotions. The script is rickety and funny to the point of discomfort, as Jack delivers lines that hopefully no one with any real romantic relationship has ever actually said. When he reads a bedtime story to his nieces, it sounds like a TED talk.

But the most bizarre affliction is plagued to Fionn Whitehead. The breakout star from Dunkirk deals with a character who is desperately conflicted, in a way that almost feels mocking. Reckoning with his own life and the urgency that he places on every new decision that comes with it, McEwan has written a character that doesn’t invoke empathy as it should, because the writing and direction has turned his desperation into ridicule.

No 17-year-old is incredibly articulate, but adapting written words with an overly sentimental wordiness only detracts from Adam’s credibility and Whitehead’s clear dramatic potential. There’s great depth in the actor’s physicality, but an unnecessary strain in the direction he’s been given.

Reaching an upsetting climax with little emotional satisfaction, it’s disappointing that such a serious matter ultimately feels so silly. Showing how helpless our emotions (or lack thereof) can make us feel, The Children Act feels plagued by its own doomed destiny. Life or dignity, feeling loved or dying – here, you can only choose one.