1 CW reader is interested
Mission: Impossible — Fallout film review 5 Mission: Impossible — Fallout film review Daniel Lewis
No matter how old and pretentious we become, there’s still an action-craving inner-child desperate to climb out. It’s been suppressed over the last few years by bulletproof superheroes and oversaturated CGI, where we might as well be watching a mate play a video game. But in Fallout – the sixth instalment of the Mission Impossible series, the fourth under the wing of J.J. Abrams, and the second helmed by frequent Cruise collaborator Christopher McQuarrie – that child, that reason for falling in love with movies in the first place, springs out and has a bloody good time.

A terror organisation called The Apostles – a splinter group rising from the ashes of the 'Syndicate', led by Solomon Lane (Sean Harris) in MI: Rogue Nation – wants to cause great anarchy in the world in accordance with their genocidal manifesto stating 'the greater the suffering, the greater the peace'. Ethan Hunt’s (Tom Cruise) mission, should he choose to accept it, is to infiltrate the terrorists’ arms deals to find their chief dealer, known as 'John Lark', to prevent any future attacks. 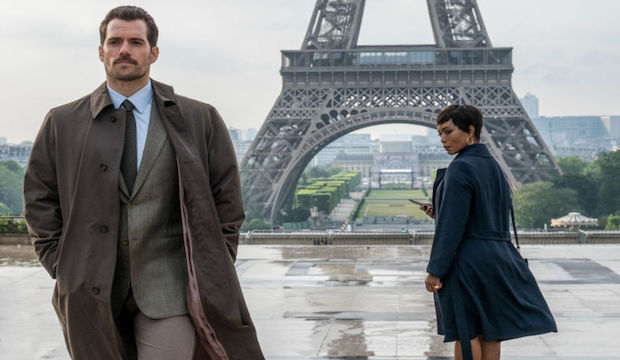 I could spend so many words writing about the plot – it’s so layered and convoluted and, most importantly, easy to follow. The twists and turns in the story match those of every chase scene, and it’s a delight to watch it thunderously unfold. Some conflicts are resolved too easily, with Ethan being a little too omniscient (his key catchphrase in the film is 'I’ll figure it out') but, considering the madness of everything else – Cruise in particular – it’s not hard to accept.

Instead of focusing on one ludicrously dangerous stunt, used to promote the film, Cruise encounters several. Fallout reaches peak-level palm-sweat as he hangs from a helicopter, in a scene that will be admired for years to come. There’s no CGI here (or not much), so Cruise is really hanging from that absurd height – and, unlike the Burj Khalifa in Ghost Protocol, the chopper is always moving. Ethan’s mistakes look skin-shakingly, yelpingly real. 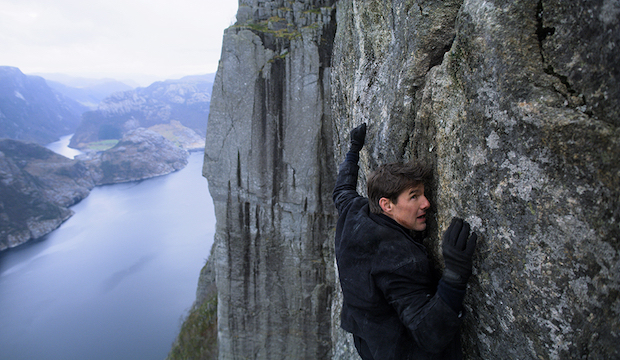 It’s a surprise that the dialogue isn’t better, considering the script was penned by the same hand that wrote The Usual Suspects. Most of the characters’ exchanges are functional and stuffed with lame clichés and cheesy aphorisms. This is dialogue between expositional robots, buying some break-time before the next stomach-twisting action scene. There were times it even seems intentional, as if McQuarrie wants us to dread the dialogue and yearn for the action. And, to the delight of our impatient inner child, it works.

McQuarrie joins the ranks of the best action directors of all time, creating some of the most frightful and exhilarating action sequences in movie history. If last year’s Baby Driver was a car-chase musical, Fallout is a ballet of screeching wheels and soaring bullets. It’s pure cinematic artistry, especially as Rob Hardy’s camera dances with seemingly impossible stunts. Even though the characters aren’t trimmed around the edges, it’s still a two and a half hour adrenaline-shot that’s certain to shake even the most pretentious moviegoer.